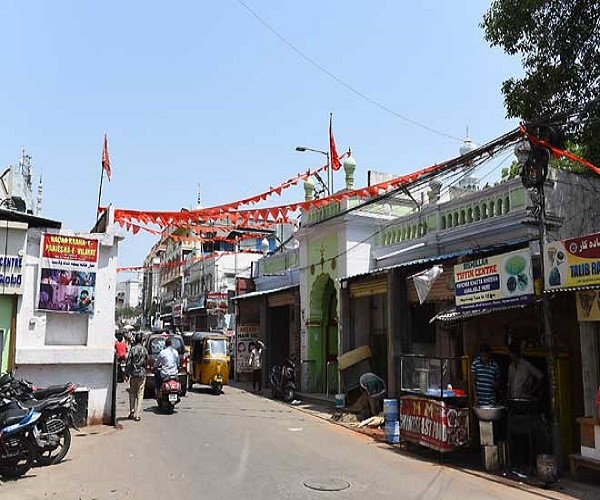 The area of Panje shah houses relics of saints and the Messenger of God and many stories of forgotten riches at old city in Hyderabad. The area of Panje shah has a rich history behind it. The word, ‘Panja’ means an ‘imprint of hand’. It is located on the left of the main road leading towards Kaali Kamaan from Aitbaar Chowk. The story goes that during the reign of Sultan Abdullah Qutb Shah, a person named Ibn-e-Sher Ali came to Golconda from Najaf-e-Shareef in Iraq, where Hazrat Ali is buried.

He brought an imprint of the Hazrat’s hand and gifted it to the Sultan, who built an Aashoor Khana and installed the imprint there. The imprint is an amalgamation of metals and resembles solid wax. Light brown in colour, it is about 15 inches in length and 8-10 inches in width. The holy names of Prophet Mohammed, Hazrat Ali, Hazrat Bibi Fatima, Hazrat Hasan and Hazrat Hussain are engraved on the Panja. It is covered with a piece of cloth. Above the Panja on a platform is an alam (standard). Since it was installed by the king, the area came to be known as Panje shah.

ALSO READ:  What Can You Get In Rs.100 'Street Shopping' At Charminar In Hyderabad?

During the mourning month of Moharram, more alams are set up around it. A round stone cistern is placed in the courtyard, where the sharbat prepared during this month is stored and distributed to the visitors.

On the walls are some paintings depicting the martyrs of Karbala, scenes of strange phenomena like bleeding trees among other subjects of the artworks.

Opposite this holy place is another place of faith called ‘Qadam-e-Rasool’, where a foot-print of Prophet Mohammed is placed. Sayyad Mohammed Ali is said to have got it from Isfahan, Iran, in 1575, along with adequate proof of its authenticity. He bought a large house, got it decorated and installed the footprint there. (Qadam-foot, Rasool-Prophet Mohammed). There are two stone reservoirs at the gate which are filled with milk beverage (sharbat) and distributed to the devotees during Moharram.

The annual Bibi ki Sawari, which arrives on an elephant stops here on the 10th day of Moharram. It is said Bibi Fatima, the daughter of the Prophet and mother of Hazrat Hussain, laments and woes about the merciless killing of her son in Karbala. This scene is so heart-rending that it leaves everybody present in tears and inconsolable.

Apart from the holy footprint, relics such as the hair of Hazrat Ali and Hazrat Hussain are also kept here.

Gurvanna gali
Opposite Panje shah is a lane named after Hakeem Guruvanna, which leads to Mir Alam Mandi. An important landmark of this lane is Kashmiri Qivam factory, established by the descendants of Guajarati businessman Poorandas Ranchoddas, in 1973. Qivam is a paste made of saffron, tobacco, cardamom and other spices which is added to paan to give it a kick. This Kashmiri Qivam was a favourite with film stars like Sunil Dutt, Meena Kumari and Nargis. Shaik Mujeeb-ur-rahman, the first President of Bangladesh was also a customer. Apart from Qivam, a hair oil named ‘Zulf-e-Kashmir hair oil’ is also prepared here. The factory is spread over a vast area of 3,700 sq yards and is managed by the grandsons of Poorandas ji. A Shivalaya has been constructed here near a large peepal tree.

Deghchi galli
This lane is situated close to Guruvanna galli and owes its name to a fantasy like story. Long ago, a deghchi (a vessel) full of rich gems and jewellery was found here during digging. Close to Panje shah is another lane called Kotaah galli (narrow lane) which is erroneously called Kotta galli.

On the way to Panje shah from Aitbaar Chowk, lies the haveli of Raja Mahipat Ram, an army commander and a minister of the second Nizam. It was called ‘baawan darwaazon ki haveli’ since it had 52 doors. The havelis of Raja Vithal Pershad and Raja Shainblum Pershad were also located here and came on the way to Kaali Kamaan and Gulzar Houz.

Upon crossing the Kaali Kamaan, one also gets to see several shops selling kites, thread, maanja and charqas. The kites have many fascinating names like dulhan, pachchisi, langot, aiyyawar, ek qakam, gola suleman, chand-tara, singhada, and lehanga. Similarly, the names of maanja are also very interesting like motiya, gandhak, feroza, and angoori to name a few. #KhabarLive 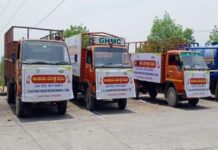 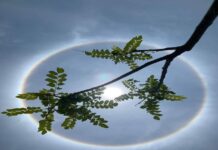 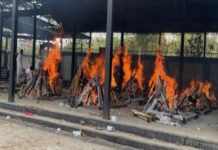 ‍Why Hundreds Of Dead ‍‍Bodies Piled Up For Cremation Delay In Hyderabad? 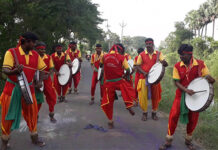