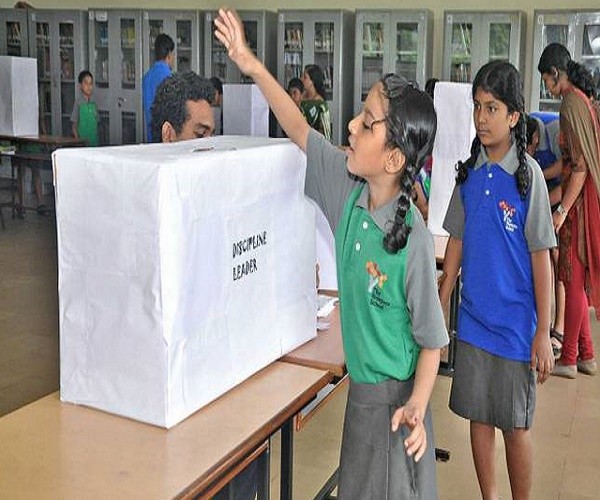 They have been roped in to spread awareness on voting rights. School children may not have suffrage, but they will don the role of election emissaries in the Hyderabad district during the run up to the Telangana Assembly polls, scheduled for December 7.

The district election authorities here have decided to reach out to the parents, the targeted voters, through their school-going children, in order to improve the polling percentage in the city. They have devised a strategy to send pamphlet-sized letters to the parents through the children, to be duly endorsed by the latter and returned. The letters will be in three languages, Telugu, English and Urdu.

The letter begins by talking about respect for the Constitution, and the importance of exercising franchise for sustaining democracy, before going into specifics.

Hyderabad has registered mere 53% polling during last elections, despite its high literacy rate, it points out and reminds the parents of their responsibility to act as role models for future citizens by participating in the election process.

“We are looking at the 1000-plus registered schools within the Hyderabad district, with an aim to distribute a minimum of 25,000 letters in each of the 15 Assembly constituencies. Even if we can reach out to half of the 40 lakh registered voters through this initiative, we can term it a success,” says the Commissioner of the GHMC and District Election Officer M.Dana Kishore.

Meetings towards this will be conducted on Friday by Returning Officers of the respective constituencies, where the details will be discussed with the Mandal Education Officers and Head Masters of various schools.

The city is notorious for its pathetic polling percentage, and its 53 % last assembly elections even in the thick of Telangana movement, pales in comparison with the State’s overall polling at 72%. #KhabarLive