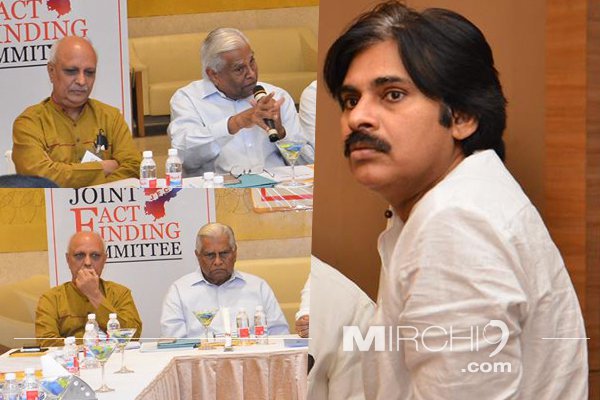 The clear anti-TDP strategy adopted by Pawan Kalyan’s JFC. In this the, IYR Krishna Rao who worked as the former Chief Secretary in Andhra Pradesh government was made as the head of Brahmin Corporation later. But then, IYR was shown the door out for getting involved in anti-government activities.

Since then, IYR Krishna Rao has emerged as a critic to TDP government and is trying to trouble Chandrababu Naidu’s government.

TDP already has it apprehensions with Undavalli and the leaders of Communists and Congress in this committee and now it is confirmed that Pawan Kalyan accumulated a pack of anti-government people.

TDP has arrived at a conclusion that the committee cannot be neutral. #KhabarLive