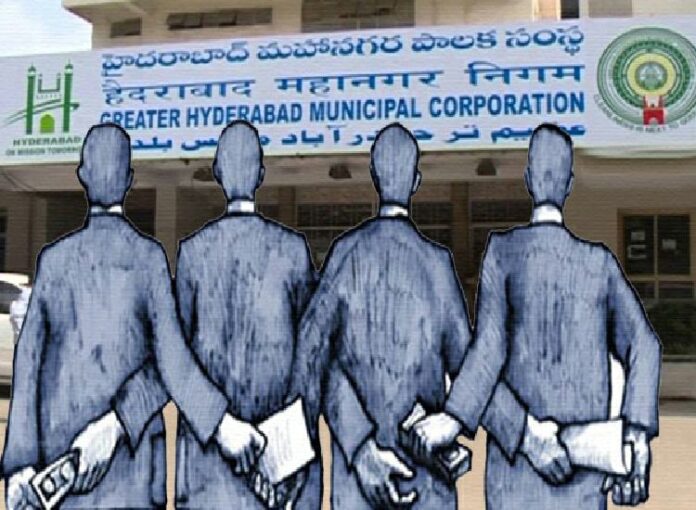 Getting a birth/death certificate is a big deal in the twin cities these days, unless you are willing to grease the palms of health assistants deputized by their corrupt superiors. If you are willing to pay up to Rs 3,000 you can get a birth/death certificate in no time. Otherwise, they cite delay due to ‘outsourcing’ of the work involved and keep you running around them.

In view of mounting irregularities in the issue of birth/death certificates, and inability or unwillingness of many families to pay money for illegal gratification, many of the related files have not been cleared by the authorities concerned for over six months. Corrupt officials have been using health assistants as pans to negotiate deals.

ALSO READ:  Chowmahalla Palace – A Showcase of Grandeur Lifestyle of Nizams in Hyderabad

Under normal circumstances, citizens ought to get birth/death certificates within 15 days of submitting applications. However, corrupt elements have made the issue of birth and death an underhand source of income.

In Niloufer hospital, a government facility, over 5,000 applications pertaining to birth/death have not been processed for over six months. Some citizens, vexed with the necessity of running around government offices, choose to instead line the pockets of touts to obtain their certificates. Such citizens have been paying amounts ranging from Rs 1,000 to Rs 3,000 to get their certificates.

In Charminar circle, over 3,500 applications have been kept pending for over six months.

In contrast, things move fast as well as far and wide if the moolah comes in through the right channel. A higher official in Karwan Circle gave death certificate to a person who is currently working in Dubai. This, his colleagues vouch secretly, is the height of corruption of just one man. The matter came to light when some persons who tried to misuse the certificate were caught red-handed by family members of the person working in Dubai.

To cap it all, in Khairatabad Circle of the GHMC, officials issued birth certificate to a person’s ill-gotten child.

The Greater Hyderabad Municipal Corporation has entrusted the task of issuing birth and death certificates to outsourced staff. Taking advantage of this, some of the officials are indulging in corruption. So far, cases have been registered against at least 10 health assistants who are believed to have acted at the behest of their superiors. #KhabarLive #hydnews