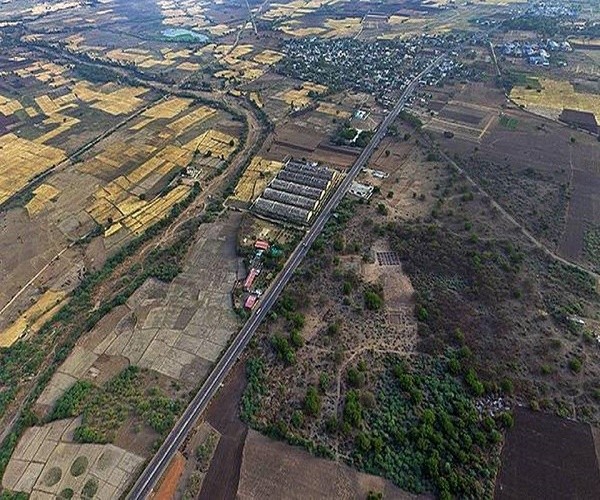 Coins, terracotta beads, pearls, semi-precious stones unearthed at Peddabonkur village of Karimnagar. The Hussain Miyan Vagu, a tributary of Godavari, flows beside the largely agriculture village of Peddabonkur in Karimnagar district. But 20 centuries ago, it was a flourishing trade centre.

“The vagu (stream) might have been a source of water for the village that flourished in the 1st and 2nd century. The village had flourishing trade centre during Satavahana rule and later in Chalukya times,” says N.R. Visalatchy of the Department of Archaeology and Museums (DAM). The Satavahanas ruled between 1 BCE and 2 CE in a region that now stretches over Andhra Pradesh, Telangana, Karnataka and Maharashtra while the Eastern Chalukyas ruled between 7th and 12 century.

The DAM recently finished excavation of the Satavahana era site and a vast trove findings about 922 artefacts were discovered in one layer. The excavation throws a new light on the Satavahana era and the trade links of the village in the interiors of Karimnagar. The coin hoards unearthed include punch marked coins dating to pre-Satavahana era, variants of Satavahana coins, Eastern Chalukyan coins, Pallava coins and one Chola coin.

“The coin collection makes me believe that the village was continuously inhabited for a long time and had trade relations with many places in the country,” says Ms. Visalatchy who led the excavation team. Besides agricultural produce and cattle trade; the village had a tradition of textile manufacture. Needles, knives and nails have been uncovered at the site.

It is not just the trade links that formed a key part of the findings at Peddabonkur. Among the artefacts are 500 terracotta beads. “We recovered 50 tiny pearls from the site. The pearls are very small and the technique for drilling a hole through them and stringing them would be worth researching,” said Ms. Visalatchy.

Among the other findings from the site are jade, jasper, shell bangles besides crystal and semi-precious stones. The findings also include amalkha gold foil work, the ribbed shape of amla, for ear rings.

From a historical perspective, this was one of the biggest finds during the archaeological season for the DAM. A report cataloguing the finds as well as the historical context has been sent to the Government of India. #KhabarLive