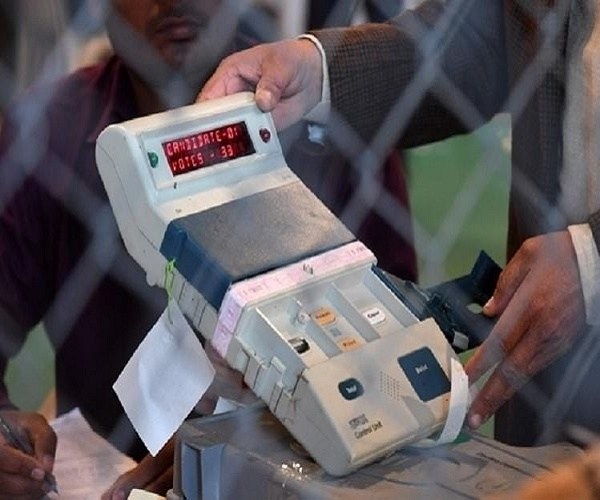 In a bizarre incident, the Returning Officer from Andhra Pradesh’s Krishna district handed over the Electronic Voting Machines (EVMs) used for polling on April 11 a day late, claiming that he and his team had caught up on some sleep after the conduct of the election, which resulted in the delay.

The incident took place at Penamaluru segment and the returning officer in question said that his team had not slept properly for three days prior to the polling, to make sure that everything was in order.

According to reports, polling in the segment, which had 303 polling booths, went on till late in the night on April 11, as a few EVMs were found to have glitches. This included one polling booth each in Kanuru and Vanukuru and two booths in Yanamalakuduru.

According to the due process, the EVMs from the segment were supposed to have been deposited in a strongroom at the campus of the Krishna University, the same night. However, it only reached there late in the evening of April 12, much to the shock of the local Assembly and Parliament observers. When they asked for an explanation, the officer said that they had fallen asleep due to fatigue.

The EVMs were later accepted and were placed inside the strongroom. However, Andhra Pradesh Chief Electoral Officer (CEO) Gopalakrishna Dwivedi has sought a report on the delay.

Andhra Pradesh recorded 79.74% voting in simultaneous elections to the Assembly and the Lok Sabha on April 11, the Election Commission said on Tuesday, revising its final figures as polling was marred by delay due to the non-functioning of EVMs.

A total of 319 candidates were in the fray for the 25 Lok Sabha seats and 2,118 for the 175-member Assembly. The ruling Telugu Desam Party (TDP), opposition YSRCP and actor-politician Pawan Kalyan’s Jana Sena Party-led alliance were a third option on the ballot for voters.

ALSO READ:  A 'Triangular Contest' Is Expected At 'University Of Hyderabad' In This Year 'Student Union Elections' To Be Held On October 05

The highest voter turnout was recorded in the Narasaraopet Lok Sabha constituency, which saw 85.53 percent voting. The Visakhapatnam constituency registered the lowest turnout of 67.25 percent. #KhabarLive