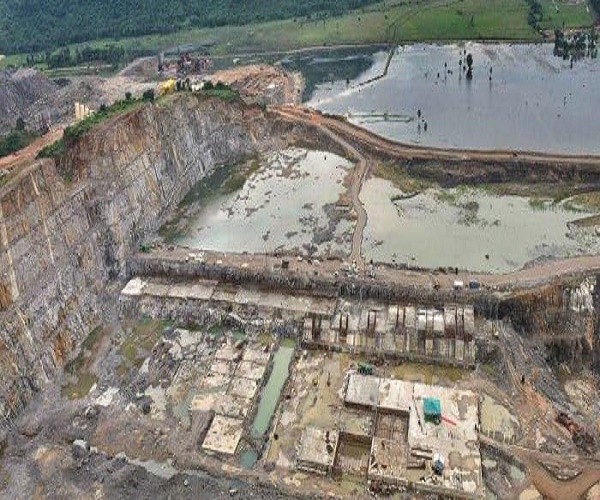 The Centre should brook no delay in accepting the DPR II for Polavaram Project for Rs.59,000 crore which includes Rs. 28,000 crore for land acquisition, relief, and rehabilitation. AP Chief Minister N Chandrababu Naidu has pinned all his hopes on early release of funds for the project which is considered lifeline of AP.

He wants to be seen as one working feverishly to ensure the flow of water with help of gravity at least by the time he goes to elections next year. The TDP expected that Polavaram would be a vote-churning machine in the elections but the plans are coming unstuck with the centre not being very helpful.

In fact, Polavaram is one of the main issues that had driven a wedge between the state government and the NDA with both sides trading barbs on utilisation of funds released for the project. The last straw proved to be the centre’s queries over the change of contractor for the mammoth project which sent Naidu into a rage at the centre last year, even forgetting that the BJP was his ally at that time.

Naidu ever since the bifurcation of Andhra Pradesh had focused on Polavaram. He lobbied for transfer of seven mandals in Telangana state to AP to facilitate hassle-free construction of the project, Telangana chief minister KCR’s protest notwithstanding. Naidu wanted to complete the first phase of the project by December this year so that he could go to elections in 2019 comfortably.

As the construction of the project began gathering speed after Naidu took over as the chief minister of AP in 2014, the flow of funds from the Centre for the national project began slowing down gradually and finally the funds began landing in fits and starts.

Though Naidu and Telugu Desam leaders seethed inwardly over inordinate delay in the release of funds, they did not show. After two- and- a half years, BJP leaders, who were beginning to sense that the TDP was not all that happy with the Centre, began making snide remarks at Naidu as to why he was not submitting utilisation certificates for the funds sanctioned by the Centre, implying irregularities. They were not very vocal since the TDP and BJP were still allies.

But the Opposition leader YS Jagan Mohan Reddy used to come down heavily on Naidu and the Telugu Desam government on several counts. The important one was that Naidu had acted with unusual haste in asking for the transfer of construction responsibility to the state government, though Polavaram was supposed to be taken up by the Centre as it is a national project.

At his 81st virtual review of Polavaram on Monday, Chandrababu Naidu pointed out that the state was spending its precious money on the project hoping that the Centre would reimburse it but the arrears kept accumulating and now they have reached a Rs.3,161 crore mark.

The total expenditure incurred up to November 9 was Rs. 15,024 crore and the expenditure incurred after it was declared as a national project was Rs. 9,888 crore. The centre has so far reimbursed only Rs.6,727 crore so far as against the revised estimate of the project which stands at Rs. 59,000 crore.

Another factor that is causing concern is the delay in clearance from the Central Water Commission for 11 designs for spillway channels, earth dam, and gates. The centre should fast-track the work relating to Polavaram as it is a dream that had not come true for decades. #KhabarLive