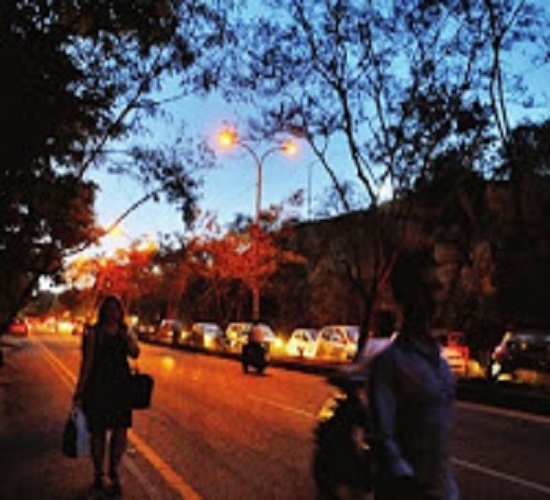 The security concerns of working women in Hyderabad is making news
to worry, with the IT hub in Hyderabad is still grappling with
security loopholes, women confess they would rather spend their
night waiting in offices than venture out alone after sunset.

Considered a safe haven for Hyderabad’s four lakh-strong working
class, 30% of which are women, Hi-Tec City’s image took a severe
beating in 2013 after two horrific incidents ­ within a span of
eight months ­ gave residents of this cosmopolitan pocket a
reality check.

Tales of the unfortunate techie who was gang raped in a car or
that of a young professional who had to pepper-spray her way out
of a moving autorickshaw to escape a rape bid were hard to forget
for women travelling to and from that part of the city every day .
Suddenly , women who had never thought twice before stepping out
of their workplaces alone at any time of the day or night, became
hesitant. Being accompanied by a male colleaguefriend became the
new norm.

While ever since, the area has been relatively free of such
crimes, there is still a plethora of concerns that haunt
Hyderabad’s western corridor ­ poor network of public transport,
inadequate streetlights and unhelpful traffic police personnel,
being some of them. And now, to make matters worse, some major
firms have completely withdrawn travel facilities they offered to
their employees until recently. Reason? Cost cutting.

“These policies show how negligent companies are concerning
security issues of their women staffers. If providing pick-ups and
drops are such a financial burden, they should deduct the cost
from our salaries. Doing away with it completely isn’t correct,“
rued Madhurima Niyogi, a lead consultant with Alliance Global
Services.

Her grievance is shared by many others, particularly those working
on late-night or `graveyard’ shifts. “I work for a client based
out of the US and I am, therefore, required to be in office from 2
pm to 11 pm. Because I am so petrified to travel by myself late in
the night, on several occasions I stay back in office and leave
only after 8 in the morning,“ confessed Preeti Vikas (name
changed), a consultant with Tech Mahindra.

In fact, nobody is comfortable availing the cabs or share autos
found parked in the area.The drivers, they complain, are often
extremely rude, disrespectful and unscrupulous.While buses are a
safer alternative, there aren’t many plying in the `hi-tec’ zone,
women lament.

“There are barely any buses on the Hi-Tec City-Mehdipatnam and
Biodiversity-Mindspace Junction routes past 10 pm. So when I get
late, I am either compelled to stay back at a colleague’s house or
wait for my parents to pick me up,“ said 22-year-old Gayatri
Dhulipala, who works for Infosys.

That most roads connecting the areas around the technology hub are
very poorly lit and manned by disinterested traffic policemen only
compound the problem. “My friend once decided to walk to her
hostel in Kondapur, which is a short distance from her
workplace.Within minutes of hitting the road, she was eve-teased
and groped by a bunch of motorists.As the area had no
streetlights, she couldn’t even make a note of their vehicle
numbers,“ said Umesh M, a freelance architect.The desolate police
booths in the neighbourhood were, predictably, of not much help.

Security agencies operating in Hi-Tec City admit to these
loopholes in the system, but claim that efforts are on to address
them. “The Internal Complaints Committee (ICC) of most companies
is ineffective. So, we are launching two “SHE“ shuttles and
womenonly bus services from June 29. These buses will run along
two routes ­ Madhapur Police Station and Hi-Tec City MMTS
station,“ said Bharani Kumar Aroll, secretary , Cyberabad Security
Council. `Reach Safe’, a mobile app to track these buses will also
be launched.

The Society for Cyberabad Security Council (SCSC) is set to launch
two special programmes for the benefit of women techies. SCSC is
working on developing resources within every ITITES company so
that employees can be given guidance while seeking police and
legal support.“Many women are often hesitant to approach the
police for fear of their identity being revealed.These forums will
help them cope with this and ensure that they get justice,“ said
Bharani Kumar Aroll, secretary of the security council.

They will act as a medium for women employees to reach out to
internal company support forums, police & law enforcement
personnel. These resources will be nominated by the company and
certified as Margdarshaks after formal training and certification
by SCSC.

Well-recognized NGOs will be available on call to address security
issues of women employees. They will provide help and even connect
the women to law enforcement agencies.#KhabarLive 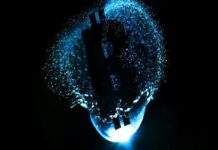 ‍Is Bitcoin In A Dangerous Bubble? 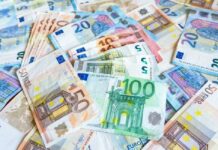 Top 16 Strongest Currencies In The World