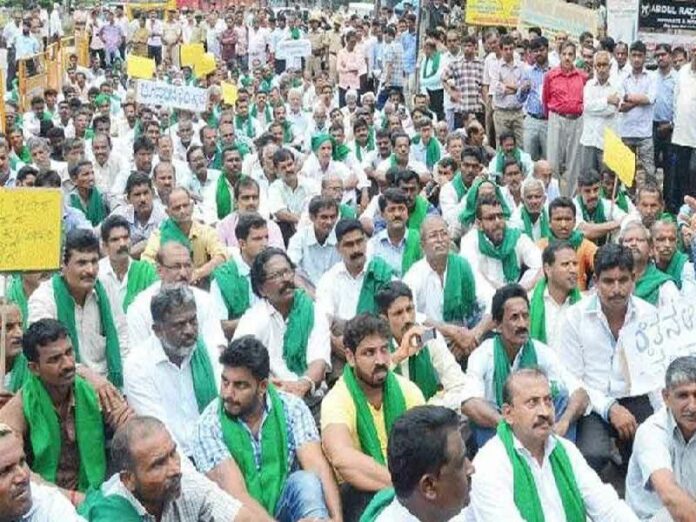 Amaravati farmers’ agitation has completed its first anniversary. Men, women and youth from farm families of the erstwhile CRDA (Capital Region Development Authority), which donated 33,000 acres of land for the development of the State Capital, observed yet another protest day to mark the beginning of the second year of their agitation, seeking justice.

The case of these farmers is a unique one in any sense and if the farmers are at a loss to understand what has turned their lush green fields into barren land today, it is understandable. These farmers were a happy lot with the rich and bountiful yield from their fields and enjoyed a respectable status in the society with their financial stature too being reassuring.

Most of these were not only exuberant but also selfless in parting ways with their costly lands in the fond hope of shaping up of the future capital of Andhra Pradesh, which was to be designed as resplendent as the mythical Amaravati, the abode of the ‘Devas’.

The designs developed for the capital city and displayed to the public by the erstwhile government were mind-blowing and the farmers themselves felt blessed for the turnabout of their fortunes.

This also led to a boom in the land prices drawing investors from far and wide. These farmers who donated their land to the ‘land pooling’ process for the capital were supposed to get varied compensations in the form of annual payments depending on the extent of land and also house sites as future holdings for the ‘sacrifice‘.

Came 2019 and the general elections turned the tide the other way with the YSRCP coming to power. The incumbent government smelt a rat in the Capital development and decided to investigate the alleged land scam claiming that the previous government deliberately manipulated the lands out of nepotism. Since then, the matter entered litigation and the case is dragging on in courts.

Even these farmers do not say that wrong doings, if any, should be condoned. It is natural that the political opponents of the present regime try to make a political capital of the capital issue. But they are not wrong in asking “why are we to suffer?

What wrong did we do and what is our sin if we have donated our land for the purpose of our capital”. These are not immaterial or illogical questions. These are genuine and painful utterances of the farmers. Land acquisition for any purpose always affects farmers.

But, if it is for outright price that one parts with his or her land, it is another story. As far as they are concerned, they are at a loss to comprehend the reason for their misfortune. They are unable to fathom why they have become the new ‘political opponents’ of the powers that be that the latter does not even entertain them.

Whenever there is an agitation – a peaceful and prolonged one – by any section of the society, the governments’ break the ice by holding talks with them. This is not the case here. Amaravati is all about politics now. And politics shows no mercy! #KhabarLive #hydnews