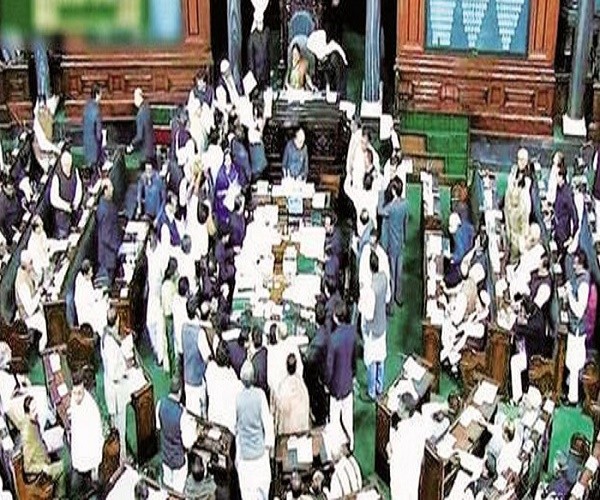 For over two weeks, Speaker Sumitra Mahajan has been turning down the notices for no-confidence motion against the government given by various political parties – the TDP, the YSRCP and now the Congress. The reason she offers is “House is not in order.” While this is the scenario at the national level, in Andhra Pradesh every political party and social organisation has been shouting from rooftops that the future of five crore people of Andhra Pradesh is of prime concern to them.

Every party, be it the ruling TDP or the latest entrant into politics Janasena headed by Pawan Kalyan, has been talking of putting pressure on the Centre to achieve what is due to the State. But they are not willing to sink differences and come under one umbrella, just as the TRS-led JAC had done during the agitation for separate Telangana.

The irony is all that these parties are interested in is only political one-upmanship in a bid to outshine one another in the eyes of the public. They are more interested in edging out rivals in the race of credit, rather than rally all their resources to collectively mount pressure on the Centre. They are busy tongue-lashing one another, and occasionally hitting out at the Centre.

The ruling party cannot absolve itself of the biggest mistake it committed in keeping silent over the issue in the last four years, instead of systematically building up a case, a strategy long considered a trademark of Naidu’s planning.

The other political parties also did cover themselves in glory on the issue. Had they put up sustained pressure, the TDP would have been forced to to act; and, perhaps, the state would have got something substantial by now. But they whiled it away – none exhibited any statesman-like qualities.

On the other hand, whether it is inside Parliament or outside, the leaders are merely indulge in “tu tu main main.” In the process they don’t hesitate to stoop to any level in questioning the lineage of those who are in high constitutional positions. And this is exactly what the YSRCP leader V Vijayasai Reddy did when he commented that no one born to proper parents would compare him with Vijaya Mallya.

Here he was referring to Chief Minister N Chandrababu Naidu. Such uncouth remark is highly condemnable. While he has all the right to take umbrage at Naidu for comparing him to Mallya, he should have acted like a statesman and in a manner befitting his parliamentarian stature. All honourable legislators at the time of oath-taking vow to uphold the decency and decorum of the house. They must uphold the hallowed traditions of democracy. #KhabarLive