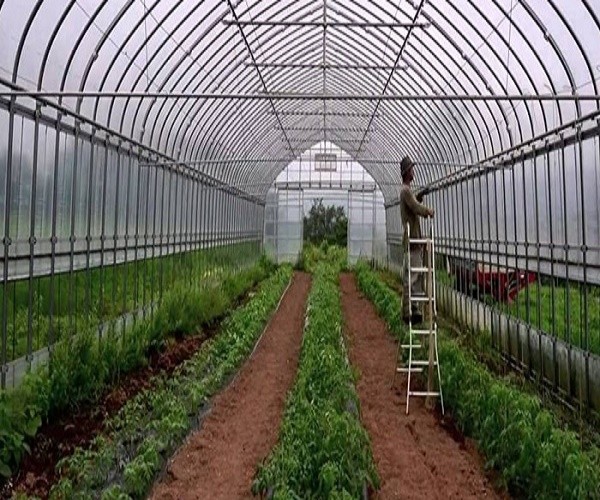 The World Economic Forum (WEF) annual meeting revealed some startling facts about India and the world’s economy. The Oxfam survey highlighted that the richest one per cent in India accounted for 73 per cent of the wealth generated in the country, showcasing the worrying trend of income inequality. Recommendations to alleviate this included promotion of labour-intensive sectors and investment in agriculture.

On the other hand, India is aggressively pushing for solar power with a 100 GW target for 2021-22. The installed capacity crossed 20 GW in 2017, with 18.4 GW in the form of ground-mounted projects and 1.6 GW on rooftops. This provides us with the opportunity to innovate in terms of systems design and link solar power to India’s labour-intensive agriculture sector.

The trend in India is the promotion of large solar parks with capacities more than 250 MW, at each location, in bigger states. The official solar park target has been increased to 40 GW. Recent tenders for these parks have driven the tariff down to less than Rs 2.50/unit, making solar cheaper than coal. However, rooftop photovoltaic (RTPV) systems, which are expected to contribute 40 GW as well, have still not taken off in India and need a boost.

Enter, the polyhouse, which is an enclosed space where a variety of plants can be grown perennially by controlling the ambient temperature, humidity, air flow and lighting conditions. Polyhouses are a proven concept in India; enterprising farmers have reported five-fold increases in agricultural yield and resultant revenue per acre of land. Central and state governments also encourage polyhouses by providing 40-60 percent capital subsidies on polyhouse investments made by farmers.

Innovative irrigation methods, such as drip or mist, have reduced the water requirement in polyhouses by more than 60 per cent per acre for typical crops. One acre of polyhouse also creates 10-12 jobs. Is it then possible to change solar parks to solar polyhouse parks where farmers adopt modern farming techniques, while PV panels adorn the roofs of the polyhouse structures?

Polyhouses with RTPV have been successfully implemented in developed countries with colder climates; PV panels are seamlessly integrated into the roof structure. RTPV systems will have to be placed over the roof structure of these polyhouses with an external integration design. This means that the supporting structure of the polyhouses will need to be made stronger to accommodate the extra weight of the panels and their mounts.

Agricultural experts claim that while it is technically feasible to install PV panels on polyhouses, it will obstruct light from entering the structure and negatively impact plant growth. However, initial analyses show that artificial lighting inside the polyhouse can compensate for the loss of natural lighting because of the PV panels.

Polyhouses with 1 MW RTPV capacity will need around seven acres of land and the auxiliary electricity consumption will be around 12 per cent. Although the land required per MW increases and electricity exported per MW to the grid decreases, the resultant co-benefits, in terms of revenue and yield, increase for the farmers. PV system developers fear that costs will go up if RTPV designs are put on the table. However, with accurate structural engineering, the costs might actually come down by reducing the size of the mounting structures.

This proposed innovation of polyhouses with RTPV has the potential to pave the way for inclusive growth in India by linking solar to agriculture. Structural and lighting engineers, along with polyhouse design specialists, need to work together to develop working designs for various parts of the country.

This could even culminate into a specific policy being announced to promote this concept. It is a win-win situation for farmers, who had all but given up on their lands, as well as the government when it comes to choosing land for large solar projects. #KhabarLive