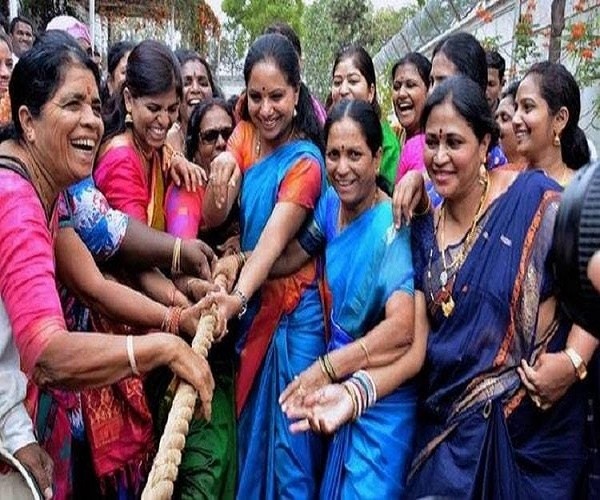 When the Telangana Rashtra Samithi (TRS) government released its party choice of 105 candidates for 119 constituencies, only four women made it to the list. Women aspirants from the TRS party are now pinning their hopes on greater representation and inclusivity in the final of candidates list, expected to be released this week.

The TRS party’s election manifesto of 2014 noted that “if any nation cannot use women’s contribution in all the sectors, it cannot flourish.” Yet Telangana is one of few states without a woman serving in any cabinet position or as members of the legislative council. The lone woman in the Telangana Legislative Council was Akila Lalitha, who was from the Congress party.

Though the state boasts of having 76 women serving as Hyderabad municipal corporators, none of these women were given a ticket to contest assembly seats. Many remain hopeful that they will make it to the final candidate list.

P Vijaya Reddy, the Khairatabad corporator is confident that her name will be on the final list. Her work in the constituency as a corporator, she said, will not go unnoticed by the TRS party’s high command.

“There are more women serving in the corporation, it would be better if there were more women in the legislative assembly. I am hopeful that the party will recognise my efforts,” says Vijaya who wants more women to join the state politics.

Another assembly ticket aspirant is Vijayalakshmi Gadwal, the Banjahills corporator who had earlier hoped to contest for mayor, but made way for current mayor Bonthu Rammohan. “I wanted the mayor seat thinking it was good if someone educated became the mayor of Hyderabad. But I was denied the mayor seat, was told Bonthu had worked hard for the Telangana agitation. I am of the view that if I deserve something, I will get it.”

This time Vijayalakshmi is hopeful that the party will add her and other women to the final list, “A lot of the present women corporators are educated women who know what they are doing,” she said.

Though there is a lack of representation of women in the legislative assembly and the cabinet, Vijayalakshmi noted that, “we have to go by what the party high command says.”

Sunitha, for instance, has been seeing backlash from splinter groups at her constituency in Nalgonda since her name made it to the candidate list. Her dissenters want her removed and replaced with someone who was in the party during the Telangana movement. Sunitha joined the party in 2001 but that fact has been ignored by her dissenters.

“There should be an increase of women candidates in the list, we are waiting for the second list and I am confident that more women will make it to the second list,” Sunitha said.

The four-party opposition alliance ‘Mahakutami’ have yet to make a decision on seat sharing and or its candidates.