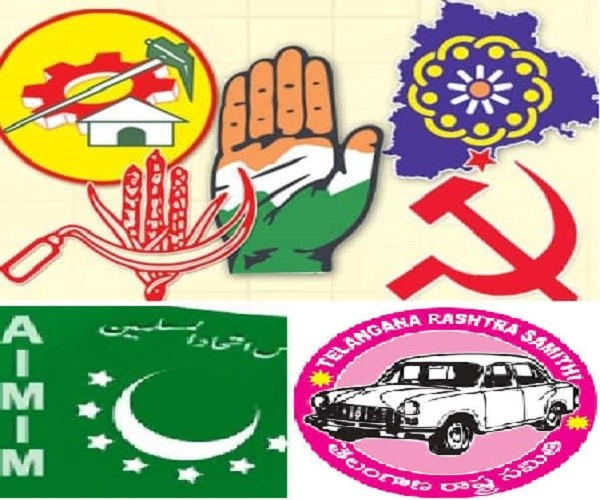 Even as ‘Mahakutami’ is yet to finalise its candidate for Bahadurpura, the Recently Moazam Khan was in news for issuing veiled threats to opponents. Reacting to this alleged attack on opposition, AIMIM has geared up to re-win the constituency without much effort, unlike other constituencies.

Even though BJP and TRS have officially announced their candidates, according to sources, the battle will be most likely fought between the AIMIM and Mahakutami’s Congress probable Esa Misri. Recently, the incumbent has shown intolerant attitude towards any contender who could be strong enough to eat into some of AIMIM’s traditional vote-bank.

Bahadurpura Assembly constituency is one of the 15 constituencies that come under Hyderabad Lok Sabha constituency. Bahadurpura is named after Sarwar Ul Mulk Bahadurpura, who was a political advisor and master of Salar Jung I (Mir Turab Ali Khan). He is considered to be one of greatest Prime Ministers of erstwhile Hyderabad state.

Moazam Khan began his political career as a giant-slayer by defeating Congress MLA Danam Nagender, who wrested power in Asifnagar constituency, prior to delimitation, from 1994 till his defeat in 2004 byelections. There has been no looking back for Moazam Khan after he became an MLA for the first time by winning with a margin of 2,110 votes in 2004.

Sources say, with a non-controversial and an educated family background, it was a cakewalk for Moazam, who was later fielded from Bahadurpura constituency in 2009 and 2014 elections. Moazam Khan won the seat for the second time in 2014 with a record majority of 95,045 votes after which the constituency is considered to be one of the top strangleholds of the AIMIM.

This will be Moazam’s tryst for fourth win in the polls and a hat-trick from Bahadurpura Assembly constituency.

However, the incumbent was in the news for wrong reasons in the recent days. Following a veiled attack against his adversaries during his speech in Osmanbagh meeting, he drew criticism from different quarters. The video footage of his speech was also widely shared over the social media.

Considered to be a best bet for AIMIM, the three-time MLA, Moazam Khan mostly remained non-controversial, but his recent speech addressing his party workers, where he indulged in veiled attack on detractors drew media attention and criticism. In his 10-minute speech while talking about development, he quoted Late Salauddin Owaisi, revered as Salar-e-Millat, “Koi hamarku chedna nai’, chedeto hum chodtey nai” (None should prod us, if anyone does, he will have to face the consequences). Later, he went on to say, “AIMIM agar apney pe aajayegi to kisikey khandan ko bhi nahi chodegi” (If the party takes a stand, then the entire families will have to bear the consequences).

Reacting to this alleged attack on opposition, the social media went abuzz with comments over the ‘change in tone’ from a person who was considered as a gentleman. Some of them alleged that this was an open warning from the AIMIM ex-MLA to the people of Hyderabad. It was also interpreted as a warning to those who were against AIMIM and that he would unleash all his powers against the opponent and would not spare even their families.

Some observers felt that his words were directed against probable Congress candidate and the ‘history-sheeter’ Ayub Khan, who surrendered before the court after his bail was cancelled by the High Court recently. Earlier, the High Court had granted him bail in the case of acquiring of passport fraudulently. After obtaining bail, Ayub Khan had joined Congress and was reportedly planning to contest elections from Bahadurpura Assembly constituency. The police had approached the High Court and sought cancellation of the bail. However, Ayub Khan alleged that the police was foisting false cases against him at the behest of AIMIM in view of elections. Following this development, Esa Misri, a professional bodybuilder’s name started doing the rounds as Mahakutami candidate from Bahadurpura.

The other major political parties which have announced their candidates are TRS and BJP. Mir Inayath Ali Baqri, chairman of SETWIN and a contestant from the pink party in 2014 from Charminar constituency, has been officially announced, while BJP has recently declared the party Minority Morcha chief and state executive member Haneef Ali as its candidate.

According to locals, Mohammad Moazam Khan never visited the constituency following his win in 2014. The residents complain about lack of development works for the past two-decades. The locals say that only promises are made during election season.

Shoddy public works
Residents here are habituated to the pathetic conditions of roads in almost all the localities. No sooner the shoddy patchwork roads are repaired than they need repair works again in about a month. The vehicles continue to move at snail’s pace to avoid potholes and bad roads, locals said.

Craving for basic amenities, the residents of Vettapally, Fatima Nagar, Nawab Sahab Kunta, Tigal Kunta and Mustafa Nagar blamed the administration for its total failure in providing amenities and for ignoring the representations made by the locals over the matter. Other problems are irregular water supply and sanitation. They remain a major concern of the residents. In Kishanbagh, where main road connects Attapur to Bahadurpura, the road remains dusty, and thousands of commuters pass through the route.

Education, health ignored
Let alone the basic amenities, the areas like Kishanbagh do not have any state-run institutions, such as hospitals and educational institutions. The residents have to cross Bahadurpura X Road, which remains a dangerous zone for pedestrians, to avail of the services from the institutions. Even though a flyover is planned to ease the traffic, it remains to be seen as to how much time it would take to complete the major project near Zoo park.

Danam out of contention
Prior to delimitation in 2009, Nampally was part of Asifnagar Assembly constituency and Danam Nagender won the constituency in 1994 and retained it till 2004. In 2004 AP State Assembly elections, Danam who had left the Congress party, reclaimed the Asifnagar constituency contesting on a TDP ticket.

However, in an effort to get a place in the cabinet of YS Rajasekhara Reddy through re-election, Danam resigned from the seat and decided to contest on Congress party ticket. Unfortunately, an overconfident Danam who had taken the voters for granted, lost to the AIMIM candidate Mohammed Moazam Khan with a margin of 2,110 votes in the byelection. Earlier, the AIMIM had held the Asifnagar seat till 1994 and since 1994 elections, the seat was continuously won by Danam till the electorate veered to AIMIM.#KhabarLive