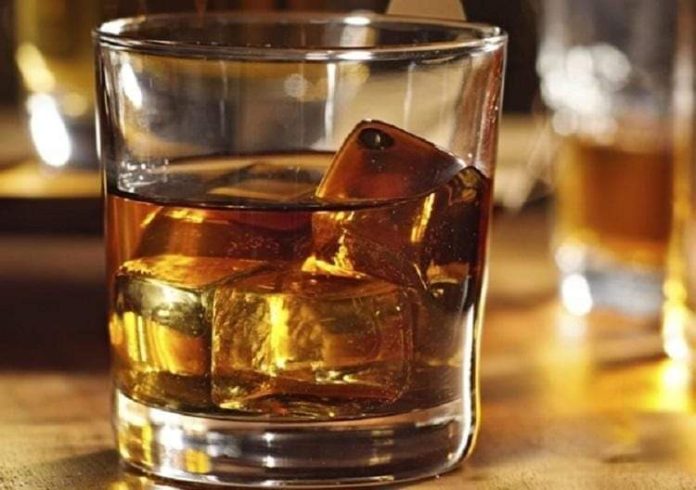 In a major move, which is being touted as the first step towards total prohibition in Andhra Pradesh, the state’s cabinet earlier this week decided that the government would soon run all liquor retail outlets in the state, through the AP Beverages Corporation.

The corporation, which is the sole agency in the state involved in the wholesale of liquor, will now also take over the retail aspect of the business.

To facilitate this, the cabinet chaired by Chief Minister Jagan Mohan Reddy has already approved a draft bill, which seeks to amend the AP (Regulation of Trade in Indian Made Foreign Liquor, Foreign Liquor) Act, 1993. The bill is expected to be tabled in the Legislative Assembly soon.

Prohibition was one of Jagan’s biggest promises on the campaign trail, which he hopes to complete in three phases by the end of his term in five years.

As part of the plan, the state government seeks to ban belt shops and stores that sell liquor near the state and national highways in the first phase. In the second phase, the number of shops would be reduced and by the third phase, only 5-star hotels will be allowed to sell alcohol.

With the latest move, the state hopes that it gains more power over regulation of the sale of alcohol, which it then plans to gradually decrease and eventually prohibit.

What is the plan?

Jana Chaitanya Vedika, a civil society group that works on different social problems, had earlier been tasked with submitting a report on the issue, for the state government to consider.

Speaking to #KhabarLive, the organisation’s president V Lakshmana Reddy said, “When a state controls retail, there is regulation on how many shops should be there, where they should be located, what the timings should be, how to control belt shops, discourage drinking near shops etc.”

“Privately owned shops are more focused on the business and want people to drink more. If they have to afford the license fee, they must sell more alcohol,” he adds.

The state government feels that if it takes over liquor outlets, it can also curb the nexus between businessmen and politicians with bribes frequently being offered to local policemen and excise officials.

“In government hands, an employee has no commission and will treat it like a regular government job. He may even be eager to close the shop earlier in the evening and return home,” Lakshmana Reddy quips.

Asked if the state government should be worried about the businessmen who run the stores at present, Lakshmana says, “There will be resistance for the first few months but we are confident that they will invest in other businesses like real estate, as many shops are situated on prime land. They have the manpower, resources and contacts to easily shift to another business.”

However, regulation is only one part of the issue.

“While regulation is one aspect, simultaneous ‘de-addiction’ programmes in government-run centres is the other part of the state’s prohibition plan,” Lakshmana says.

Dr Indla Ramasubba Reddy, a senior psychiatrist from Vijayawada, says that at present, there are no facilities from the government that deal with rehabilitation from addiction, except at the Government Hospital of Mental Care in Visakhapatnam, where a small ward with a few beds has been set up.

“Total prohibition cannot happen overnight. De-addiction has to run parallelly but one crucial element is that the people who are drinking need to be motivated on their own or by the family. It has to be by choice. We can’t force them. People who are motivated to quit are easier to help. At the end of the day, the intention of the person matters,” he says.

Dr Ramasubba Reddy is part of the Shantivan Centre which has been running a 120-bedded de-addiction centre for the last five years in Nunna, a suburb of Vijayawada.

“With the government taking over and closing shops eventually, more people may realise that they may soon lose access to alcohol and they may approach the centres. The main issue will be tackling withdrawal symptoms such as lack of coordination, delirium, and other mental health issues,” he says.

“After they are admitted, the first stage is detoxification and the second stage is de-addiction. The body will be purified and the toxic substances will be flushed out, so that their dependency will decrease. Only after that, the de-addiction process and counselling begins,” he adds.

However, activists and doctors have raised concerns over the quality of medical aid that the state government will be able to provide once these de-addiction centres come up.

“We can clearly see the difference between government hospitals and private hospitals. The hope is that the same should not play out in these de-addiction centres,” Dr Ramasubba Reddy says.

YSRCP sources say that with the state taking control of the retail process, it will also be able to generate some revenue, which the government is desperately in need of, as the state’s coffers are empty. However, the party is quick to add that their end goal will be to shut down all such shops in the state.

An attempt to control the retail of liquor was already made in Andhra’s neighbouring state Tamil Nadu, where alcohol is largely bought in outlets run by the Tamil Nadu State Marketing Corporation (TASMAC).

However, the attempt at regulation has not been very effective and the state has seen anti-liquor and anti-TASMAC protests erupt repeatedly.

Retired IAS officer MG Devasahayam, who served in Tamil Nadu, says that the plan being chalked out by the Andhra Pradesh government is ‘unwise’.

“It is absurd and likely to backfire. Regulation is one thing while retail is another thing altogether. Firstly, the perception of people will change because the government demands both authority and respect in society. Even ordinary people, who may not get into liquor consumption otherwise, may be curious because the government is selling it,” he tells #KhabarLive.

ALSO READ:  Why Is Holi A Free Pass To Assault Women In India?

“Secondly, they become dependent on the revenue. This may be one of the main reasons for Andhra Pradesh to take this approach, as the state’s treasury must be in dire straits. The government can earn a substantial amount of money in a short time to meet their other administrative needs, but if that is so, Jagan is falling into a trap. Once you get in for the revenue, it becomes difficult to get out,” he adds.

Devasahayam also says that state governments taking over the retail of alcohol is violative of the Constitution and the ‘Directive Principle of State Policy’, which directs states to discourage liquor consumption.

He also has a warning to offer and points out that it is a political party that runs a government at the end of the day.

“What happened in TN is that workers of the AIADMK and DMK began running distilleries and bagged the contracts. As the larger companies and big distilleries were replaced by these smaller contractors, the quality of the liquor started falling sharply. As a result, it ended up making people more dependent,” Devasahayam says.

“The people of Andhra will be badly affected by this move,” he adds.

#KhabarLive reached out to an official of the AP Beverages Corporation who said that the plan was ‘too premature’ to offer a comment.

However, activists lobbying for prohibition in the state still feel like it can be done, and yield positive results.

“The main issue is awareness. There has to be a conversation about alcoholism, especially among the poorer sections of society. We need to run more campaigns and talk about the effects that alcohol can have on your life,” Lakshmana Reddy says. #KhabarLive