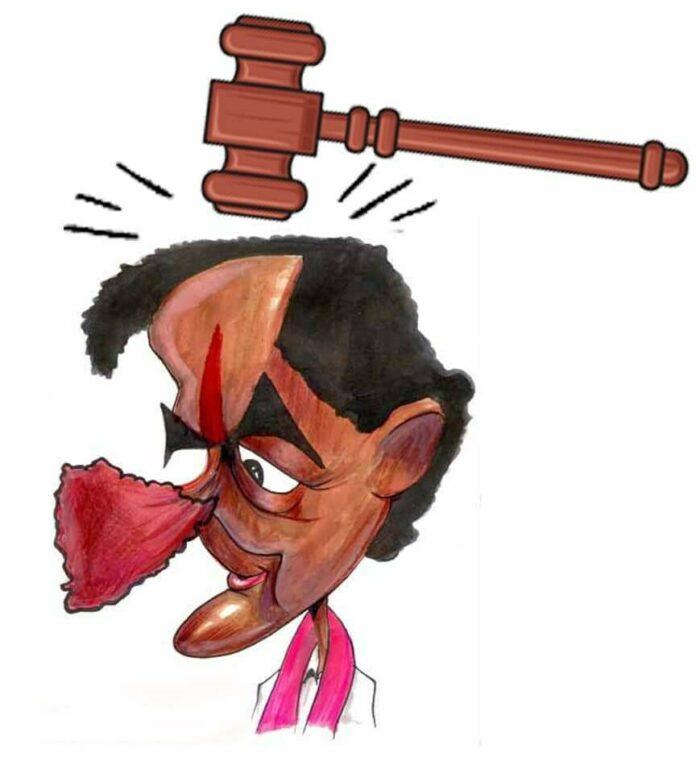 A long time internal squabbles among senior leaders and cadre within the TRS remained covered by top leadership and remain intact. Now, they have begun to surface, slowly and acquiring a momentum to effect the political atmosphere.

In the past, any talk of differences between party leaders, and its MLAs, might have caused worry to the leadership, but was quelled — but the problem is beginning to acquire a new dimension — now, these leaders are airing their differences in public.

Recently, it shocked party leaders, insiders and cadre when V.N. Abraham, a first time MLA, came out openly before the media to level allegations against Gadwal MLA Krishna Mohan Reddy of interfering in affairs of his Alampur constituency. Abraham alleged that Reddy was trying to taking advantage of the fact that he belonged to the SC community, and was interfering in party affairs in his constituency.

Abraham alleged that Reddy has been telling TRS cadre that party tickets for municipal elections would be given to workers only based on his recommendation.

Abraham said that when he was representing the constituency, only his recommendation would prevail on matters relating to civic bodies, which come under his purview. Why would the party leadership even consider the recommendation of Reddy, he asked.

Abraham also told media that he had complained to K.T. Rama Rao, TRS working president, and minister V. Srinivas Goud about interference by Reddy, but he does not perceive any change in attitude of his rival. Reddy’s behaviour and actions are creating confusion among party cadres of Alampur, Abraham said, adding that he was facing an embarrassing situation.

ALSO READ:  Let’s Fight For #FreedomFromCOVID In This Independence Day

When scribes pointed out the allegations against Reddy of indulging in the sand business, Abraham concurred, saying it was an openly known public fact in Gadwal district.

TRS sources said that this was not the only rivalry to come out in the open. A proxy war is underway between ministers and MLAs in other districts also. The attitude of senior MLAs and ministers was causing severe heart burning to junior MLAs. There was discussion among party cadre that some MLAs were not happy with ministers visiting their constituencies, and ignoring them or not inviting them to such programmes.

TRS insiders say that minister Talasani Srinivas Yadav and the party MLAs do not get along as he held them responsible for his son’s defeat in Lok Sabhae lections.

A similar situation is prevailing in Adilabad district, where minister A. Indrakaran Reddy is not on friendly terms with MLAs. #KhabarLive