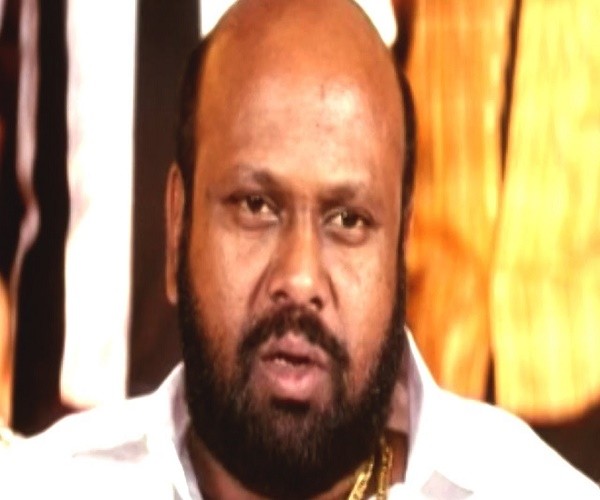 Rami Reddy played villainous roles in some of the big hits from the 1990s, including ‘Pratibandh’, ‘Gaayam’, ‘Elaan’ and ‘Gunda’. Hindi action cinema in the 1990s had its share of familiar heroes (Mithun Chakraborty, Dharmendra, Akshay Kumar, Suniel Shetty, Ajay Devgn), villains (Mohan Joshi, Deepak Shirke, Ishrat Ali) and henchmen (Mahesh Anand, Gavin Packard, Jack Gaud). Somewhere in the middle was Rami Reddy, who got to play the big baddie as well as the trusted right-hand man.

Reddy’s bulky physique, bald head, consistently trimmed beard and robotic dialogue delivery made him one of the most easily recognised villains of the decade. By the time he died at the age of 52 on April 14, 2011, his career had spanned Hindi, Telugu, Kannada, Tamil and Malayalam cinema.

The Chittoor-born Reddy graduated from Osmania University in Hyderabad and worked as a journalist before director Kodi Ramakrishna cast him as the lead villain, evocatively called Spot Nana, in the 1989 Telugu film Ankusam. The character is named because of his tendency to put a ‘spot’ on his next victim. Spot Nana and his catchphrase “Spot pedatha” (put a spot on him) surely contributed to Ankusam’s success. The movie was remade in Kannada and Hindi, and Reddy reprised his role in both films.

The Hindi remake, Pratibandh (1990), starred Chiranjeevi and Juhi Chawla and introduced Reddy to Hindi audiences. Reddy’s trademark style of using his physical presence to intimidate while being inexpressive regardless of his mood was established in Ankusam. In Pratibandh, Reddy didn’t have much Hindi dialogue, and whenever he spoke, he rattled off his lines in a deadpan manner that stuck throughout his career in Bollywood.

Reddy was usually cast as the favourite gangster of corrupt politicians or villains who did not like to get their hands dirty. In Ram Gopal Varma’s Telugu crime drama Gaayam, Reddy plays Sarkar, a violent goon who is deployed by the villainous politician Guru Narayan (Kota Srinivasa Rao) to spar with the hero Durga (Jagapathi Babu).

Reddy repeated the feat in a number of Hindi films. In Dilwale (1994), he does not speak a single line and only kills and maims until the last reel. In Andolan (1995), his character, Baba Nayak, is hired by evil industrialists to crush labour protests. Some of Reddy’s most effortless non-acting can also be seen in Kanti Shah’s Loha (1997) and Gunda (1998).

A cult film that has been kept alive down the years through fan videos and memes, Gunda features Reddy as Kala Shetty, the second-in-command of the villain Bulla (Mukesh Rishi). Kala Shetty’s use of sharp weapons throughout Gunda has inspired its own tribute.

Sometimes, filmmakers cast Reddy in mildly modified versions of his usual roles. In Iqbal Durrani’s Khuddar (1994), Reddy plays Swamiji, a godman with a grey wig and grey facial hair who runs an ashram and produces pornographic films on the side. As Swamiji, Reddy offers pearls of wisdom to the lead villain Adarsh Vardhan (Shakti Kapoor) who is desperate to conquer the hero (Govinda). In the climax, Swamiji’s saffron-robed goons run amok with automatic guns and grenades –unthinkable imagery in today’s climate.

By the end of Khuddar, Reddy has resorted to his familiar look. “Ab tak mere shehedwala roop dekhe the, ab mere zeher wala roop dekho” (For so long, you saw my honeyed side, now witness my poisonous side), he tells the surprised hero.

In Varma’s Telugu comedy-crime film Anaganaga Oka Roju (1997), Reddy plays the baddie’s chief comrade but with a twist – he wears a cap at all times and keeps eating chocolate toffees throughout. Anaganaga Oka Roju is comparatively less violent than Reddy’s usual fare, and for a change, Reddy’s character does not kill anyone.

Among the few films where Reddy is the main antagonist is the Telugu mythological fantasy film Ammoru (1995). Reddy plays Gorakh, an evil sorcerer who tries to convert soil into gold by sacrificing a 16-year-old virgin girl. After Gorakh is stopped in the act by Bhavani (Soundarya), he is sent to jail. He seeks revenge after being released, but is constantly thwarted by the mother goddess Ammoru (Ramya Krishnan).

In Dasari Narayana Rao’s Telugu film Osey Ramulamma (1997), Reddy’s villain seems closer to reality than his previous cartoonish screen outings. Reddy plays cruel upper-caste landlord Jagannayak Patwari, who tortures lower-caste peasants in a village in Telangana. Patwari’s reign of terror is brought to end by Ramulamma (Vijayashanti), a Naxal leader who was raped by Patwari when she was a child.

In contrast to the Telugu films where Reddy played the antagonist with a distinctive personality, Reddy was wasted in Bollywood, probably because of his limited Hindi skills.

Reddy’s most indelible villainous role in Hindi cinema is in Bharat Rangachary’s Waqt Hamara Hai (1993). He plays Colonel Chikara, an international terrorist who plans to use science to conquer the world. Chikara, whose nationality is never discussed in the film, is always dressed in blue military regalia, has a private army and a palace, and aims to destroy India with a mysterious “Krypton bomb”. Among Chikara’s objectives is to kill the prime minister whose name is Ram Gopal Varma.

By the late ’90s and early 2000s, Reddy’s appearances in Hindi films had become sporadic. He mostly appeared in Telugu productions in the 2000s, and had few notable successes. In his final years, Reddy had lost a lot of weight due to health complications, and was reduced to half his size.

His last film, Guruvaram, was released after his death. Reddy plays the saint Sai Baba – the very opposite of the holy terror that he portrayed over two decades. #KhabarLive