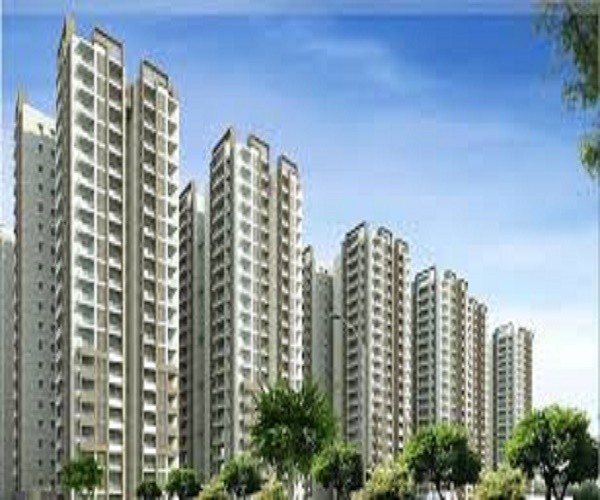 Hyderabad is growing rapidly. If mushrooming residential, commercial, industrial, pharma, aerospace and IT clusters is taken as yardstick, the real estate is witnessing a steady and stable escalation. And with a sound footing, it is all set to overtake a few other metros in the country in terms of real estate.

Given the balanced real estate growth, the city needs to expand its horizon to new areas. With different locations including Serilingampally, Gachibowli and others in west zone almost choked and land getting dearer, the real estate has started to shift down south towards Rajendranagar, Budwel, Kismatpur and neighbouring areas.

Apart from land availability, there are multiple factors for real estate firms heading south of the city. The State government has already drawn big plans of setting IT cluster in Budwel and many companies have lined up to set up their units in the cluster.

Some of the locations around the city that have already begun to attract attention include Budwel, Kismatpur and other areas in the south.

D. Prabhakar, Managing Director of GS Property Advisory Services says residential, commercial and IT clusters have been coming up in the south and it is going to be the future of real estate in the city.

Almost all the leading real estate builders and developers have got their projects in different locations in the south zone. Several soft and pre-launch progammes too have been going on and more are in the pipeline, he says.

Experts in the real estate sector expect Budwel, Kismatpur, Rajendranagar and other areas to develop on par with Gachibowli, Gopanpally, Madhapur in the coming years.

At present, the price per square yard in Rajendrangar, Shankarpally, Mokhila, Kismatpur and neighbouring areas is about Rs.18,000 to Rs.20,000 and the same could escalate further in gated community ventures.

In tune with growth and rapid expansion, emphasis is being laid on development of infrastructure. A bridge across River Musi between Kismatpur and Budwel has been launched a few months back.

More importantly, the State government is exploring all possibilities of next phase of Metro rail and ensuring airport connectivity. This apart, the extension of PVNR Expressway from Aramgarh to Shamshabad is also on the cards.

A senior official from GHMC said the extension of PVNR Expressway to Shamshabad will aid in reaching to the airport faster. Though the existing facility facilitates help reach Aramgarh comfortably, there is a need to extend the Expressway till Shamshabad keeping in view of the increasing traffic, he says.

Once the road infrastructure gets developed and Metro Rail connectivity extended, many areas in south zone are set to witness rapid growth, says seniors of the real estate sector.

Meanwhile, Hyderabad outskirts abuzz with realty – for instance, Shamirpet and surroundings, which saw a buoyant real estate market after the Genome Valley came up several years ago, is now back in the reckoning.

For instance, Shamirpet and surroundings, which saw a buoyant real estate market after the Genome Valley came up several years ago, is now back in the reckoning. On the main road, developers like USM City are quoting Rs 18,000 per sqyd, leaving some scope for slight negotiations.

SuchirIndia has one project closer to Tumkunta. It quoted Rs 10,000 per sqyd as inaugural offer a few months ago and increased it to Rs 12,000 per sqyd. Several other developers in the surrounding areas have started plotting projects. What used to be between Rs 2,000 and Rs 3,000 the prices have increased nearly three times in such areas. Those having the financial muscle are holding back the sales for better prices later.

Areas beyond Gundlapochampally are seeing luxury villa projects priced upwards of Rs 55-60 lakh. Most of them will be completed in about 18 to 24 months. Bachupally, Nizampet, Miyapur, Hitec City, Pappulguda, Financial District, Maheswaram, Mokhila, Shamshabad, Shankarpally, Keesara, Bhongir, Ghatkesar, Yadadri and Warangal corridors among others too are seeing a lot of projects, particularly for open plots.

“There are no properties that are in the reach of the middle income groups. We are worried that we will not be able to buy anything so we are keen on looking at outskirts,” says Nivedita, a software professional, who zeroed in a project at Keesara, about 25 km from Hyderabad. The price quoted for her was Rs 8,000 per sqyd but it came down by Rs 1,500 after pressing in to action multiple references. Since, it is a HMDA approved property it was eligible for bank loan of about 70 per cent of the value.

“We have two projects in the sanction stage. A residential project is being planned at Kokapet while a plotting project is under consideration at Maheshawarm,” said Venu Vinod, managing director, CyberCity Builders and Developers.

“The market sentiment is vibrant. We do a sentiment analysis every three months covering price and volume. Last year, the sentiment was neutral. This year, it has turned positive,” said Samson Arthur, Branch Director, Hyderabad, Knight Frank.

Among the factors that is driving the positivity, is that Telangana has announced to make the RERA operational in about three months, he said.

“Several lands along the Outer Ring Road are getting fenced implying that they will be developed shortly,” he said. According to him, many corporates have land towards Narsingi, Gachibowli, Shaikpet and other areas. These are for mixed development projects including residential and commercial space. Prices in the residential segment are stable but the buyers have to go some distance.

While the Kompally, Medchal, Kalakal, Athiwel and Devar Yamjal stretches on the Nagpur Highways are seeing demand for warehousing projects. The landowners are willing to develop the facilities and give them on lease to the companies. In some cases, the logistics players are purchasing the land directly and want to set up their own facilities, said Arthur.

In the office space segment, Hitec City side areas are seeing the maximum demand but the supply is limited. An estimated 10 million sqft of commercial space is under construction, again a bulk of it in the western part of the city. This will be available in about 18 months. South and eastern parts of the city are also gaining momentum.

One realtor, who did not want to be named, said the demand for the open plots is on the rise due to the waning confidence on the banking system. Lower returns apart, many are heckled at the provisions of the proposed Financial Resolution and Deposit Insurance (FRDI) Bill 2017.

The ‘bail-in’ provision may result in cancellation of a liability, which could extend to bank deposits or could lead to modification of the terms or changing the form of the asset class. Also, the bad experience from the demonetisation, people are looking to invest their money in an instrument that protect their investments as well as fetch good returns. The open plots have seen an unprecedented demand in the last one year or so. “These rates are not viable for developers to take up any projects. By being reckless now, we are hurting our own future prospects,” he said. #KhabarLive