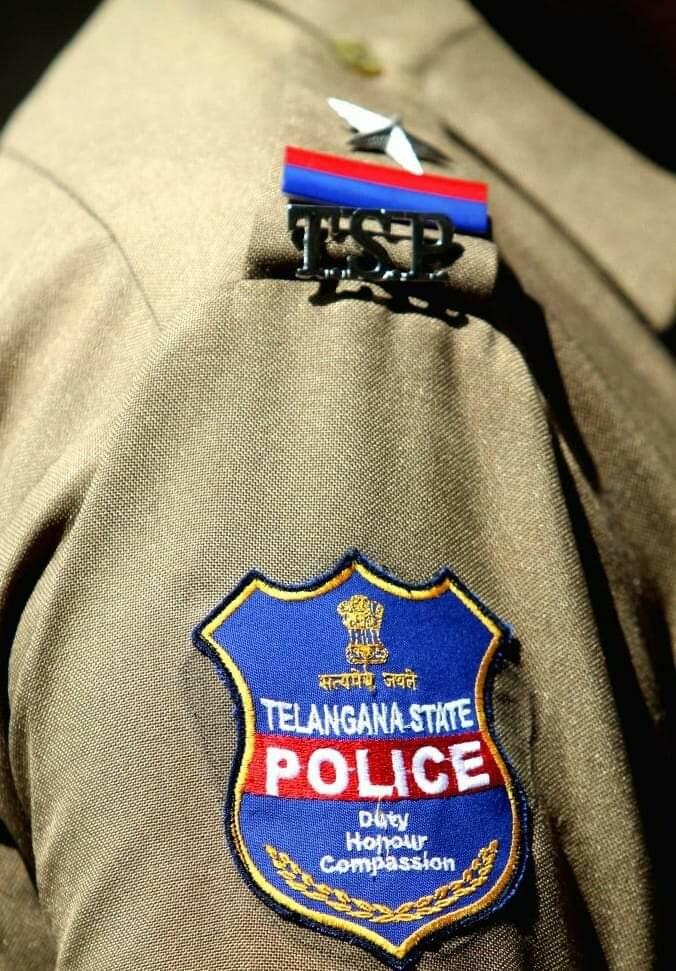 The unravelling of the tragi-comic events emanating from the newly formed State of Telangana, for, definitely, something or everything is rotten in that State, as revealed by the bizarre happenings, during the last one week, consequent upon the heinous sex-crime, committed by four emotionally corrupted youth on a government veterinary doctor Priyanka Reddy (now referred to as ‘Disha’ by the Police, for the sake of anonymity).

One was looking forward to writing a piece on the occasion of the ‘Nirbhaya Chetna Diwas’ which is observed on December 16 every year since 2012, more to remind ourselves of our duty to create an environment, free of sexual violence. That day, seven years ago, witnessed the gruesome sex-murder of a 23- year- old para-medic Jyothi Singh (her mother was not ashamed to name her even after the incident, saying that it is the accused who should be ashamed, and not the victim’s family).

Anyway the police and the civil society refer to her as Nirbhaya, across the country. In the light of the uproar of the civil society across the country, against the sex-murder the nation supposedly embarked on a path to safer environment for women, armed with the recommendations of the Justice J.S. Verma Committee, on amendments to Criminal Law, which submitted its report, in a record time of one month (by 23rd January 2013).

One definitely expected a lot from the Government, which so expeditiously appointed a high-level committee to suggest measures to combat sexual violence, which in turn aroused a lot of hope on that front, since the High Level Committee recommendations included police reforms (based on the National Police Commission recommendations, the Directions of the Supreme Court in Prakash Singh’s case (2006) 8 SCC 1, sensitisation of the youth through school and mass education, certain amendments to the existing criminal laws, and the subsequent creation of a Rs.1,000/- crore Nirbhaya Fund by the Union Government. But seven years down the line, since the submission of the report, except for a few changes in the criminal laws, nothing substantial has happened on the front of greater security for women in society.

In fact during the interregnum, the incidents of sexual assault have continued unabated, culminating in the recent brutal sex-murder and the burning of Priyanka (now called Disha), and similar ghastly incidents involving women reported from across the country.

Even before we could emerge out of the shock and trauma created by the manner in which the victim, Disha was sexually assaulted and disposed off, the news of the police bumping off the four accused in the Disha case, on the pretext that, while reconstructing the scene of offence, the accused tried to snatch the weapons from the investigating team, who in turn had to open fire in self- defence, and in the process all the four accused have died. The police narrative runs like a script of a Telugu crime-thriller.

There is, nevertheless, a discernable pattern in this modus-operandi of the police in eliminating the accused and thereby lost a great opportunity to study the psyche of the criminal mind of the accused, who are said to have committed the heinous crime. To recollect, a similar operation in the year 2008, in the town of Warangal, when the Telangana Police, bumped off three youth, who are alleged to have thrown acid on two college-going girls. In that case too, the police nabbed the culprits and bumped them off on a somewhat similar pretext, as now, in the case of Disha.

The timing of this ghastly incident of Disha is ironical, that it is at a time when the surviving accused of the Nirbhaya case are awaiting execution, pending disposal of their mercy petition by the President of India, upon the dismissal of their review petition, challenging the imposition of capital punishment by the Apex Court. The Delhi Government after the Disha incident in Hyderabad, has demanded from the Union Government, early execution of the convicts in the Nirbhaya Case.

It is the long delays in the criminal justice delivery system without any reason that is prompting the police to resort to extra-judicial killings or what is called ‘instant justice’. After the Disha case, as one heard as earlier in the aftermath of the Nirbhaya case in 2012, angry voices raised in Parliament and outside, demanding the lynching of the accused or subjecting them to the same fate as the victim.

ALSO READ:  Why BJP Is Running Away From 'No Confidence Motion' In Parliament?

Even now, the accused in the Nirbhaya case, are awaiting execution, and we do not have any data on the likely causes of such heinous sex-crimes. What worries a Lawyers’ mind, now, as before, is the non-consultation and critical psychological/psychiatrical/sociological analysis and inputs of experts in the field even by the Justice J.S. Verma Committee, though it has dwelt at length on the entire case-law of the Apex Court on rape and sexual assault, but it is still devoid of expert’s inputs, which would have made the recommendations more comprehensive and leading to greater understanding of the nature of such crimes. In order to effectively eliminate this evil, there has to be a proper understanding of such sex-crimes in all their dimensions and ramifications.

Unfortunately none of the history books deal with the criminal history of man of any particular age (perhaps reserved for the study of police officers at their training academies), when it records the events of that time, only in eulogistic terms. Nor have the pioneering psychologists like Sigmund Freud or Carl Gustav Jung or for that matter Alfred Adler, dealt with serious sex-crimes of rape or sexual assault in any great detail. It is sad to note that this subject has not been dealt by even by the revolutionaries of the proletariat, like Karl Marx or Friedrich Engels.

But, it must be said to the credit of William Reich, that he dealt with this subject during the time of Adolf Hitler, in his own way, and one is grateful to him for his pioneering work, which was not fully appreciated in his life-time. As against this background of social/psychological experts, failing to recognise and analyse sex-crimes, greater insight percolates from the zoologists, who have observed the primates very closely, especially the chimpanzees which are closest to ‘homo sapiens’ and which do not indulge in rape nor prostitution.

In fact, the mating in primates takes place upon the invitation by the female through physical signs. Whereas in the homo-sapiens there is no such biological cycle determining the indulgence in the act of sex. This structural difference between the primates and homo-sapiens, puts heavy responsibility on the humans to cultivate themselves into a civilised behaviour.

But what is civilised behaviour? To put in socio-biological terms, it means, that humanity has reached a point of evolution, whereby apart from the conventional aims of Biology such as : (a) survival of the fittest (dominance) (b) Organic satisfaction (food & sex), (c) Numerical increase (progeny) there is the aim of (d) psycho-social evolution, getting added as the fourth aim of evolutionary biology on planet earth.

That brings us to crux of the matter, that is, the need for a proper and through understanding of sex-crimes in great detail by subjecting the sex-criminals to extreme psychological, psychiatrical and sociological analysis, and place the data in the public realm, for better understanding of such sex-crimes, which would ultimately lead to preventing and combating the same effectively.

Instead, the macho-state machinery, led by the police is extinguishing the data available with them, which could be of vital use for the formulation of long-term strategy to eliminate of such sex-crimes thus making for safer environment for women. The police reforms are an urgent necessity, as emphasised in the Justice J.S. Verma Report.

The police today may be well trained to handle culprits with weapons (their own or snatched from the police) but are they well trained to deal with sex-criminals who use their genitalia as a weapon, against the opposite sex, and thus keeping them in a constant state of intimidation? Thus, a sane society has promises to keep and miles to go before it sleeps. #KhabarLive