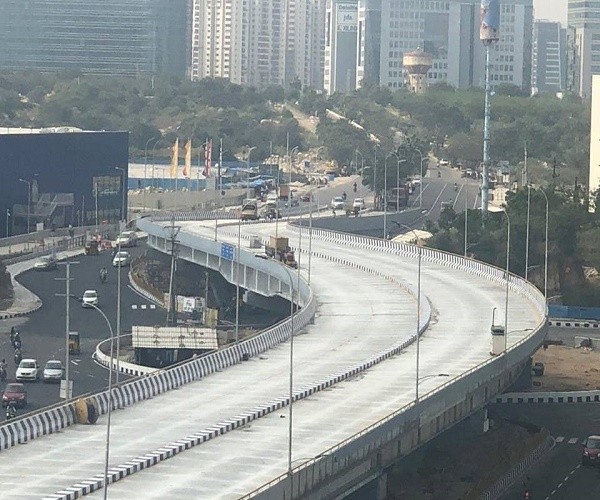 It has been a year of execution, and of records, for the Greater Hyderabad Municipal Corporation. Living up to what Municipal Administration and Urban Development Minister K T Rama Rao said after inaugurating the Ayyappa Society underpass in January, the GHMC on Friday proved with the Mindspace flyover that this indeed was “a year of execution”.

The civic body, in a record of sorts, completed five mega projects and brought into use three underpasses and two flyovers to ease traffic congestion in different areas of the city.

The year had begun with the launch of the Ayyappa Society underpass in January. And then, one by one, GHMC completed four other crucial projects, including the Mindspace underpass in April, Chintalkuna underpass in May, Kamineni LHS flyover in July and now, Mindspace flyover in November.

All these projects were taken up under the State government’s ambitious Strategic Road Development Programme (SRDP) to ensure free flow of traffic and ease congestion in different areas by constructing flyovers, underpasses and new roads.

The civic body completed all the five projects well ahead of the deadline set by the government even while facing several challenges in the form of Hyderabad Metro Rail works and shifting of utilities by different departments.

And this will not be all. A few more major projects are likely to be thrown open for the public shortly. After the Mindspace flyover, next in line are the LB Nagar RHS flyover and the Rajiv Gandhi flyover in Kukatpally, which are to be inaugurated in January 2019, according to GHMC Chief Engineer R Sridhar. #KhabarLive