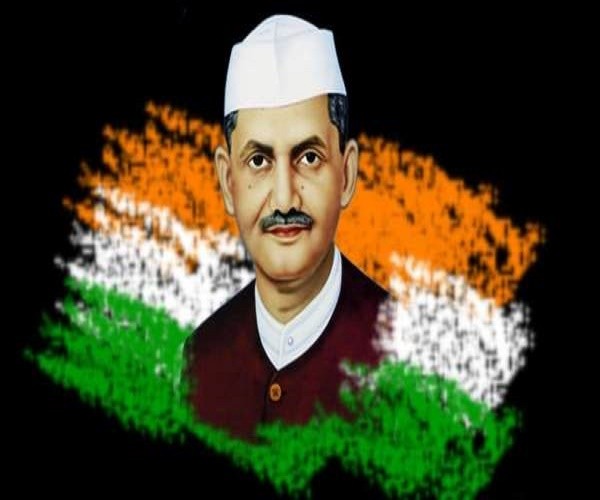 On the birth anniversary of India’s second prime minister, it is worth reflecting on the qualities that made him so special. #KhabarLive brings a series of incidents which makes him a real surgical striker of India.

At a time when we are led by a prime minister with a 56” chest who believes in over-the-top self-publicity, our thought goes out to a diminutive and self-effacing man who once occupied the same office – India’s second prime minister, Lal Bahadur Shastri, whose birth anniversary we celebrate today, October 2, along with that of the Mahatma.

Shastri was born in 1904 in Mughalsarai – the railway station that serves this iconic Uttar Pradesh town was recently renamed ‘Deen Dayal Upadhyaya’ – served as prime minister for just 18 months. Despite his brief tenure, he has left a memorable imprint on the country as a politician, administrator and war leader. Many in the present generation don’t know he authored the slogan, “Jai Jawan, Jai Kisan,” which captured the idea that peasants (and their welfare) are as integral to the security of the country as soldiers.

He was a seasoned freedom fighter who spent a total of 9 years in jail. After independence he held various ministerial and party positions. Apart from being general secretary of the Congress, he held the railways, transport and commerce portfolios before becoming Union home minister following the death of Govind Ballabh Pant in 1961.

In a world full of hollow men, Shastri was the genuine article. He displayed his moral calibre when he resigned from office in the wake of the 1956 Ariyalur train accident in Tamil Nadu in which 142 people were killed. That act of his still reverberates in the country. Hard-working but of weak disposition, he suffered heart attacks in 1958 and again in June 1964, shortly after he took office as prime minister.

In 1963, Nehru and Congress president K. Kamaraj decided that six prominent ministers would resign and devote themselves to organisational work. The goal was to bring in fresh blood into the Cabinet, as well as send a signal to the electorate. This at a time when the Congress’s political supremacy was unchallenged.

Among those who left government were Shastri, who actually insisted that he be in the list, though Nehru did not want him there. But fate took an even more dramatic turn. Prime Minister Nehru suffered a stroke on January 7, 1964 in Bhubaneshwar. Compelled to put a succession plan into position, he got Shastri back into the cabinet as a minister without portfolio. Panditji’s death four months later, on May 27, was no surprise, though for a country over which he had ruled as a virtually undisputed ruler, it was a major blow.

Four days later, on May 31, Morarji Desai whose angularities were well known, was persuaded to withdraw his hat from the ring and Shastri was chosen prime minister by the Congress Working Committee. The power brokers of the Congress had hoped that the soft-spoken Shastri would be their puppet, but he turned out to be a man of firm views, decisive to boot.

These qualities had actually been evident in the period he was minister without portfolio, when he was asked to handle the crisis which followed the theft in Srinagar of the Hazratbal holy relic on December 27, 1963. Though it had reappeared after a week, the theft triggered off a popular uprising led by an action committee of people who were the forerunners of today’s separatists. Besides the release of Sheikh Abdullah, who had been imprisoned by Nehru at the time, they demanded a special deedar, or viewing ceremony, by experts to certify the authenticity of the relic.

The spooks and the babus in New Delhi strongly resisted the demanded, but on February 3, Shastri overruled the Union home scretary and ordered the deedar. The action committee duly certified that it was indeed the genuine article, which resulted in a cooling of tempers.

The slightly built leader had to fill the political shoes of the giant banyan, Jawaharlal Nehru. And he did so with a quiet panache. He battled pressure from the powerful men who had pushed him into office, accommodated Nehru’s daughter, Indira, in his cabinet, and made key appointments such as that of C. Subramaniam as the food and agricultural minister. To assist him, he created the Prime Minister’s Secretariat, headed by a secretary-level officer.

Among the long-term legacies of the Shastri era has been the attainment of self-sufficiency in food by India. When he took office, Indian agriculture was in crisis. India was, infamously, living from ship to mouth. Between 1960 and 1963, India had imported a staggering 15 million tonnes of US grains and the amount of the imports had been steadily rising.

Subramaniam, with the support of Shastri, took policy decisions that eventually led to the Green Revolution.

In the country today, Shastri is known for something he may not have really been trained for– as a war leader. The Indian military was still licking its wounds from the 1962 fiasco when Pakistan, hoping to rattle a new prime minister, initiated a series of provocations, ostensibly aimed at “liberating” Kashmir.

Pakistan had received US military aid for a decade, and its forces had developed a conventional edge over the Indian military, especially in the area of armour, artillery and the air force. Besides, Pakistan believed in its own myth that the manly Pathan, Field Marshal Ayub Khan, would make short-work of the short, dhoti-clad vegetarian, Shastri.

Hostilities began in 1965 with a feint in the Rann of Kutch, where Pakistan used the fact that the border had been delineated, though not demarcated in the swampy region. There was some skirmishing in the region. But Shastri was not rattled, either by the Pakistani action, nor the uproar in parliament. All through, he emphasised peace and wanted to resolve issues peacefully. He was also acutely aware that conflict with Pakistan would be used by Hindu chauvinists to stir up communal passions within India.

Then began phase 2 of the Pakistani plan, Operation Gibraltar or the invasion of Jammu and Kashmir by Pakistani covert forces on August 5, 1965 with the view of triggering a domestic uprising such as the one that had taken place after the Hazratbal theft. However, that did not happen, and ordinary Kashmiris helped the Indian Army round up the infiltrators. The devastating Indian response came in the capture of the Haji Pir Pass, a key point of ingress on August 30, 1965. This, if anything, was the real ‘surgical strike’.

The Pakistanis upped the ante and under Operation Grand Slam sent in two armoured regiments to cut the road from East Punjab to J&K. The Indian forces fell back in the face of the assault and things were looking grim. Shastri took two key decisions in the emergency committee of the cabinet. First, he ordered the Air Force to assist the Army and second, he gave the go-ahead for the Indian riposte – an attack across the international border towards Lahore, which caught Pakistan flat-footed.

The war carried on till September 23 and despite command failures and setbacks, India came out ahead because Pakistan, which had initiated the conflict, failed to make any gains in Kashmir and suffered a decisive defeat in Khem Karan in Punjab.

Shastri’s cool-headed leadership was vital in those days when, with the US staying away from the region and the British discredited, the Chinese jumped into the fray on behalf of Pakistan. His style was of wide consultation with the military brass as well as party colleagues, parliament and the cabinet.

In the post-war Tashkent talks, brokered by the Soviet Union, Shastri walked the talk of peace and did not rub Pakistan’s nose to the ground. He was willing to return captured territory in Haji Pir and on the Lahore front – real estate that was much more valuable than what Pakistan had in Chamb and Rajasthan.

But sadly, his heart gave out and shortly after the signing of the Tashkent Agreement, Shastri passed away in Tashkent in the early hours of January 11, 1966.

A look back at his life reveals a leader who deserves to be not just remembered, which India does from time to time but emulated too – which no one aspires to do. He was ethical, wise and far-sighted, he was a team-player, large-hearted and pragmatic. The adjectives could go on and on, and still be all true. #KhabarLive