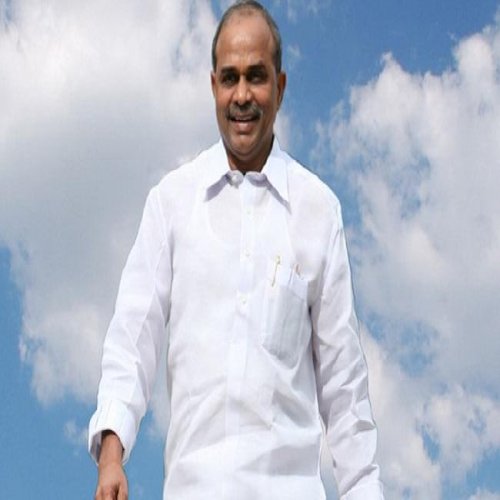 Whenever people talk about the welfare-oriented rule in the Telugu states the names of former CMs NTR, YSR will be discussed. In fact, former CM of Tamil Nadu MGR was the first CM to implement welfare-oriented schemes along with the development.

He implemented schemes like free toothpowder to school children during his rule. This generation of people may not believe such schemes.

NTR introduced Rs.2 per kg rice scheme in erstwhile AP. When the cost of kg rice was Rs.4, he offered the rice to poor people for half the price and won their hearts.

His thoughts couldn’t proceed further in terms of people’s welfare. He might have taken up more welfare activities but political developments like losing power once, resigning again, losing reigns of the party happened at a quick pace.

The word welfare was not heard after NTR. The ruling of Chandrababu is different. One part of work and three parts of promotions is the basic tenet of his ruling. There is no need to talk about his vision and hungama now.

YS Rajasekahara Reddy had commenced his Padayatra at that time. Like never before, he announced free power to farmers. Chandrababu ridiculed the promise. He commented that if he implements that scheme, there would be no power in the state, and power lines will be useful for only drying washed clothes. But YSR had won the elections later and implemented the free power scheme successfully.

Everybody knows how expensive is to avail medical treatment in a corporate hospital. Irrespective of the ailment, they will not send the patient home without charging a minimum of Rs 50,000. They charge lakhs of rupees from the patients in some cases.

Poor people were able to afford even expensive heart surgeries worth lakhs of rupees. Arogasri is one of the major schemes that had brought YSR to power for the second time.

YSR focused more on farmers in his rule because they are the most neglected people. Apart from providing free power, he tried to provide water facilities to their farmlands by taking up several irrigation projects. Even before he could complete his vision he left all of us.

People find very few leaders with credibility, who are straightforward and who believe in people’s support. Many people identify YSR with all these qualities. When it comes to friendship, he scores the most. Unlike many other popular leaders who leave their friends in tough times, YSR never left his friends.

Forget about friends, if someone from the opponent camp comes to him seeking help, he will forget everything and help them. We can’t find this type of magnanimity in no other leader.

If we have to talk about the Telugu style and tradition, three leaders come to our mind. NTR, PV Narasimha Rao, and YSR. Among the three, NTR and YSR look royal in their traditional ‘Panchekattu’. Moreover, the everlasting smile on YSR’s face never fades away from the minds of the people.

YS Jaganmohan Reddy may expand YSRs welfare schemes, he may provide a better welfare-oriented rule than his father but it is tough for him to overtake his legendary father. Because YSR secured a permanent place in the hearts of the Telugu people.

It’s YSR’s birth anniversary today and remembering his great deeds again would be a great tribute to him. #KhabarLive #hydnews