I love cooking different cuisines and am an ardent foodie since my teenage days. Here I want to showcase the rich culinary heritage of Indian cuisines.

One of them is The Royal Hyderabadi Cuisine, which hails from the city of Hyder-abad which was ruled by the Nizam (Ruler of Hyderabad) before and during the British era. After independence, most of the secrets were infused in the families of the khansamas of the Royal kitchen.

Hyderabadi cuisine is a very sumptuous part of the state of Andhra Pradesh or Telangana food. This cuisine is a royal legacy of the Nizams of Hyderabad, India. The city was founded by the Sultans of Golconda, who developed their own cuisine over the centuries. This cuisine is also heavily influenced by Turkish (Biryani), Arabic (Haleem), Mughlai and Tandoori culinary styles with considerable influence of the spices and herbs of the native Telugu and Marathwada.

The modern Hyderabadi cuisine has evolved since the time of the Nizams in the mid-17th century and has been elevated to a sublime art form. The use of dry coconut, tamarind, and red chilies along with other spices are the main ingredients that make Hyderabadi cuisine different from the North Indian cuisine.

Before I start boring some of my readers with the history of this cuisine, let me pen a popular Hyderabadi (non-veg) recipe, which is rich and luscious in it’s making as well as delicious in it’s taste.

This was rumored to be a favorite dish of the Nizam of Hyderabad. His Majesty’s recipe made by khansamahs in the royal kitchens of the past, is now for you to try out.

(For the other ingredients please refer to the embedded picture)

Features Of The Royal Hyderabadi Cuisine

This region’s cuisine is a blend of Mughlai and Maharashtrian cuisine, with an influence of the spices and herbs of the native Telangana region.

The Royal Hyderabadi Cuisine essentially, is a mix of the kitchens of the former Hyderabad State, that include the Telangana, Marathwada and Hyderabad-Karnataka regions. The Cuisine also contains city specific specialities like Aurangabadi Naan Qaliya, Gulbarga Tihari, Bedar-Kalyani Biryani, etc. The Masalas or the rich blend of herbs, spices and condiments give the dishes a base, or what is popularly known as Garebi (a coining from the English word ‘Gravy’).

Some of these blends are a well-kept secret that pass only down the family line or from the Ustad (Teacher) to his Shagird (Pupil). The head cooks or the Khansamahs were the pallbearers to the royal kitchens and were treated with due respect. The word “Nawabi” is as synonymous with the Royal Hyderabadi Cuisine,also known as Nawabi Dastarkhwan  as “Shahi” is with Lucknowi cuisine. These words conjure delicacies that are rich in taste and texture with mouth-watering aromas.

The Royal Hyderabadi Cuisine is special due to the use of specific ingredients, carefully chosen and cooked to the right degree. The addition of a certain Herb, Spice, Condiment or an amalgamation of these, which adds a unique taste and texture to the dish. The herbs and spices used and the method of preparation gives the dish its name.

Traditional utensils made of Brass, Copper and Earthen Cookware are used for cooking. Food is even cooked on heated stone slabs.

All types of cooking involve the direct use of fire on a charcoal sigdi (circular charcoal grill). There is a saying in Hyderabad, cooking patiently or “itmenaan se” is the key; slow-cooking is the hallmark of Hyderabadi cuisine. The Slow-cooking method has its influence from the Dum Pukht method used in Awadhi & Lucknowi cuisines.

The cuisine emphasizes the use of specific ingredients that are carefully chosen and cooked to the right degree and up to the right duration of time. Utmost attention is given to choosing the right kind of spices, meat, flour, rice, etc. Therefore, an addition of certain herbs, spices, condiments or a combination of all these adds a distinct taste and aroma.

The key flavors of the Nawabi Dastarkhwan or Royal Hyderabadi Cuisine comprise ingredients like coconut, tamarind, peanuts and sesame seeds, which are used in my recipe of Hari Mirch ka Gosht and also in many other delicious delights

The key difference here, is the presence of dry coconut and tamarind in the Royal Hyderabadi Cuisine, which is absent from the North Indian cuisine. Some typical ingredients include Betel roots (Pan ki jad) and Stone flower (patthar ke phool).

Of all the Royal cuisines, Hyderabadi is the only cuisine, which while being pre-dominantly non-vegetarian, also boasts of having an equal number of vegetarian dishes, particularly due to the local influences.

The Nawabi Hyderabadi Cuisine always has various kinds of bread from the kilns of the local bakers. These breads are equally popular, be it rich Sheermal or Lukmi (bread stuffed with savory minced meat). It isn’t only an accompaniment to the main course but also forms a base for a popular sweet dish called Dabal Ka Meetha.

In Hyderabad, presentation of food is also important which reflects the richness of food and culture. The Royal Dining Hall was called Shahi Dastarkhwan, where royal families used to party on the delicious Hyderabadi cuisine.

It is Hyderabad’s most famous meat-and-rice dish. The Nizams served some 26 varieties of Biryanis for their guests. An authentic Hyderabad meal invariably includes a mutton biryani. Hyderabadi Biryanis incorporating chicken, lamb or vegetables instead of mutton which is primarily used. Some are delicate in taste, some intoxicatingly aromatic, some flavored with saffron, some flavored with cream and others with rose water or rose or pine flower water. Dum style of cooking is followed whilst making Biryanis. The types are as follows:

Haleem is a seasonal delicacy of wheat, meat and cooked for hours to a porridge-like paste. This traditional wheat porridge has its roots in Arabia, known as harees. Haleem is a seasonal dish which is made during Ramzan (Ramadan). The high calorie haleem is an ideal way to break the ramzan fast. Haleem means patience, because it takes long hours to prepare (often a whole day) and served in the evenings. It is a popular starter at Hyderabadi Muslims weddings.

These are the non-vegetarian curries made of meat. These are the pride of Hyderabadi cusine apart from Biryanis. The curries are distinguished based on colour, flavor and consistencies. Khormas have a light shade of red. Shorbas had a soup like consistency and are bright red in colour. Khalia ranges from dry to thick gravy-like and ranges from dark brown to dark green in colour.

Mutton/lamb seared on a stone slab found in Hyderabad.

Stuffed Eggplants, a delicacy where tender and fresh brinjals are stuffed with grounded peanut-coconut mixture and cooked in a rich and creamy paste.

A dish that is made of any type of Mirchi (green chili or Jalapenos) or banana peppers etc which is not too spicy or fiery. This is a traditional Hyderabad saalan (gravy) made in a shallow wide flat bottomed handi. The saalan is sealed in this handi and kept on low fire to cook with all the flavors trapped inside to give that authentic rich taste. The Mirchi ka Saalan (similar to the Rajasthani dish) recipe stands out from the bunch of Chili recipes from Hyderabad (capital city of Andhra). Whole green chilies (along with stems) are simmered in sesame-peanut and coconut spicy sauce. The dish is easy to prepare and has a refreshingly pleasing taste.

This is a typical item of Hyderabadi cuisine. It is a dish made from trotters. A rather unusual and typical Hyderabadi recipe. The paaya (trotters) are boiled for a long time (normally overnight) with spices and then strained. It is normally served for breakfast along with breads.

A semi-dry chicken masala cooked with yoghurt, nuts (cashewnut and peanut) and coconut and sunflower and sesame seeds. The gravy is yellow colored.

Badam (Almonds) and it’s oil is used in making this type of chicken adding cream and almonds and garnishing with almond slivers.

This is basically a sourish lamb stew, simmered in a lentil puree. It is a common practice to combine meat and lentils to make it a complete nutritive dish. Meat is cooked along with chana dal and whole spices, and braised along with yoghurt until the meat is soft. The dish is then tempered wth ghee, garlic, and whole red chillies.

This is one of the most famous dishes in Hyderabadi cuisine. It is a fish preparation made by marinating the fish in turmeric, salt and garlic. The gravy is made by cooking coconut milk, tempered with curry powder and whole red chilies, and flavored with turmeric and tomatoes.

Apricot Pudding, in which dry apricots are stewed in honey and topped with almond and cream. The original recipe is a translucent liquid.

Bread Pudding topped with dry fruits, a derivative of Mughlai dessert Shahi Tukde. Here the bread is fried and soaked in sugar syrup before further processing

This is a type of dessert made by cooking grated white marrow with milk and sugar, and thickened with sago seeds and khoya. This commonly flavoured with cardamom powder and rose essence, and garnished with slivered almonds and pistachio.

Shikampuri Kebab (mutton mince cooked with cumin,cloves and cinnamon and Bengal gram lentil until a proper binding is formed and stuffed with cottage cheese/ egg slice, mint, onions and green chilies) and gently grilled on a griddle or tawa with pure ghee till pink. Shikampur means ‘belly-full’ referring to the stuffing in the centre of the kebab. 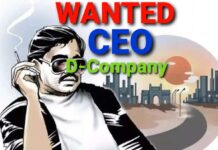 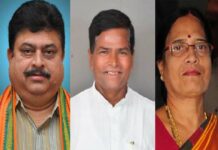