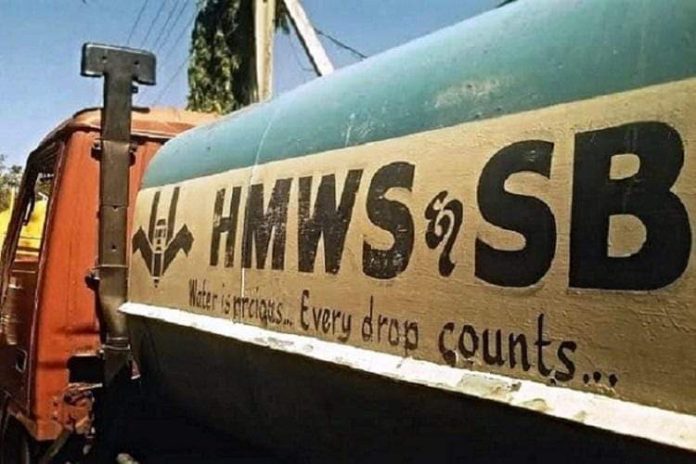 An RTI filed by an activist in Hyderabad highlights the dire situation of the impending water crisis in the city. According to the RTI, between March 1 and July 15, water tankers of the Hyderabad Metropolitan Water Supply and Sewerage Board (HMWSSB) made a staggering 3,99,044 trips to domestic households and apartments. It also made 1,90,145 trips to commercial establishments.

Speaking to #KhabarLive, Sai Teja, head of Social Media and Public Relations, at the Forum Against Corruption (FAC), who filed the RTI, said, “This clearly proves wrong the idea of officials that the city is water sufficient. The coming summers are only going to get worse if we don’t change our ways.”

NTR Nagar in Hyderabad saw the most number of domestic trips made by tankers, with the figure standing at 24,052.

The data also showed that a lot of trips were made to Madhapur, where one circle of the HMWSSB saw 22,960 trips while another circle saw 23,433 trips in the time period between March and July. Banjara Hills saw tankers take 19,741 trips, while 22,100 trips were made to Erragadda. Jubilee Hills saw the most number of trips made to commercial establishments at 20,051, besides 15,479 domestic trips.

“All these areas are affluent ones and it is likely that they may be wasting a lot of water. If the amount of water wasted across the city each day were to be quantified, it would be huge. The government says rainwater harvesting is mandatory, but the implementation is weak,” Teja says.

The HMWSSB draws water from storage points that it has set up across the city, which is distributed via tankers. There are also private tankers that operate in the city, which charge more than the HMWSSB, but also see a lot of demand, especially in the months of May and June.

“We don’t know where the HMWSSB has spent the money. We often see sewage leaking or pipeline bursts. Officials need to do a lot of repairs but we can’t see much developmental work being taken up on the ground. If they divert even a part of the money earned from tankers into this, it will benefit the HMWSSB and the citizen,” Teja says.

“The public must use water judiciously and start rainwater harvesting in their permises; else, we will end up with a crisis, where we may end up fighting for water in the future. We are already seeing examples in Cape Town and even in Chennai recently,” he adds.

In July this year, water levels in Nagarjunasagar reservoir (River Krishna) and the Yellampally reservoir (River Godavari), which provide water to Hyderabad, dropped steeply, and the city was close to a water crisis.

At one point, the HMWSSB said that around 23,000 requests for tankers from citizens were pending. At the time, officials attributed the demand for tankers to rainfall deficit and depleting groundwater. #KhabarLive