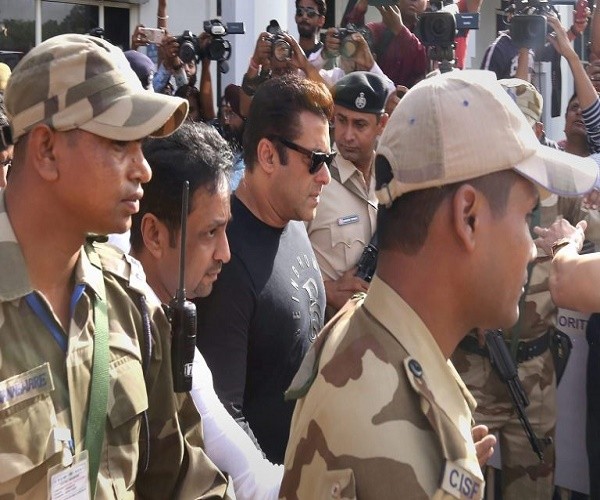 On 5 April 2018, a Jodhpur trial court convicted Salman Khan under Section 9 read with Section 51 of the Wildlife (Protection) Act, 1972. The case arose out of a 1998 incident where Salman was accused of killing two blackbucks. Salman’s Hum Saath Saath Hain co-actors, namely Saif Ali Khan, Sonali Bendre, Tabu and Neelam were also tried under these charges but have been acquitted by the court.

But what exactly do these charges mean? And what is the maximum punishment that can be given to someone convicted on these?

The Charge: Hunting Prohibited Animals
The Wildlife (Protection) Act, 1972, does not prohibit all kinds of hunting. However, Section 9 prohibits the hunting of any of the animals listed in the five Schedules of the Act. Blackbucks are listed in Schedule I, and therefore hunting them is a criminal offence.

“Hunting” under the Act includes killing, capturing or injuring an animal, or any attempt to do so.

Section 51 of the Act specifies the penalties for hunting prohibited animals (and other offences under the Act).

Punishment for Salman
According to Section 51 of the Act, the punishment for hunting an animal listed in Schedule I is three to seven years imprisonment (plus a fine). However, in 1998, the range of punishment was one to six years.

Therefore, the maximum punishment that Salman can receive in this case is six years of imprisonment.

Will Salman go to Jail?
Salman is obviously expected to file an appeal against the conviction — as he did when convicted in the chinkara hunting and hit-and-run homicide cases. Till the appeal is heard, he can apply for a suspension of the sentence or for bail under Section 389 of the Code of Criminal Procedure.

ALSO READ:  Despite All Odds And Favours, Telangana Remains A Distant Dream For Congress Party

It may also be possible for Salman to avoid going to jail at all, depending on the sentence imposed by the court. If the sentence is up to three years imprisonment, he can apply to the trial court itself for bail immediately. If bail is granted, he will not have to go to jail at all till the appeal is heard.

If the sentence is more than three years, then he will need to apply to the sessions court or High Court for suspension of sentence and bail. This won’t happen on the day of sentencing itself, and so he will need to go to jail for at least one day.

This is what happened when Salman was convicted in the chinkara hunting case in 2006. However, he was able to get a suspension from the higher courts, which allowed him out on the condition that he does not leave the country. Even this requirement was later waived by the court so that he could travel outside the country for filming a movie.

Salman’s Next Steps
Either way, Salman’s next steps will be: