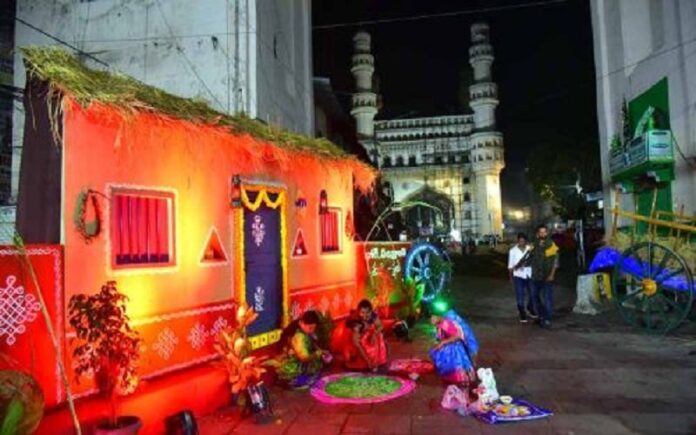 61 / 100
Powered by Rank Math SEO
Sankranti is a major harvest festival of Telugu people. Thousands employed in Hyderabad headed to their homes in towns and villages. Telugu people working abroad are also visiting their families. 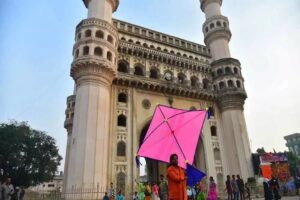 The three-day celebrations kicked off with ‘Bhogi’ on the first day. Towns and villages in both the states came alive with people setting bonfires on the streets with agricultural and household waste.
Every corner of Telugu states celebrating Sankranti festival with much fervour and villages are resonating the cultural heritage. Sankranti is a harvest festival and marks the transit of Sun into Makara Rashi. The festival mostly falls on 14th January as it celebrates on following solar cycle. Sankranti festival celebrated grandly in Telangna and Andhra Pradesh, especially in Konaseema. The people of Telugu states celebrate these four days festival traditionally. 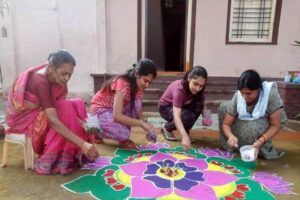 The celebrations began in the early hours of the day with people cleaning their houses and burning old items in the belief that new things would usher into their lives. People gathered at street corners early in the day and lit up a fire called ‘Bhogi’ in which unwanted goods like old clothes, mats and broom sticks were burnt.
Villages wore a festive look with women decorating the entrances of their houses with intricate ‘rangoli’ designs. Young men took to kite flying. Men, women and children went around the bonfires with prayers. Some sang and danced. 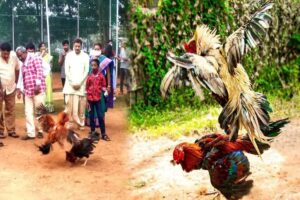 After thoroughly cleaning their houses, women set cow-dung balls called ‘Gobbemma’ and placed it among the rangoli patterns. They also put a fresh harvest of rice, turmeric and sugarcane.
The houses were decorated with marigold flowers and mango leaves. ‘Haridasus’ and ‘Basvannas’, the uniquely attired alm seekers with ornately decorated ox, made rounds of the villages.
The families, after offering prayers in temples, prepare various dishes, especially Pongal — made of rice and daal. Decoration of bulls, cock-fight, bull fight and other rural sports mark the festival. 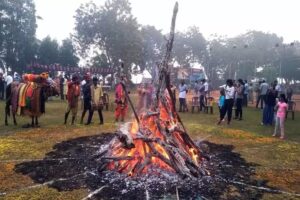 The first day will celebrate as Bhogi festival and people set bonfires as per tradition and on the second day will be celebrated as Sankranti. The third day is Kanuma on which everyone will spend time with their cattle and decorated them with colourful ribbons, offers prayers. The main aim of the Sankranti festival is to bring humans close to nature.
Earlier this day, the both Chief Ministers of Andhra Pradesh and Telangana conveyed Sankranti festival wishes to the citizens of the states. AP CM YS Jagan Mohan Reddy took to Twitter and wished Sankranti festival wishes to the people and said that Sankranti is a festival on which people will show their affection on their villages and respect on the farmers. He wished a good fortune to everyone in the state. #KhabarLive #hydnews
ALSO READ:  Will Tirupati Bypoll To Test Jagan Reddy’s Sop-Based Style Of Governance In Andhra Pradesh?