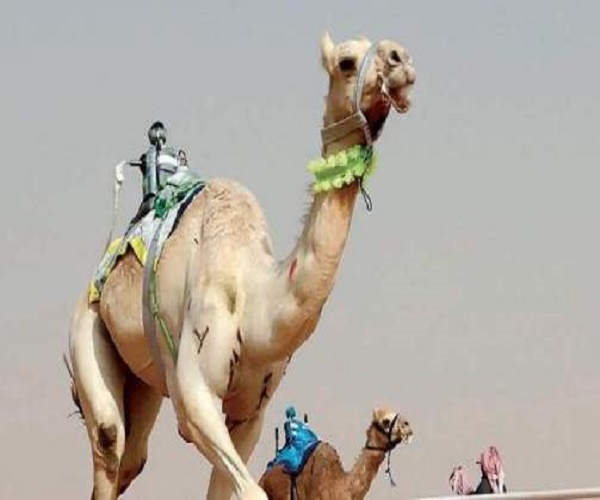 The King Abdulaziz Camel Festival in Riyadh, a month-long jamboree in the desert where the animals are judged for their beauty, behaviour, body language and speed

There’s a reason why I travel only on Saudia,” declared the man seated across the aircraft aisle on my left. “They don’t serve liquor, at least not on the flights to or from Riyadh. I just can’t stand the smell!”We had just taken off on from New Delhi’s massive Terminal 3, en route to the Saudi capital. The man next to me used broken but chaste Hindi to introduce himself as a “highway and mosque construction contractor”, returning home after a successful trip to Kerala and New Delhi.

I was going to Riyadh to attend the closing ceremony of the King Abdulaziz Camel Festival, a month-long jamboree in the desert where camels are judged for their beauty, behaviour and body language, as well as their ability to race. With over 35,000 camels taking part and prize money worth over $57 million on the table, it was certainly not an event worth sniffing at.

It was 9.30 pm when we landed at King Khaled International Airport in the chilly wind. Young men in traditional white Arabic robes and Kafiya guided us along the corridors to immigration, where I was photographed and fingerprinted before the visa was stamped. Brought up on stories about Saudi opulence and grandeur, the airport and the ride to the hotel left me underwhelmed.

Early next morning, we headed for the camel city of Al-Dahna, 120 km away. Security became increasingly tight as we sped down the highway into the desert, with powerful police cruisers and SUVs dotting all intersections. After all, apart from King Salman, his crown prince and their retinues, royalty from the UAE, Bahrain, Kuwait and other neighbouring kingdoms were on the guest list. Two hours later, the massive, sprawling camel village sprang out of the brown desert like a grey and white oasis dotted with colourful flags.

So how exactly does one judge a camel’s beauty? “It’s not easy,” said an organiser. “There is a checklist which looks at certain physical parameters, like size of head, body symmetry, position of hump, shape of lips, teeth, etc. Then there are subjective parameters like how it sits and rises from the ground, and its overall personality. Judges and experts examine each animal carefully before they pick the winners in each category. There is even an award for the tallest camel.”

Playing down reports that a dozen camels had been disqualified from the beauty contests after they were found to have been “surgically enhanced” and botoxed, he admitted that the huge sums of prize money did encourage such antics. “Apart from medical tests and other very stringent checks and measures, we also make the owners swear on the holy Koran that they have not violated any of the rules,” he said. Similarly, each racing camel undergoes regular and random blood and other examinations for performance-enhancing drugs.

In the stands, right next to the air-conditioned hall for the VIPS, snipers were positioned on the rooftops, while hundreds of soldiers, policemen and plainclothes security men with pistols holstered over their robes constantly scanned the crowd. Bar a couple of foreign journalists and some organisers from the UAE, there were no women in sight. And there were certainly no women in the song-and-dance show put up for the visiting dignitaries on the race track before King Salman gave away the prizes.So what about reports that the orthodox kingdom was easing some of its stringent rules, by letting women drive unattended and even attend concerts and sporting events?

“We are changing,” said a man who called himself Sultan. “We must change. However, we cannot change centuries of tradition and culture overnight. They have to be slow and incremental. But outside powers and the West make this difficult by publicly insisting on change, because then it seems we are changing under pressure, and not because we genuinely want to bring about change,” he argued.

“Festivals like these are actually signs of that change. Earlier, we would never have invited so many foreigners to this event. But now, we want the world to come and experience our life, our culture, and also see these changes taking place for themselves. Look at how we have replaced the infants and children who used to be camel riders (jockeys) with robots today. Is that not change?”

“We have been hearing talk about change too,” said the cab driver from Assam who was taking me back to Riyadh airport early next morning. “But so far, the only change has been the rapidly increasing cost of living.” #KhabarLive