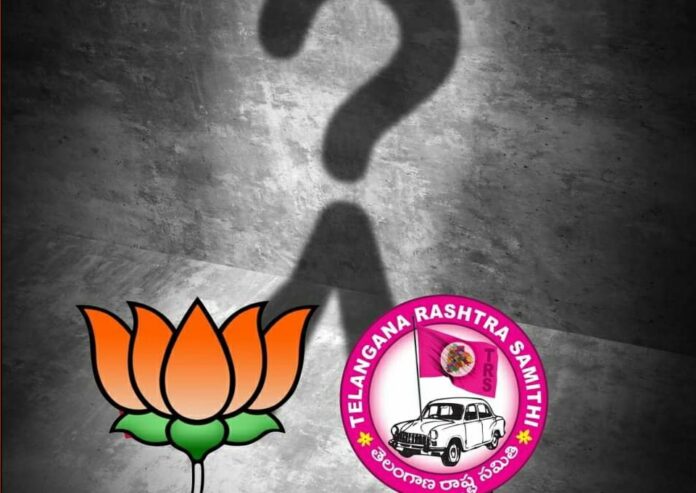 Pitching the Greater Hyderabad Municipal Corporation (GHMC) elections as a fight between nationalists and anti-nationalists, the saffron party has exposed its true colours in Telangana. The election season brings out the worst instincts of parties nurtured on exclusivist ideology.

No wonder that communal polarisation has become the name of the game for the BJP in the upcoming elections to the Greater Hyderabad Municipal Corporation (GHMC). Instead of focusing on development issues and civic challenges facing the rapidly transforming city, the saffron party is back to its old tricks of seeking to fuel communal passions.

Since the announcement of the polls, attempts have been made to disturb the secular fabric of the historic city and instigate communal and regional feelings among the people. It must be remembered that the global technology giants choose Hyderabad as their favourite investment destination because it has peace and harmony and offers a perfect ecosystem for innovation and entrepreneurship to flourish.

This USP should never be allowed to slip away. State BJP president Bandi Sanjay has a lot to explain to the people for vitiating the poll campaign and taking it to a new low with his hate-filled personal attacks and provocative statements. By dubbing Chief Minister K Chandrashekhar Rao as anti-national and anti-Hindu and hurling irresponsible and baseless charges, the BJP leader has crossed all norms of decency.

Such a rabidly communal campaign has no place in a democracy. Unfortunately, the brash and rabid Hindutva that revels in the binary narrative of nationalism versus the ‘Tukde Tukde gang’ has now come to occupy the centrestage of the ruling party’s ideological positioning across the country. It would be foolish to believe that such hate talk will translate into votes.

The opposition party would be well-advised to present an alternative development agenda to the voters instead of resorting to polarisation gimmick. Already, the BJP has much to answer on the allegations of creating hurdles in the distribution of flood relief to the affected people. It also owes an explanation to the people as to why the NDA government has been consistently ignoring the needs of Telangana and failing to release even those funds that are legitimately due to the State.

By pitching the civic body election as a fight between nationalists and anti-nationalists, the saffron party has exposed its true colours. The Dubbak bypoll win, with a wafer-thin margin, appears to have infused an exaggerated sense of self-perception among the State BJP leadership ahead of the GHMC polls. It needs a reality check and, more importantly, it must realise the folly of playing the communal card.

By claiming that those who vote for the ruling Telangana Rashtra Samithi (TRS) are supporters of Pakistan, China and Bangladesh, the BJP leaders have plumbed new depths in the vicious campaign. Economic development and social harmony must be the focus of political parties seeking public mandate. #KhabarLive #hydnews