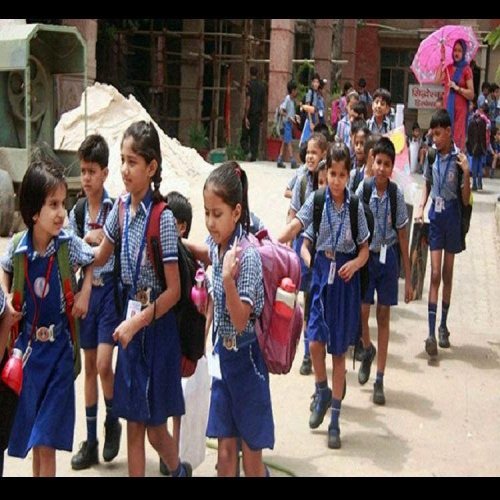 Parents in Hyderabad have alleged that private schools have started ‘manipulatively’ dealing with the government order which asked all the private schools only to collect tuition fees on monthly basis from parents and not to collect any other fee from the parents.

However, parents have said that they are still being made to cover all the additional fees, as the schools have included all additional fees under a single header: tuition fees.

In the month of March, a parent had received fee details for a VII standard student of a CBSE school situated in Banjara Hills, through their school app, as the following:

However, after the government order from the Telangana government, the fee structure has been changed to the following:

This is not an isolated case — several parents are approaching parents’ associations, stating that school managements are collecting all the additional fees under differential slabs. And now, parents are being worried as there is no relief for them in terms of fee payment.

“We don’t understand what the purpose of the government order from Telangana is. The government had clearly stated not to collect any other fee, but that does not mean that they can collect as much as they want under the tuition fee bracket? The government needs to intervene and give clarity on the tuition fee, or fix a cap on it,” a parent told TNM on the condition of anonymity.

A member of the Hyderabad Schools Parents Association (HSPA) stated that they have received many similar complaints from parents.

“We are getting messages and calls from several parents whose children are studying in private institutes. They have said that the fee slab is very manipulative and most of them are paying as much as the previous year’s fee, which has multiple slabs. The government needs to define tuition fee and take strict measures against the schools that violate the order,” said N Venkat from the HSPA, who is a parent himself.

Some parents have also said that they are being asked to pay the fee on a quarterly basis as soon as possible, despite the government’s order asking schools to collect fees only on a monthly basis.

After parents’ request and as many parents have lost their income due to COVID-19 lockdown, the Telangana government had issued an order providing relief to the parents in terms of fee.

According to the order dated April 21, “Keeping in view of hardship caused by lockdown due to COVID-19, the Telangana state cabinet passed a resolution that schools shall not increase any kind of fee during the academic year 2020-21 and shall charge only tuition fee on monthly basis till further orders.”

The order is applicable to all the schools – private, unaided, and recognised – in the state, affiliated to the state board, CBSE, ICSE and other international boards.

It was also stated that non-compliance of the above instructions will result in the cancellation of school’s recognition and the no-objection certificate already granted for affiliation to other boards will be revoked. The order said that appropriate action will be taken against the school management under the relevant rules.

Several schools are allegedly also making teachers, receptionists, administrators make calls to the parents and request them to pay the fees so that they would get their salaries. However, the same schools are also asking the faculty to resign voluntarily and accept half their salaries.

When contacted, Mr Ramana Kumar, the Joint Director from the School Education Department, stated that they would definitely take action against the concerned school management. The director has asked parents to write a formal complaint to them along with the evidence.

Meanwhile, the decision to reopen schools might be taken only in the month of July, after consultations with all the concerned stakeholders, stated the central government in its recent order. The Ministry of Health and Family Welfare is expected to prepare a Standard Operation Procedure in this regard as well. #KhabarLive #hydnews