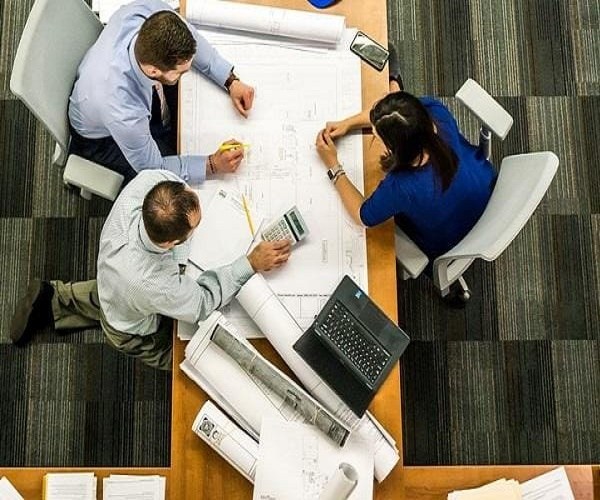 Over the last decade, working for a startup was increasingly seen as an attractive proposition. Snazzy interiors with attractive amenities, ditching desks for beanbags, no mandatory dress code, a much more relaxed work environment – it seemed like a dream to everyone. And most startups caught on to the trend as well.

But cut to 2019, according to the ‘National Employability Report – Engineers’ (2019) by talent assessment firm Aspiring Minds, less than 10% of Indian engineers want to work at startups. The dream of a flexible ‘cool’ workspace, often comes crashing when the startup shuts down, leaving employees in the lurch.

Over the past few years, there have been several such instances. Take TinyOwl for example. When it started to go bust in November 2015, it had laid off over 200 employees without clearing dues or paying salaries. Ask Me, which shut down in 2016 laid off over 4,000 employees. The stories are countless. Most recently, startups such as Treebo, Rubique, Cars24 and Urban Ladder laid off several employees amid slowing business or failed funding.

Pounniamourthy, an employee of financial services company Rubique didn’t get paid since January 2019. By March, he lost his job. Pounniamourthy claims that the company owes him nearly Rs 2 lakh. “I didn’t get any proper explanation. They just said they don’t have funds. I have been constantly asking them to clear my dues. They keep saying we will try but there has been no response,” he says. Pounniamourthy has a two-year-old child who needs to undergo a Cochlear Implant surgery, for which he has been desperately trying to raise funds.

His colleague Manutosh Panda who worked in the credit card department of the Chennai office, alleges that the company owes him close to Rs 90,000 and has been unresponsive since he was laid off in March. “This is a cheat company. They didn’t give me my salary, my Full and Final settlement, nothing. Even though I worked till March 12, they wrote in my relieving letter that I only worked till January 31. Now they don’t respond to my mails or my calls. I called the HR nine times, but it went unanswered,” he alleges.

Stories are similar across these startups. One employee at Treebo said in a LinkedIn post that a very large number of people have been hung out to dry. Sources in the company say that this layoff came despite the company assuring employees after layoffs last year that this wouldn’t happen. Treebo laid off over 120 employees last week after fundraising talks with global hospitality major Accor SA fell through.

At Cars24, a laid off employee who didn’t wish to be named said that they were given no prior notice and suddenly lost their jobs one day. The only reason given to them was that the company was downsizing as it cut costs.

None of the employees that #KhabarLive spoke to have found another job yet.

Treebo and Cars24 are yet to respond to #KhabarLive’s queries. However, following media reports that over 300 employees were laid off at Cars24 in May, the company rubbished reports of layoffs saying that only a few people were asked to leave as a part of the performance assessment process.

Rubique told #KhabarLive that it was a combination of business rationalisation decisions and a few employees deciding to leave on their own after the company was impacted by the IL&FS crisis.

“Some of the business members succumbed to the pressure from collection front. Similarly, the strict control over performance also caused some members to part ways. Hence, though we were around 100 members in October, the same was reduced to 47 at the end of May. We would like to quote here that number of people leaving by themselves is more than the people who were considered as part of business rationalization,” a company spokesperson told #KhabarLive.

Rubique also added that pending payments are being prioritized and being released partially in accordance. “We have kept a regular dialogue with all our creditors, which includes our business partners, vendors as well as employees (active and inactive) in this regard.

While the business has also taken a big hit over the last few months, we are putting our best efforts in seeking strategic investment in order to address the current set of challenges and put ourselves in the direction of revival. The company is trying to come current on the taxes front and working all possibilities to ensure all affected parties are taken care of (existing & ex-employees),” it said.

ALSO READ:  ‍‍‍How To Revive The Coliving Sector In 2021?

The bigger question
High on funding, several startups go a splurging spree – be it marketing campaigns, expanding to new cities or hiring new teams. On the other side, a new-age working environment, fat paychecks and the startup dream lures many to work for startups. But as funds dry up and with no investors are in sight, it’s employees who pay the price.

However, with layoffs becoming a regular occurrence, the larger question is – is it fair for employees to become the collateral damage of unsustainable businesses?

Amit Agarwal, Managing Partner of Stanton Chase India says that most often entrepreneurs don’t have the necessary experience to go about proper planning and hiring in a structured manner. “In the excitement of raising funds, they tend to go overboard in hiring, assuming things will go as planned. And when they don’t, they are left with no choice but to let people go. While firing is always circumstantial, hiring right is extremely important – hiring the right quality and quantity,” he adds.

Sanjay Jesrani, CEO of Go North Ventures, agrees with this. According to him, startups most often work in a reactionary mode. When they have to scale, the entire focus is put on go-to market, customer acquisition and scaling, while HR, finance or operations teams aren’t given the right amount of focus.

“What is happening is, in the quest for wanting to show numbers, startup tend to hire in large numbers. If an investor is saying you need to grow headcount by 100 people, you tend to just do that,” he adds.

And this is where, according to Amit, funds that back entrepreneurs play an important role.

“While it’s the responsibility of entrepreneurs to ensure proper hiring plans are put in place, funds that back these entrepreneurs also should play a key role in ensuring no decisions are taken out of excitement,” Amit says.

According to both Amit and Sanjay, it is extremely important to plan hiring in a structured manner to avoid layoffs.

Sanjay says that it eventually comes down to having the right fundamentals of business. Entrepreneurs need to do the right amount of forecasting of their business and be on top of what their business funnel looks like. This gives the leadership a clearer view of what is the worst case, the best case, and most probable case scenario.

And this is where putting a proper hiring plan in place also comes in. Amit says that startups can set benchmarks and hire based on achieving those milestones. That way, you don’t end up hiring more than you require.

Sanjay adds that finding the right fit and training them well for the job is also extremely important. If not trained enough, it can lead to issues for the business, he says.

Handling layoffs
But running a business is always a gamble. Big or small, some businesses tend to fail. This was also seen recently when India’s largest private airline Jet Airways, which was successfully operational for nearly 25 years, shut shop.

In scenarios where a business has no option but to lay off employees, the right way to do it, experts say, is to always keep communication open.

“Entrepreneurs tend to think that something will happen in the last minute and they will scrape through. They don’t start talking about these things because of the fear of losing people they don’t want to lose. Because people will start looking out the moment the company is in trouble. Therefore, a proper channel of communication has to be established,” Amit says.

Sanjay suggests that companies should address employees three months ahead of when it may run out of cash. “Talk to them, look at deferring payments of senior employees who anyway have stock and who have been vested with large amount of wealth creation,” he says.

If a business needs its employees, Sanjay adds, “there are ways to talk to employees where you can tell them I will pay you 50% but I really need you and that gives the crucial ability to get through the rough times.”

Employees shouldn’t be the sole victims of exuberance or unplanned growth. The impact of such firing can have serious human costs.

Instead of flash and burn, there are ways of setting expectations, talking to people and trying your best to manage the situation. And each of those require a proper forecasting into the business right from the beginning. #KhabarLive