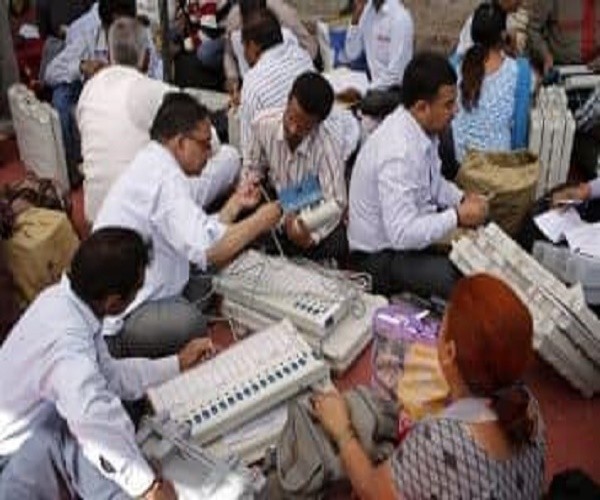 An increasing number of “small candidates”—defined here somewhat arbitrarily as those whose vote shares remain below 2% of the total vote—compete in assembly elections across India. The numbers of such candidates on the ballot has steadily increased for the past two decades.

Data assembled by the Trivedi Centre For Political Data at Ashoka University suggests that an average of almost eight candidates in every assembly seat eventually received less than 2% of the vote in state elections that took place in recent years (2012-2017); by contrast, there were fewer than three such candidates in the 1997-2001 period. Though similar statistical evidence is more difficult to assemble for local elections, anecdotal evidence suggests a similar trend.

Whether or not this increase in contestation is to be celebrated is in principle unclear. On the one hand, this may be reason to rejoice. For one, increased contestation may suggest that an increasing number of citizens are willing to have their voice heard or that they do not defer to established elites and political parties to solve their problems.

On the other hand, providing citizens with an ever-larger number of options may increase error in the polling booth, or even discourage some voters from turning out. From a practical standpoint, it also leads to particularly hectic, and less readable, electoral campaigns. Last but not least, one cannot simply dismiss the possibility that the motivations of many of these small candidates may be problematic.

As close observers of elections know well, candidates from leading parties frequently suspect these small candidates of being “vote-cutters” or “vote-spoilers”, referring to the fact that these candidates may steal away some of their likely votes, and hence precipitate their defeat. While these accusations are factually correct—small candidates by definition do cut into some of the vote that would otherwise go to more competitive candidates—they also often come attached with a corollary accusation of foul play. Small candidates are often described as dummies for more powerful forces or for one’s competition, and/or as parasites threatening the predictability of elections, and hoping to make a quick buck out of it.

The anxiety of dominant candidates is in some sense understandable. In a first-past-the-post electoral system, small candidates matter a great deal more than is conventionally acknowledged. In recent state elections (since 2012), small candidates pulled together a combined vote share that exceeded the difference between the winner and the first runner-up candidate in approximately one in four constituencies (26%). This suggests that the proliferation of small candidates does affect the outcome of elections, a fact candidates from the main parties are keenly aware of.

Besides, from a theoretical and psychological standpoint, there is something fundamentally puzzling about the motivation of these candidates. A few highly delusional individuals likely run, but most of those who eventually obtain less than 2% of the vote are well aware that they never stood a chance. Why then did they compete?

The answer to this question is in our opinion less of a caricature than what the complaints of candidates from dominant parties often suggest.

For one, simple institutional factors help generate this trend. This increase is most certainly directly related to the decreasing cost of deposits for political candidates: if considered in real terms, the cost of these deposits has been sharply decreasing since 1996, when the price of these deposits was last adjusted. Many more individuals are currently able to relinquish Rs10,000 today than would have been before 1996.

While this explains why many more individuals can run, it does not, however, explain why they should want to. Besides relinquishing their deposit, running implies a certain amount of effort and spending time off from one’s occupation. Benefits on the other hand are unclear.

During the course of our study in Mumbai over the past few years, we have encountered a number of candidates whom we have reason to suspect ran with malicious intentions. These illegitimate, and maybe anti-democratic efforts at benefitting from the electoral process can take several forms.

In a relatively common scenario, small candidates are encouraged to run by candidates from established parties in the hope that their presence on the ballot will make a dent in the vote share of one of their competitors. This often has to do with caste or religious dynamics: a non-Marathi candidate may for instance have an interest in sponsoring the candidacy of a small Marathi candidate in order to divide the Marathi vote, and hence make a victory less likely for the Shiv Sena or the Maharashtra Navnirman Sena (MNS). Or vice versa.

But other manoeuvres around small candidates are possible. A leading candidate may convince a candidate from a small party after candidacies are made official not to campaign in exchange for a bribe. She may alternatively encourage one of her own associates to obtain the ticket from a small party to later ensure that said party does not properly campaign in the constituency. In yet other cases, entrepreneurial individuals entirely unrelated to parties may become candidates purely in the hope that a dominant candidate will offer a payment before the election, in exchange for an agreement that they stop campaigning.

ALSO READ:  Happy Easter Greetings To All Our Readers!

These colourful examples suggest that some fraction of small candidates have illegitimate or anti-democratic goals in mind.

Yet a diversity of other rationales drive contestation rates up. Many small candidates compete for reasons similar to the reasons that push small candidates to run in democracies around the world. In a number of cases, small candidates are sincere, loyal supporters of regionally weak parties, which want to ensure their presence on the ballot. Most importantly, the recent rise in the number of contestants has probably more to do with the dysfunctional recruitment patterns of the main parties than with mischievous attempts at extracting rent from the democratic process.

In particular, it can be argued that two factors drive contestation rates up: the relative lack of intra-party democracy and the rising cost of elections.

The lack of intra-party democracy is in full display in the rather opaque nature of the ticket distribution system in most parties. When a group of remote party higher-ups are put in charge of vetting local hopefuls, and when they have significant leverage over whom to pick, the likelihood that the process will generate discontent among local party workers is high.

A remarkable number of small candidates are locally popular party workers who have been snubbed by the hierarchy of their party. This leads to competing candidacies from individuals who recently belonged to the same parties. The fact that decisions are typically made very late, weeks rather than months before elections, significantly complicates matters. When various individuals have already invested in a campaign or a pre-campaign before a ticket is officially attributed to one of them, it can be difficult, or maybe even against their best interests, to back down.

Having already organized events and spent a significant amount of funds on a “pre-campaign”, some may refuse to leave the race, which mechanically increases the number of candidates. This suggests that candidates from dominant parties should also look into their own party’s internal procedures if they wish to reduce the number of “vote-cutters”.

The rising cost of elections has also indirectly contributed to the multiplication of candidacies. As has been documented elsewhere by Milan Vaishnav, parties have a clear preference for rich, self-financing candidates, as these candidates are alone seen as standing a real chance in exponentially expensive campaigns.

Yet rich candidates are rarely popular among party workers, especially if they spend little time on the ground, or if they are ushered into the party as candidates without having climbed the echelons of the party from the grass-roots up. This type of candidate in our opinion multiplies the chance that discontented workers who have spent years dreaming of a run would back down if and when they are not chosen through the aforementioned opaque selection process. This again leads to multiple candidacies from individuals who belonged to the same party before the elections.

The frequent preference of parties for candidates with elite characteristics—wealth or dynastic backgrounds—has also in recent years led to rather quixotic efforts from political hopefuls who lack these attributes. Given these well-known biases in the ticket distribution process, candidates from a more modest background now believe that they have to be truly exceptional in order to be granted the honour of representing the party in elections down the line.

Playing the long game, these individuals run not to win, but to prove their ability to campaign and garner (some) votes, in the hope that a losing but nonetheless promising performance could compensate for their lack of wealth, and help them obtain a ticket down the line.

Finally, the fact that tickets are perceived to go to a select few, privileged individuals have also provided the conditions for the emergence of an alternative kind of candidates outside of parties. Concerned citizens, popular influencers, social workers, and other local figures that benefit from some degree of local support are in this context motivated to run not to win, not to make a quick buck, but to make a point. When crusading citizens feel that established parties only represent different shades of political corruption, we are also likely to observe a greater number of candidacies. #KhabarLive