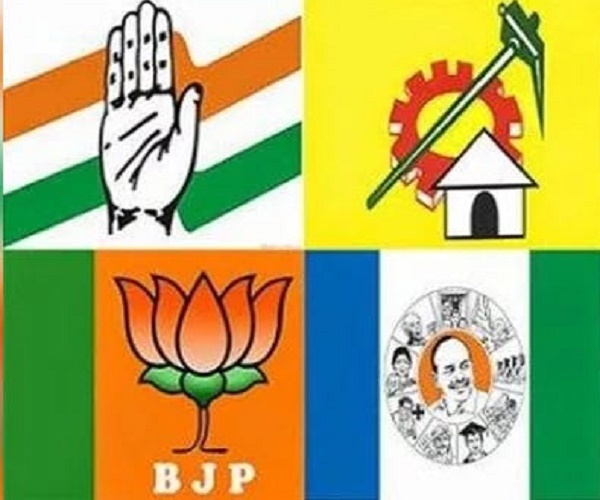 With speculations gaining ground that the notification for Assembly and Lok Sabha elections will be issued towards the end of February, all political parties in Andhra Pradesh are now focusing on social engineering, a word they would like to propagate between now and the election time and every party leader is going hyperactive claiming that they are the only champions in protecting the interests of the BCs.

In view of the fast-changing political scenario in the State, the YSRCP which has been losing its ground very fast suddenly realised that the new-found love between TDP and Congress could further dent its chances. Considerable sections of Kapu community have already moved away from the YSRCP due to the statements the party president Y S Jaganmohan Reddy had made during his padayatra saying that he cannot do anything to get them reservations since the matter was in the domain of central government.

Secondly, the entry of Pawan Kalyan into politics has also resulted in Kapus moving closer to Jana Sena though not en-masse. Moreover, people in Andhra Pradesh see YSRCP as a party which is run through remote control by BJP from Delhi. To minimise the likely impact on votes, the YSRCP seems to have caught up with this fancy word called social engineering.

Interestingly, the party has been organising protests in various parts of the state claiming that the TDP had failed to fulfill its promises and did nothing for the BCs. The state BJP too is singing the same song. But neither the YSRCP nor the BJP has anything concrete to offer to these communities. All they do is hold meetings and level allegations against the yellow party. They are in such an agitated mood that they say that Chandrababu Naidu promised to create one corporation for each of the communities but did nothing. They however, do not explain what they propose to do? So far, they have not even announced how many seats they would give to BCs.

The fact remains that BCs have always been with the TDP. The main reason for this has been that whatever little has been done for the welfare and growth of BCs it was done only during the TDP regime since N T Rama Rao became the Chief Minister. It was he who introduced 20 percent reservation for BCs on local bodies and jobs in the undivided Andhra Pradesh.

When Naidu succeeded NTR, he enhanced reservation in jobs to 35 percent. The party also passed a resolution proposing reservation to the BCs in legislatures. The TDP also appointed BC chairman to TTD thrice so far. After bifurcation, the TDP in the residual state created a BC corporation and also announced various other schemes for them. They also restarted the Aadarna programme with the ultimate aim of contributing to increased income levels and to improve the living standards of the practicing artisans in Particular and all the BC communities in General.

The BCs got the highest number of promotions during the TDP government claims the Minister for Finance, Ramakrishnudu. “It is a fact that none can alter,” he says. BCs never got a chance in the High Court. Only those belonging to a particular caste used to get representation. “But the TDP government has appointed 9 BCs as Judges of the High Court during its rule he pointed out.

BCs had become Judges for 10 years only during the TDP rule. Two BCs had become CJs. In contrast, only one BC candidate could become CJ during the Congress rule, Yanamala asserted. Hence the TDP feels that the BCs would stand by them in the elections.

The Congress party which now sees a ray of hope to stage a comeback with few seats thanks to the decision of the TDP to join hands with it in defeating Narendra Modi is trying hard to win over Dalits and minorities who had moved away from them after the bifurcation of the state.

The AP Congress leaders propose to work out a formula to win back these communities after their meeting with he AICC president Rahul Gandhi in New Delhi sometime next week. In fact, the APCC leaders were of the opinion that if they enter into an alliance with TDP it would be advantageous for them. But Rahul Gandhi is learnt to have made it clear to them that their target should be 2024 and for the present they should try and win some seats.

In view of this the party is making efforts to re-unite the Reddy community. This, they hope would improve their chances in the Rayalaseema region. In Rayalaseema, the Congress leaders claim the talk of YSRCP was being controlled and guided by BJP has gone well with the people and hence they stand a good chance to make inroads into YSRCP bastion. They want to utilise the special category issue which has now become an issue of sentiment in Andhra as the main weapon. They are gearing up to launch a campaign that the YSRCP was supporting BJP and TRS which are opposed to special category status and not Congress party which had categorically stated recently that it would accord the special status.

This is exactly is the line taken by the TDP as well. It remains to be seen how the YSRCP will counter this joint attack by Congress and TDP. With the political heat picking up, now the TDP has added another line to the campaign saying that if TDP is does not come to power again, development will be stopped.

The ultimate loser in the political battle in Andhra Pradesh is going to be the BJP. Though the BJP feels that the visit of Prime Minister Narendra Modi in January would help them in reviving their fortunes, the ground reality is that they will have to wait for another five years before hoping to at least save their deposit.

Ever since the TDP quit NDA and took the BJP head on, the saffron party started scoring self goals. It thought it could win the sympathy of people by launching a concerted attack by various party leaders against the government. But the strategy backfired. The BJP leaders both who belong to the state and those who were sent from New Delhi accused the government with whom they sailed together for four years as corrupt government. The party dreamt that it would do a ‘Tripura’ where it emerged as hero from zero forgetting that Andhra is not Tripura.

The State party president Kanna Lakshminarayana has always been attacking TDP president N Chandrababu Naidu. Kanna has been very harsh towards Naidu even when he was in Congress party. Hoping to win over the people, the state BJP president wanted to use the issue of AgriGold as a weapon to beat the TDP and Naidu. He had even served a one month notice to settle the issue or else he said he would go on indefinite fast.

He alleged that AgriGold was in good shape till 2014 and trouble began only after TDP came to power. But never took up the fast. Whether one likes it or not, the fact and ground reality is that BJP is in a very pathetic situation in the state. All other parties YSRCP, Congress and Jana Sena led by Pawan would find a place in the next Assembly but certainly not the BJP. #KhabarLive