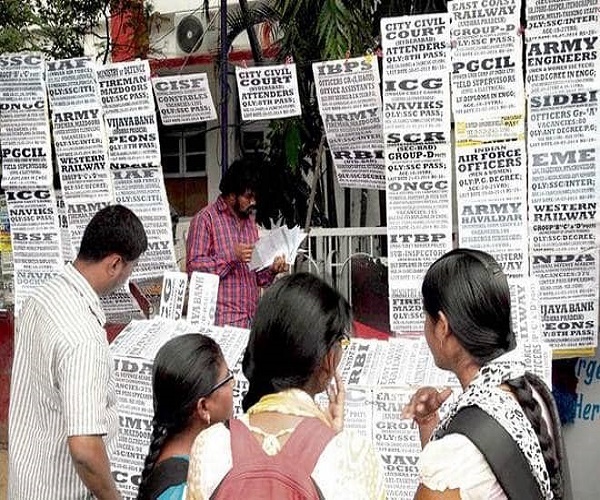 Less than a month after the Telangana Rashtra Samiti (TRS) returned to power with landslide majority, the State government has started the exercise on fulfilling the election promise of providing unemployment allowance to youth from the next financial year.

The government has secured information from seven States where the provision is under implementation so that appropriate model that suits the State’s requirements could be evolved. Each of the seven States – Chhattisgarh, Himachal Pradesh, Kerala, Madhya Pradesh, Rajasthan, Haryana and neighbouring Andhra Pradesh where the scheme was launched recently – had their models tailor-made for them. For instance, information from Chhattisgarh revealed that the government was providing allowance of ₹1,000 a month to educated youth aged between 18 and 35.

These youth should have minimum qualification of XIIth standard and should be hailing from family with less than ₹2 lakh annual income. The same yardstick was adopted in Himachal Pradesh where the minimum age limit for eligibility has been fixed at 20. The pattern is altogether different in Haryana where the quantum of the allowance is different for different categories with SSC qualified youth getting ₹100, XIIth standard (₹900), graduates (₹1,500) and post-graduates (₹3,000).

According to information gathered, the AP government is giving allowance of ₹1,000 a month to youth in the 22-35 age bracket with pass in graduation or diploma of two years and above. Given the different modes of implementation in different States, officials are closely examining the models that can be adopted to the State where the possible number of beneficiaries is expected to be close to 10 lakh if passing the Xth standard is made the minimum qualification for securing the benefit.

“There should be clarity on the definition of unemployment to ensure that the scheme is not misused. Aspects like who should be considered for the provision and what should be the minimum age and educational qualification are being looked into,” a senior official told #KhabarLive.

Proposals like making it mandatory for unemployed youth registered in the employment offices in their respective districts along with relevant data are being considered for ensuring that the benefit reaches the deserving sections. #KhabarLive