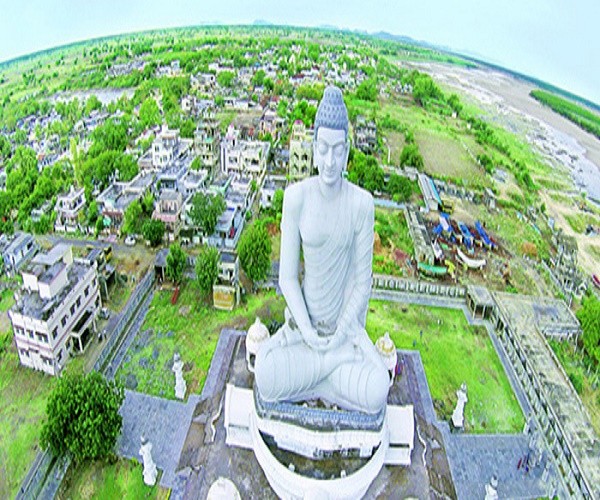 Days after coming out of the BJP-led National Democratic Alliance (NDA) over the contentious issue of granting Special Category Status to Andhra Pradesh, TDP supremo and AP Chief Minister N Chandrababu Naidu came up with a novel idea to generate much-needed funds for the development of the State including its greenfield capital Amaravati.

At a recent meeting, Naidu said that he would go for crowdfunding for the progress of AP. A maverick politician that he is, he is aware that post the acrimonious divorce, the Narendra Modi government at the Centre would tighten its purse strings when it comes to Andhra Pradesh. So, Naidu has no other option except exploring other options to fund his ambitious projects including the new capital, the main part of which as per estimates requires not less than Rs 52,000 crore. Crowdfunding is one of the options he seems to be looking at.

ALSO READ:  How RGIA Becomes A Hub For 'Gold Smuggling' In Hyderabad?

Crowdfunding is a popular concept in which an individual or organisation floats a business or social idea and invites investments or contributions from public at large to execute it. This concept gained popularity after the explosive growth of social media which, given its reach worldwide, has become a main platform for such attempts. Though widely used by many for raising funds for social causes or not-for-profit activities, this concept has also been used for business ventures such as making of films, creative projects, etc.

The AP government also toyed with this idea two years ago when it launched an initiative called ‘My Brick-My Amaravati’ inviting bricks as donation from public for the construction of Amaravati. According to the AP government portal, so far, a total of 2,27,600 people donated 56,89,156 bricks, costing Rs 10 each.

With the latest announcement, AP CM may be looking to take this concept to a new level. He also offered one per cent more interest rate than banks for all the funds raised through this initiative.

Responding to his call, some politicians have already come forward to lend to the government’s initiatives. A TDP MLC offered Rs 1 crore while a sarpanch gave Rs 10 lakh. The MLC claimed to have mobilised funds from his friends and other people. More people are expected to offer funds in coming days and months.

However, raising funds through crowdfunding is easier said than done. Infrastructure and other developmental projects need massive funds. Going by the statistics available in public domain, an amount of $35 billion was raised through crowdfunding in 2015. That amounts to nearly Rs 2.27 lakh crore. But most of it had gone into social causes. Moreover, no government has so far tried crowdfunding route to raise funds for infrastructure or development projects.

If Naidu succeeds in his endeavour, it will be a historic feat. But the state government needs to be more transparent and reveal complete details of various projects it seeks funds for. Otherwise, no one will come forward to pour his or her hard-earned money on the government projects without knowing whether they are viable or not. But let’s hope that Naidu succeeds in this effort, builds a world-class capital and takes developmental projects across AP. #KhabarLive