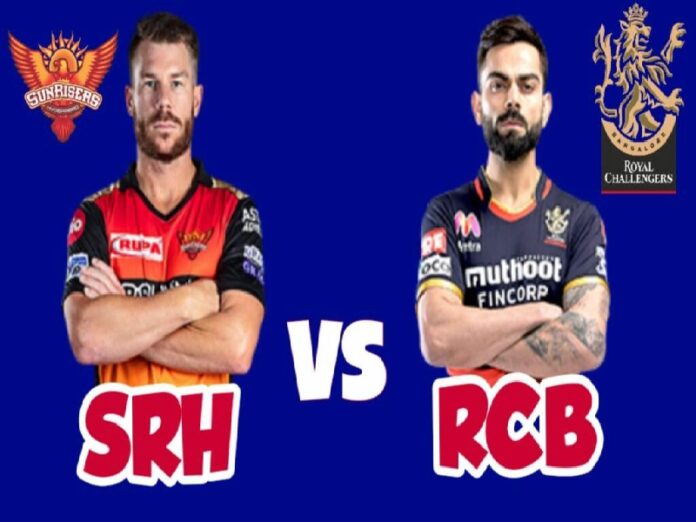 The strong momentum on their side, a confident Sunrisers Hyderabad would look for another clinical performance to continue their forward march in the IPL when they face a struggling Royal Challengers Bangalore in the Eliminator here on Friday.

Pushed to the wall after a slow start to the tournament, SRH produced a lion-hearted effort in the second leg and peaked at the right time to qualify for the play-offs by finishing third in the league standings, just ahead of RCB.

It has been contrasting results for the two teams in the business end of the tournament. While RCB suffered four consecutive defeats to finish the league stage at the fourth spot, SRH registered a hat-trick of wins to edge past Virat Kohli’s men in the standings.

SRH made a remarkable turnaround in their final three games — defeating Delhi Capitals, RCB and table-toppers Mumbai Indians to book their last-fourth berth.

And come Friday, SRH would be brimming with confidence, especially after their 10-wicket win over MI in the last must-win game. The credit for SRH’s success in the past few matches goes to the opening pair of Warner and Wriddhiman Saha.

The duo has clicked upfront and has so far shared two century stands — 107 against DC and then 151 against MI. While Warner has led SRH from the front, scoring 529 runs from 14 games to occupy the second spot in the scorers’ list, Saha (184 runs from 3 matches) has proved that the SRH team management has erred in benching him for 11 ties.

Such has been Warner and Saha’s performance that the likes of Manish Pandey, Kane Williamson, Priyam Garg and Jason Holder were hardly bothered.

On the bowling front, SRH has found the right combination in Sandeep Sharma, Jason Holder, Shahbaz Nadeem, T Natarajan and Rashid Khan and is expected to stick with them.

While Sandeep has been sensational in the powerplays, Natarajan has done the job in the the death overs. Rashid has been consistent in the middle overs, but certainly the inclusion of Holder and Nadeem has provided balance to the team.

On the other hand, knowing very well that another blunder could send them packing, the Kohli-led RCB have a lot to ponder over. Coming into the match with four consecutive losses, RCB’s confidence would be rock-bottom.

But skipper Kohli understands it is not the time to think about past results and what matters from here on is three wins on the trot to lift the IPL title.
But it would be easier said than done as RCB seem to have lost some of their steam. In their last match against DC, RCB’s batting-heavy top-order failed to live up to expectations.

ALSO READ:  So Far, The Season Of Comebacks And U-Turns In IPL 2018

Josh Philippe, who has been brought in place of Aaron Finch, has looked good in patches but hasn’t been able to convert his starts and in all likelihood, Kohli might be tempted to bring back Finch on Friday. Young Devdutt Padikkal, who scored his fifth fifty of the event in their last game, has been consistent at the top but Kohli needs to step up as of late, his strike rate has come under the scanner.

Kohli and AB de Villiers need to take responsibility in the big match for RCB, which also features the likes of Chris Morris, Shivam Dube and Washington Sundar and bats quite deep.

Navdeep Saini, who was rested in the last match after he suffered a split webbing, is expected to return to partner Mohammed Siraj, Isuru Udana and Morris. The spin department will be under the wings of Sundar and Yuzvendra Chahal. #KhabarLive #hydnews