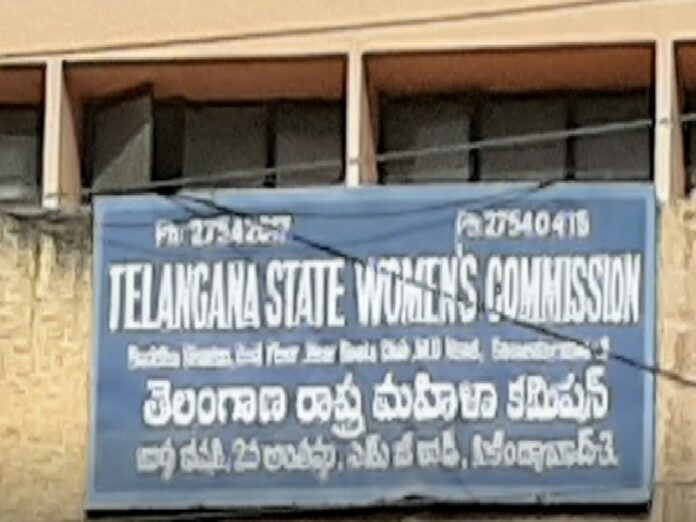 In Telangana, Women are literally getting ignored. Despite several pleas, court orders and public movement no signs are visible to appoint a head for ailing Women’s Commission in the state. This position is pending since last three years.

Where the KCR government is digitising everything from land records to the number of cattle, there is neither a website for the State Women’s Commission for the public to file complaints nor a head for the body. Telangana is yet to have a fully functional state commission for women and has not had a head since last three years.

According to reports, this year alone, 46 complaints have been filed with the State Women’s Commission, but there is no senior official on the panel who can take cognisance of the issue. Tripurana Venkataratnam, the commission’s last chairperson demitted office over 10 months ago. The office has been vacant since and cases have been piling up. The situation may persist until the results of the election are out on May 23, but what are the women in the state supposed to do until then?

ALSO READ:  How 'Dakhini Film Industry' Blossomed With 'Language And Slang' On Screens In Hyderabad?

She added that under Section 4 (2) of the Right to Information Act, 2005, provision of a website is a legal mandate.

“States such as Karnataka and Kerala have their own fully-functional online portal with detailed information on their activities, volunteering opportunities, annual reports, legal documents and other relevant data. In Telangana, even when the commission had a chairperson, there was no transparency and there has been no clarity on the number of cases that have been solved under the jurisdiction of the commission. While initiatives like the SHE Teams and Bharosa teams are commendable, an online portal is the need of the hour,” she adds.

Meanwhile, since years when Spurthi Kolipaka, a city-based activist started a campaign #WomComMatters seeking a chairperson to head the Telangana State Women’s Commission and take up the responsibilities. The campaign was started on August 15, 2018.

The Women’s Commission is a de-personalized institution and thus guarantees the continuity of women’s rights.This constitutional body vested with powers of a civil court has great potential for intervention.

Sadly, if such structures that are purveyors of change remain dormant, defunct, or dysfunctional according to the purpose for which they were created then we continue to hold up victims in places of further marginalization and crimes.

Sharing about her campaign, Spurthi shares, “#WomComMatters addresses this by spreading public awareness and changing the narrative from victim-blaming (or not) to questioning the functioning of such institutions. We have been in this cause over the past two years.”

The campaign aims to ensure fully-functional Women’s Commission, starting with Telangana State. They engage in raising citizen awareness and advocating for gender, climate, socio-economic and political justice. The campaign purports to enable and hold accountable institutions like the Women’s Commission and stump for a gender- sensitive governance process.

From this point forward, they wish to rephrase our description by prioritizing action along with advocacy. Although they have been involved in various short-term projects, their aim is to generate principled campaigners (25 women and 15 male) by December 2020 to run campaigns that are in coherence with the vision of #WomComMatters, utilize the existing network, and contribute to long-term projects. They are opening up fellowship applications in September, for which interested campaigners can join their campaign.

Unfortunately, the limited understanding among citizens reduces the importance of such an important body to mere grievance redressal. The Women’s Commission is bigger, it has a larger mandate. It is the only body responsible to look into policy matters, investigate unfair practices, monitor functioning of schemes, recommend remedial legislative measures. There is literally so much the Commission can do and recommend to be done.

To drive home the importance of the commission, Spurthi refers to the Nirbhaya Fund, a Rs 103.52 crore was announced by the Government of India. She states that only a small percentage of it has been received and spent on Emergency Response Support System (ERSS) which is the pan-India emergency number, 112. There is a lack of awareness related to the helpline.

Referring to the Disha rape case that shook the country, she has raised few questions on the need of a Women Commission in the state.

What are the steps we are taking to empower our women and to tackle such rapist thoughts? What kind of awareness and sensitization campaigns have we launched? Are we empowering our women to call the help lines? Are we ensuring the help lines function smoothly? Are we doing our bit in building trust in the system? Are we engaging with men and smashing misogyny?

“Womens Commission can look into these, carry investigations, commission studies, and recommend policy framework and legislative measures to ensure Telangana truly becomes a safe space for all women,” concludes Spurthi.

On the other hand, expressing displeasure over the State government’s failure to fill up posts of various statutory bodies, a division bench of Telangana High Court on Monday directed the State Advocate General BS Prasad to inform within a week about the exercise carried out by the government and the time required to appoint a chairperson for the State Women’s Commission.

Statutory bodies cannot be made to function without a head and it is a matter of serious concern. Despite constituting the committees for selecting appropriate persons to head the statutory bodies, the appointments are yet to be made and due to this they continue to be headless, the bench comprising Chief Justice Raghvendra Singh Chauhan and Justice B Vijaysen Reddy observed. The bench also appointed advocate Vasudha Nagaraj as amicus curiae to assist the court in the present PIL and posted the matter to October 13 for further hearing.

Subsequently, the Telangana government has not showing any interest towards appointment of women’s commission chief despite increasing complaints of women atrocities in the state. #KhabarLive #hydnews