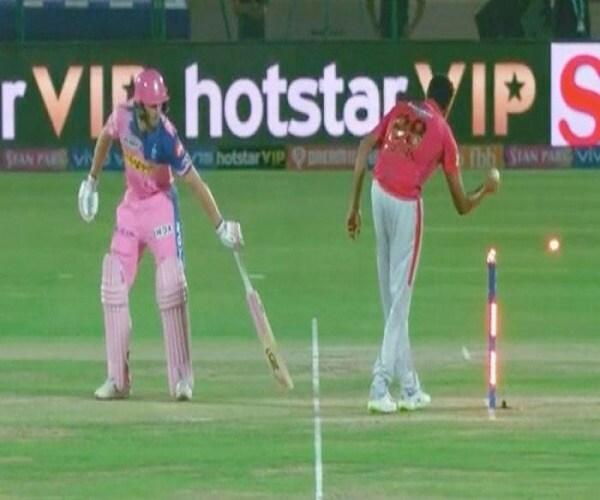 Running the non-striker out for backing up too much has been one of the age-old cricket debates. It is high time we stop looking down on this mode of dismissal. The entire cricket world is discussing on this burning topic to get solution in a better way.

One has got to love the Under-19 Cricket World Cup. It gives fans a chance to look at some of the roughest diamonds in the world of cricket before they get cut and polished into future superstars.

It also gives us a glimpse of how competitive and energetic young blood can be, a reminder to many a day spent in the backyard or school grounds for older fans: playing the game with sheer joy, even if it is imperfect most times.

That is perhaps why for the second time in four years, we have witnessed another incident of ‘Mankading’. Recently, Afghanistan spinner Noor Ahmed took off the bails while completing his delivery stride and batsman Muhammad Huraira, a young man making his debut at this level for Pakistan and playing like he belonged there, was found short of his crease.

The dismissal, however, did not affect Pakistan as they won by six wickets and set up a mouth-watering semi-final against India.

But trust a Mankading incident to never go by without creating some sort of outrage. Running the non-striker out for backing up too much has been one of the age-old cricket debates. And it is high time we stop looking down on this mode of dismissal.

When you go back to the day this incident made the headlines for the first time in 1947, during India’s tour of Australia, Vinoo Mankad is said to have warned Bill Brown during a practice match but in that very game and during the first Test in Sydney, he did not let Brown get away with it again.

The Australian captain in that match, a certain Sir Don Bradman, had this to say about the Bill Brown-Vinoo Mankad incident in his autobiography, even before all the nuanced law modifications came into play regarding loading and release of the delivery.

Truth be told, there was a lot to like about the coverage of the incident during the Pakistan-Afghanistan match at the ICC Under-19 World Cup.

First of all, the appeal was spontaneously met with the umpire’s decision to go upstairs and check the replays. There was no conferencing with the players and captain in the middle over whether the appeal should stand. There was clarity in officiating. The appeal was wholehearted, the celebration worthy of the moment because the opposition’s best batsman on the day was now dismissed. The decision came quickly. And the commentators engaged in a healthy discussion about how the dismissal was entirely legitimate.

“For me, a lot of people look at what this Afghanistan team or West Indies in 2016 did, and disparage the young players’ character. That is wrong,” Ian Bishop said during commentary. “It’s the law. It’s in the law. The emphasis on spirit of cricket should be on the non-striker to stay in the crease till the release of the ball, to be watching [the bowler]. Spirit of the game to me is not using [foul] language as players or spectators.”

ALSO READ:  The Fate Of 'Royal Challengers Of Bangalore' In IPL 2018?

Bishop’s co-commentator at the time, Bazid Khan of Pakistan, agreed with the former West Indies pacer without any caveats even though it was his countryman who had been at the receiving end of the dismissal.

There was another interesting moment later as former England fast bowler Dominic Cork followed up Bishop’s heartfelt opinion on the issue with how he has changed his own mindset over the years. Cork said that his point of view has changed from the Keemo Paul run-out in 2016 to now as he was maybe thinking about the spirit of cricket naively back then but understood now that this is the law for non-strikers leaving the crease.

Even the outrage on social media, disappointing as it was, was not as widespread as it was during the Paul or R Ashwin-Jos Buttler incidents. Sure, maybe the stakes were not as high as they were when Paul did it or the stage was smaller than what the IPL provides, but there seemed to be a general understanding that this dismissal is alright. The rule change has been understood and by sheer familiarity, the reaction to this form of run out will stop being one of outrage the more frequently it happens.

Unfortunately, the Afghanistan captain’s remarks after the game do not help the cause of this debate. “If we were winning, we probably wouldn’t have done it,” Farhan Zakhil told #KhabarLive. Whether he was worried about the backlash from former players and legends of the game stuck with old-fashioned ideas, one cannot say. He is a young man after all, looking forward to a long career in the game and might have felt embarrassed in the immediate aftermath or he might seriously believe it to be against the spirit of the game.

But the fact of the matter is, as he himself agreed later, it is within the laws of the game. And no team should hesitate to follow the rules of the game. Otherwise why bother having a law at all.

No player should have to feel apologetic for sticking to the rulebook. This should not be a “tactic” when the team is losing, this should be the norm even if the opponent needs one run to win with 10 overs to spare and 10 wickets in hand.

And that will happen only if the stigma associated with the dismissal is taken away.

The final word on this is best left to Ian Bishop, who has consistently backed players who effect this dismissal: “I want coaches to tell young players to stay in the crease and watch the bowler. Tell them to obey the laws of the game.”

It really is that simple. #KhabarLive