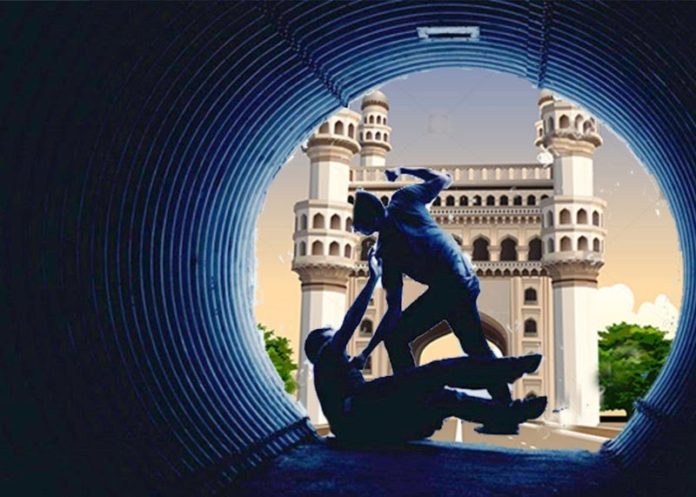 According to the police, the members of two gangs exchanged punches and some hurled bricks at each other. On witnessing the gang-war, the panicked locals ram away from the “battle field”. The incident took place between the two groups on a bike issue. Two groups lodged cases against each other in the Kachiguda Police Station.

The police dispersed the two groups after registering petty cases. The locals suspect three rowdy sheeters were involved in the street fight. Kachiguda inspector Sathyanarayana said the incident took place on a bike issue. He dismissed involvement of rowdy sheeters in the fight. He said both the groups arrived at a compromise. #KhabarLive