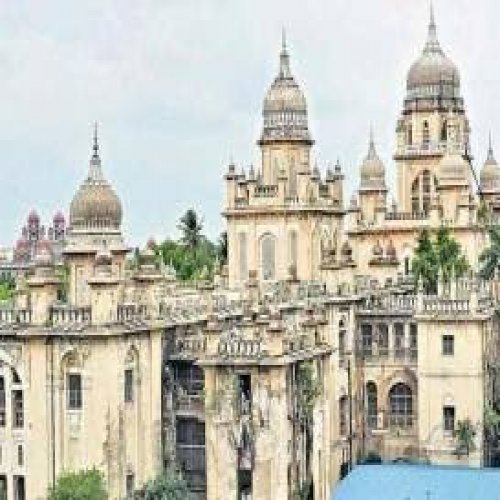 The condition of the hospital is once again the subject of a debate on social media after rainwater entered a few wards. While such incidents are not new to the hospital, what has surprised staff and doctors, who have repeatedly been asking for a new hospital, is the volte face managed by some quarters.

The same quarters, now criticising the government for the condition of the structure, were those who opposed Chief Minister K Chandrashekhar Rao’s plans in 2015 to demolish the structure and build a new hospital.

The CM’s plans had come after a visit to the hospital, which was in dire straits even then. A team of experts from the JNTU too had deemed the heritage structure unfit to be operated as a hospital, with the report stating that any repair to the building may extend the life, ‘but by no more than five years’. The report, which had many other worrying findings on its structural stability, or rather lack of it, was what prompted plans to demolish the structure before it claimed lives.

However, political parties, including the Congress and the BJP and even the AIMIM, along with heritage activists and organisations like the INTACH, came out against the plans, threatening to take the government to court if it tried to go ahead with the plans. A proposal for a new hospital outside the city, near the ORR, too was mooted by the government. However, that idea too was met with staunch opposition, with many pointing out that the OGH was centrally located and thus easily accessible.

Even as the Catch 22 situation continued, in subsequent years, there were several more incidents of roof-plaster falling, injuring a few persons, following which the Town Planning wing of the Greater Hyderabad Municipal Corporation too deemed the heritage structure ‘unsafe’.

The issue has been festering for years, with the hospital authorities pointing out that even if a new building was to be constructed, how would the hospital function in the meantime was another major question. The OGH heritage building houses vital medical departments, including general surgery, orthopaedics and offices of Superintendent and other senior doctors. It has over 500 inpatient beds too. Shifting the medical wings while a new hospital comes up, ie., if demolition is possible, was a logistical nightmare, thus prompting that idea too to be put on hold.

ALSO READ:  How Embrace The Effects Of 'Psychedelics' Without Drugs?

“Engineering experts“, and not the CM, said the structure would not last long even with repairs. But still, everyone was against demolition. Now, they are blaming him for not doing anything when they themselves had prevented him from doing anything. This is nothing but a classic case of hunting with the hounds and running with the hares,” a senior official said. #KhabarLive #hydnews