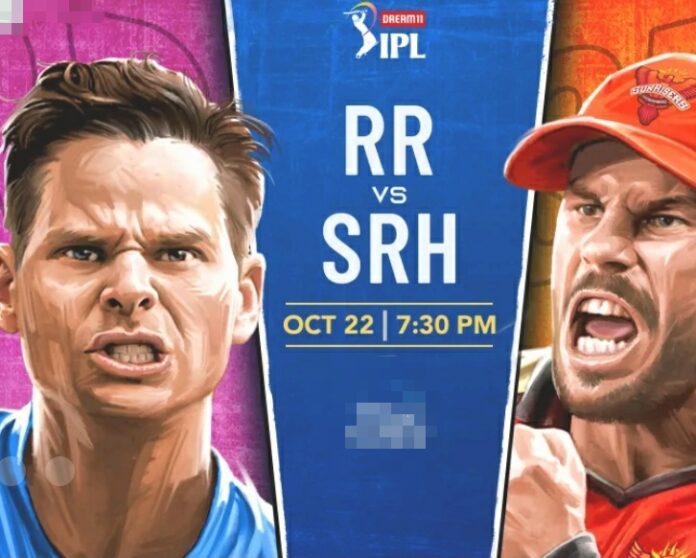 The Sunrisers are currently tottering at the second last place in the eight-team IPL table with just six points while Royals are a notch ahead with eight points. The situation of both teams are grim. They have to win this match to save thier souls. The sheer ‘do or die’ situation prevails.

The inexperienced young guns of both Rajasthan Royals and Sunrisers Hyderabad would like to put their hands up in testing times when both teams square off in a must-win Indian Premier League game on Thursday.

Whether it is Priyam Garg, Abdul Samad of Sunrisers or Kartik Tyagi, Riyan Parag of the Royals, the youngsters from both sides will be feeling the pressure of doing something out of the box in case their illustrious seniors fail in that pursuit.

The Sunrisers are currently tottering at the second last place in the eight-team table with just six points from nine game while Royals are a notch ahead with eight points after their comprehensive win over Chennai Super Kings in the previous game.

While SRH can’t afford to slip up even one bit with five games remaining, RR would be hoping to continue the winning momentum and hope that their foreign recruits continue in good nick like the CSK game.

With IPL reaching its business end, the road ahead is definitely going to be a tough and tricky one for both the teams, and they very well know that they cannot afford any more lapses from hereon.

While Jofra Archer continues to be the backbone of Royals’ bowling attack, the wrist-spinning duo of Shreyas Gopal and Rahul Tewatia were terrific in the middle overs against CSK and skipper Smith would be hoping for an encore from his bowlers on Thursday.

In batting, Jos Buttler looked in ominous form the other night, forcing Smith to play the second fiddle but RR would need more consistent partnerships upfront.

All-rounder Ben Stokes is yet to fire and Robin Uthappa had been their weakest link so far, which just might prompt Smith to give a go to someone like Punjab dasher Manan Vohra.

The other aspect that hurt them is Sanju Samson’s form which like every other year has gone from good to bad and now worse.

SRH, on the other hand, would still be smarting from the super over loss to Kolkata Knight Riders on Sunday.

David Warner and Co would definitely be hurt by that loss but they need come out of that shock quickly and re-strategise if they want to keep themselves afloat in the T20 event.

With injuries ruling out pace spearhead Bhuvneshwar Kumar and all-rounder Mitchell Marsh, the Orange Army is facing a combination conundrum of sorts on whether to strengthen their batting or their bowling unit, a fact that skipper Warner conceded.

Skipper Warner will desperately hope better performances from both his batting and bowling units, a must for the team to remain in the hunt.