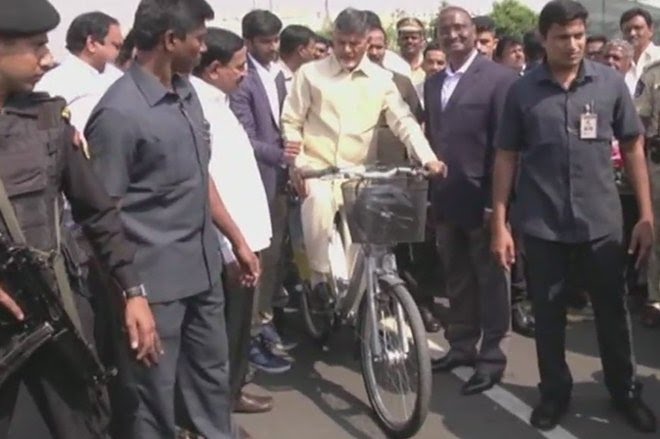 The Chief Minister formally launched the smart cycles by peddling from block II to block I of the Secretariat. What’s most interesting about these cycles is their price.

Although these smart cycles are available for no cost, there registration is required to issue smart card. Smart cards are necessary for the cycle to function.

The Chief Minister suggested to equip the pickup stations with air conditioning, solar panels and seating arrangement. He further recommended to develop green and beautiful parks near these stations, asking the officials to see the possibility of setting up a smart cycle manufacturing unit in Andhra itself.

Construction of special cycling tracks in the capital region is also underway by Amaravati Capital Region Development Authority. The instroduction of such cycles are in a bid to reduce air pollution in the city.

At an event here, Puri said two years is a short duration in terms of urban development life-cycle where transitions take place over decades. “The Smart Cities Mission is progressing at a brisk pace,” the housing and urban affairs minister said, adding that 99 cities selected so far have identified projects worth Rs 2.02 lakh crore. #KhabarLive