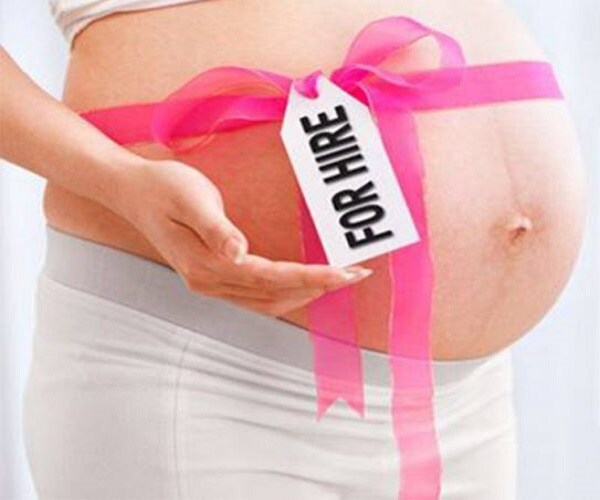 Poverty drove her to becoming a surrogate. But, it ended up proving to be too expensive a decision. The middle-aged Indian woman paid with her life. Medical practitioners are demanding stricter surrogacy laws and India.

At 42, the Hyderabad resident had serious health issues, but she hid them from the agency that had hired her, so they would let her continue. The woman died following pregnancy-related complications last week at NGO-run maternity hospital in old city. She was 17 weeks pregnant with twins, a boy and a girl. An investigation revealed her history of illnesses, included tuberculosis, hydrocephalus (build-up of fluid in the brain) and depression.

Ever since the incident, scores of medical practitioners in Hyderabad are demanding strict surrogacy laws and vigil.

“This case is reflective of the lack of regulation of commercial surrogacy in the country and its impact on the lives of poor women staking their lives for money,” according to Dr Mamta Kumar, head of the gynecology department in the hospitals.

Commercial surrogacy illegal in India
India is already on its way to imposing a blanket ban on and criminalising commercial surrogacy. This is the first surrogacy related case that has come to light after India’s recent Surrogacy (Regulation) Bill. It was reintroduced and passed in August 2019 in the Lok Sabha, the lower house of the Indian parliament and, has put in place strict conditions on what constitutes legal surrogacy in India.

What is commercial surrogacy?
Any surrogacy process where a woman is compensated beyond her surrogacy, insurance and pregnancy-related expenses. She is paid for carrying the child. In India, the surrogacy market was thriving. Surrogate mothers in India could reportedly earn anything between 2-3 lakh rupees per birth, depending on the location and the clinic. But the new bill aimed to ensure that this booming industry comes to an end.

What is altruistic surrogacy?
The 2019 bill allowed for this type of surrogacy, which involves an arrangement where the monetary reward only involves medical expenses and insurance coverage for the surrogate mother. It defines surrogacy as a practice where a woman gives birth to a child for an eligible couple and agrees to hand over the child to them after the birth.

The 2019 bill however, has put in place strict conditions on what constitutes legal surrogacy in India. The Surrogacy (Regulation) Bill regulates altruistic surrogacy.

As per the bill, a couple intending to commission a surrogacy arrangement must be a close relative of the surrogate mother. In addition, the couple have to be Indian citizens who have been married for at least five years and are in the age group of 23-50 years (female partner) and 26-55 years (male partner), and secure a medical certificate stating that either one or both partners are infertile. The couple also should not have any surviving child (whether biological, adopted or surrogate), except if the surviving child is mentally or physically challenged or suffers from a fatal illness, among other provisions.

ALSO READ:  The Narrative of Modi’s New India: 'Hindus are in Danger'!

The surrogate mother, apart from proving that she is a close relative of the couple intending the surrogacy, has to be married with a child of her own, in the age bracket of 25 to 35 years old, and should not have been a surrogate mother before. The Bill states that any child born out of a surrogacy procedure shall be the biological child of the intending couple and will be entitled to all rights and privileges that are available to a natural child.

The bill would require to be passed by the Rajya Sabha, upper house of the Indian parliament and presidential assent before it becomes an act and thereby a law.

Why did India ban surrogacy?
While the commercial surrogacy in India became a method for many poor women to make money, it was also creating a bigger problem behind the scenes.

While moving the Bill in Lok Sabha, Union health minister Harsh Vardhan had said that it was “the need of the hour”. “A rough estimate shows that there are 2,000-3,000 surrogacy clinics running illegally in the country, and a few thousand foreigner couples resort to surrogacy in India. The whole issue is thoroughly unregulated,” Harshvardhan said.

After India legalised commercial surrogacy in 2002, thousands of fertility clinics began to open across the country. In a short span of time, it became a “surrogacy tourism” destination for people worldwide who were unable to acquire such services in their home country because of legality or cost.

Like all international surrogacies in lesser-developed countries, the protections available for intended parents and surrogates were very few, and led to harmful results. When Indian surrogacy first became a booming industry, there were no regulations in place, and unsafe and unethical practices developed in response.

ALSO READ:  Covid Patients Are Struggling Hard To Cope After Discharged From Hospitals In Hyderabad

The women who chose to become surrogates in India during this time were subjected to unethical treatment, poor living conditions and exploitation. To keep up with demand from international intended parents, Indian surrogacy agencies effectively ran “baby factories”, where Indian women were forced to live until they gave birth to the intended parents’ babies, with usually no assistance for the family they had left behind while pregnant.

In addition, the surrogates in India only received a fraction of the expenses that intended parents paid the surrogacy agency — only 2-3 lakh rupees for compensation. With agencies charging more than double that in total, surrogates were commonly exploited in commercial surrogacy. Their poverty and lack of education drew them back into the surrogacy process over and over again for this financial gain, and their health declined as they effectively became “baby-making machines” year after year. They also did not receive the kind of supportive services they needed for themselves and their family during this emotional journey.

In response to these stories emerging over time, the Indian government took steps to make the process safer for all involved.

Protecting rights
The Bill is aimed at ending the exploitation of women who are lending their womb for surrogacy, and protecting the rights of children born through this. The Bill will also look after the interests of the couple that opt for surrogacy, ensuring that there are laws protecting them against exploitation by clinics that are carrying this out as a business. #KhabarLive