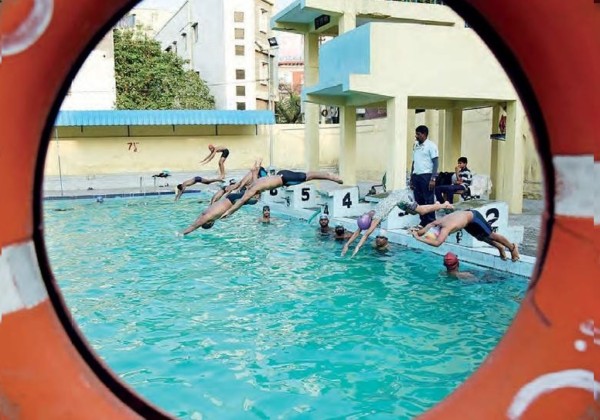 Farhat Qureshi was busy working at a beef shop when his relative informed him that his son, 14-year-old Mohammed Salman Qureshi, had been shifted to Osmania General Hospital. Salman had gone for his swimming classes and drowned to death. The teenager was very interested in swimming and had persuaded his family to send him for coaching.

“When I was informed, I thought he might have suffered an injury or something. But when I reached the hospital I was told that he drowned in the swimming pool,” says a shocked Anwar. The family is yet to come to terms with the sudden demise of Salman, who was presented his favourite new clothes for the last time on Thursday, when his final rites were performed.

“It was purely negligence of swimming pool management,” alleges Anwar. “When I met the management of swimming pool located at C-Block of Hafeez Baba Nagar, they promised me that they would take care and collected Rs 800 per month as fee for my two sons. The police should take action against swimming pool owners for their negligence,’’ Anwar demanded.

Salman had gone swimming with his brother Ghouse Qureshi and cousin Aslam Qureshi. The management had not noticed that Salman had gone into deeper area of the pool and was drowning. By the time they could act, the boy had become unconscious.

With a number of swimming pools becoming death traps for children, the police have served notices to commercial swimming pool managements to ban the entry of minors. Children and minors can only be allowed in pools meant for them —which are of lesser depth and smaller in size. In Kanchanbagh’s incident, police have registered a case under section 304 (A) (Negligence causing to death) of IPC on the swimming pool owner Imtiyaz and supervisor Illiyas.

“Even at the time of construction of a swimming pool, that is meant for commercial purposes, permissions have to be taken from police and other officials concerned. They need to ensure even then that minors are not allowed in those adult-sized pools,” South Zone DCP V Satyanarayana told KhabarLive. “There are six swimming pools in the South Zone and all of them have been served notices to comply with these guidelines.”

ALSO READ:  The Charm Of 'Akbaruddin Owaisi' Is Intact Even After 4-Terms As MLA In Hyderabad

Establishments flouting these rules would be taken to action under the Establishment Act. The management of swimming pools must maintain a register of their customers. A special trainer or care taker needs to be placed at the swimming pool. #KhabarLive