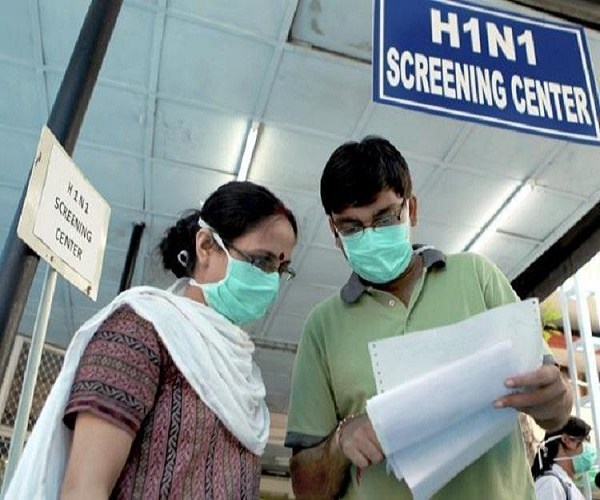 As the end of swine flu season nears, it has been reported that the state of Telangana alone has witnessed over 300 cases of swine flu this season. Experts claim that the extremely cold climate seen this year resulted in an increase in the number of swine flu cases. However, seeing that the flu season is ending, people do not need to worry.

“Flu season starts around August and ends by January to February or so. Though we saw a significant number of cases this year, we don’t expect to see a drastic rise in positive cases at this point,” says Dr Shankar from the Institute of Preventive Medicine in Hyderabad. “Winter is ending and the cases too are expected to go down.”

While he acknowledges that getting vaccinated is certainly beneficial, he also states that getting vaccinated at this point is not going to be helpful. “It is nearing the end of flu season, people should just take the basic precautionary measures like hand-washing and protecting themselves against cold weather, but there’s not much difference which will be seen by taking the vaccine at this point.

ALSO READ:  Many Hospitals In Hyderabad Operating 'Without Authorisation' Under Biomedical Waste Guidelines

Swine flu or H1N1 is caused by a strain of the influenza A virus. It was initially noted to be transmitted to humans from pigs, though it is now more commonly transmitted from an infected person to others. Symptoms of the flu include persistent fever, cough, sore throat, headache, nausea, and vomiting. A simple throat swab and culture are used to diagnose the infection.

Even as the Telangana government is scrambling to prevent the spread of swine flu, it seems far from contained. As many as 1,036 people have tested positive between January 1 and 17, 2019, while 109 have tested positive from the disease, according to sources in the state’s health department.

According to Union Health and Family Welfare Ministry’s Integrated Disease Surveillance Project (IDSP), as many as 2,375 people contracted swine flu in 2018, while 221 people died the same year. In 2017, this figure stood at 3,619 people testing positive with 279 people dying due to the disease.

When #KhabarLive reached out to state epidemiologist to understand why Telangana was registering such high number of cases. “The state sees high inflow of tourists and the temperature also plays a key role. Diagnostic facilities are available in all the government hospitals. Therefore, the detection rate is very high,” he says.

However, some research papers do point out that swine flu (also referred to as Influenza A or H1N1) cases may rise due to dry and cold conditions, he added.

Telangana set to witness a peak in H1N1 flu cases as the India Meteorological Department (IMD) had declared cold wave conditions, with temperatures dipping in the state.

It’s simply a ‘droplet infection’ and therefore it spreads very fast. So, places where population density is high the number of cases are bound to be high.

Besides two government medical colleges and hospitals in Telangana, all community health centres and primary health centres now have an isolation ward with adequate stock of medicines.

Massive awareness campaigns and door-to-door tracking of the patients is also going on in full swing. Further, the state government has cancelled leaves to doctors due to the spurt in cases.

The common symptoms of the disease include fever, cough, sore throat, breathlessness and bodyache. Patients reach out to doctors very late despite having these symptoms. One should avoid self medication if one is harbouring such symptoms, especially those living in areas which are recording high number of cases.

To keep the disease at bay, people living in affected areas should avoid crowded places and using contaminated tissues. The disease can spread through person to person contact, inhalation of contaminated droplets floating in the air, etc. Isolating infected patients and drinking plenty of fluids is an absolute must. #KhabarLive