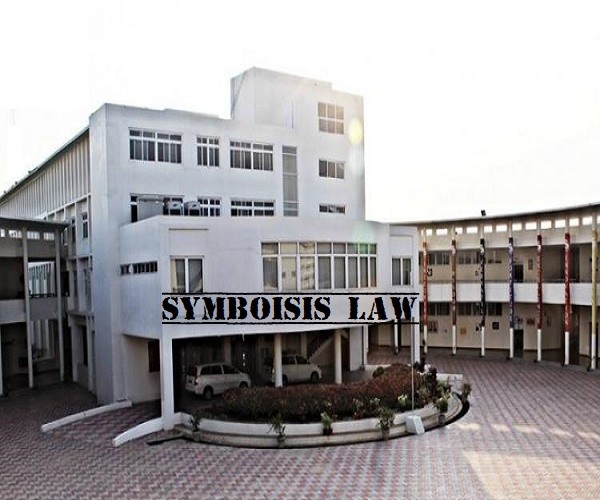 After being evicted from the hostel by Symbiosis Law School, Hyderabad, Apoorva, a fourth-year student, has filed a police complaint against the dean, Shashikala Gurpur, for forceful eviction and for trying to intimidate her into removing her Facebook post against a professor, who is accused of sexual harassment.

The complaint was filed with the Nandigama police, which falls under the Cyberabad Commissionerate. Following the complaint, the police registered an FIR under two sections—354 (B) (assault or use of criminal force to woman with intent to disrobe) and 506 (punishment for criminal intimidation).

Apoorva and Snigdha, two students from the institution, were forcefully evicted from their hostel on Friday with immediate effect. “You are hereby requested to vacate the campus today i.e October 26, until further order,” the circular reads. They were orally rusticated from the institution as well, though they have received no official written order as yet.

In the circular, the institution says that the Disciplinary Committee had taken disciplinary action against Snigdha and Apoorva for an incident which happened in June, where Apoorva tried to leave the campus without obtaining an outpass. However, Apoorva and Snigdha allege that the authorities are using this incident as an excuse to evict them. They claim that they were evacuated from hostel because they ‘outed’ a professor and also shared the indifference of the institution when it comes to handling sexual harassment on Facebook.

In their response to the Minister of Women and Child Development, Symbiosis International (Deemed) University, on May 3, said that they had ‘severely reprimanded’ the accused professor, and also said that the investigation revealed that the allegation by a student against Srinivas of making sexually-coloured remarks were misconstrued.

Slamming this investigation, Apoorva had written a Facebook post against the institution on October 10 by attaching an Instagram screenshot, where a survivor anonymously accused Srinivas of staring at her breasts and causing discomfort.

Taking strong objection to this, the Head of Students’ Affairs Puja Malhan had allegedly warned Apoorva that she and Snigdha would be rusticated if she didn’t remove the post and offer an apology.

Earlier, two women students from Symbiosis Law School, Hyderabad have been evicted from the hostel after accusing a professor of sexual harassment and calling him out on Facebook. The victims, Apoorva YK and Snigdha Jayakrishnan, both fourth year BA LLB students, had spoken out against Asst. Professor Srinivas Methuku and accused him of “constant ogling and causing discomfort.”

“You are hereby requested to vacate the campus from today ie. October 26, 2018 till further order,” according to a letter dated Friday, October 26, from Dr. Sukhvinder Singh Dari, the officiating director of Symbiosis Law School.

The two students were forced to leave the hostel on Friday evening, they said.

In a complaint letter written by Apoorva and Snigdha on April 1 to the National Commission for Women and Child Development; Ministry of Human Resources Development; and State Women’s Commission, the students detail Srinivas’s alleged harassment.

“A group of female students complained against Asst. Professor Srinivas Methuku of constant ogling and causing discomfort, Director M.I Baig allegedly passed a remark that his eyes are like that which is not his problem. At this point, no written complaint was taken against the accused and no procedures were followed.

The accused had allegedly humiliated a female student by questioning her about her relationship with a boy in the campus and nothing was done about it,” according to the letter.

Following the complaint, the institution’s Internal Complaints Committee (ICC) took up the incident in May.

While the investigation was underway, Apoorva had shared a screenshot of an Instagram post on Facebook on October 10, where an anonymous survivor had shared her experience of sexual harassment with Srinivas, and the response of the institution, which stated that the accused was ‘reprimanded.’

However, Symbiosis International (Deemed) University, Head of Students’ Affairs, Puja Malhan took offense to this and warned Apoorva against posting about the institution as the due process was being followed.

Speaking to #KhabarLive, Snigdha shared that Shashikala Gurpur, the school’s dean, had asked Apoorva to remove her post, in which she has named Srinivas as a sexual predator, as part of the ongoing Me Too campaign. On October 25, Dean Shashikala Gurpur threatened to rusticate Apoorva and Snigdha for defaming the institution on electronic media and for violating the code of conduct.

Even prior to their eviction from the hostel, the students were uncertain about their future. Snigdha told #KhabarLive, “The administration has spoken to our parents about our ‘conduct’ and have threatened of forcefully evacuating us from the hostel,” she said.

#KhabarLive tried contacting the institution for their official response on this. However, all its effort remained futile. #KhabarLive