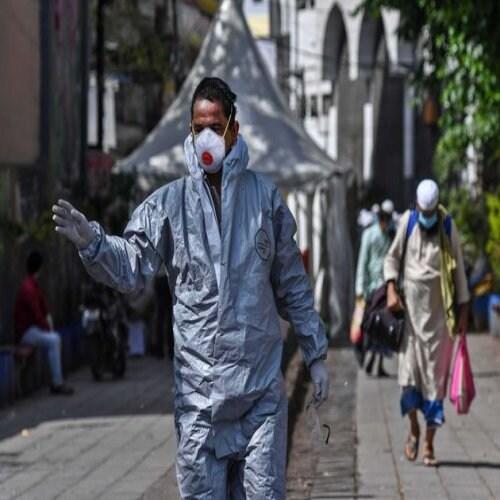 Over two days on March 30 and 31st, state police, intelligence officers and the health departments of Telangana, Andhra Pradesh, Karnataka and Tamil Nadu raced to trace and quarantine thousands of people who attended a religious meeting in Delhi’s Nizamuddin neighbourhood, after a number of cases of COVID-19, the illness caused by the novel coronavirus, were reported amongst the attendees.

Health officials say the congregation called by the Jamaat in the Nizamuddin neighbourhood in Delhi in March has resulted in COVID-19 cases across the country.

At least 9 of those who visited the annual congregation of the Tablighi Jamaat in Nizamuddin in the second week of March have died from COVID-19 so far. In the past two days, the Andhra Pradesh government has traced at least 360 people, Karnataka has placed 40 attendees under quarantine, Tamil Nadu has traced at least 800 people while Telangana has quarantined over 1000 people, according to state health departments.

Meanwhile, the stigma of being seen as a virus vector magnified by the ever-present spectre of Islamophobia meant that several attendees are now living in fear of backlash from their neighbours.

The Jamaat in the meantime has issued a series of press releases and clarifications in a bid to blunt a growing chorus of criticism — some well-intentioned, and some plain bigoted. Several attendees interviewed by #KhabarLive said no restrictions on public gatherings were in the place at the time they travelled to Delhi for the congregation.

The fact that a single gathering has resulted in COVID-19 cases across the country illustrates just how quickly the virus can move, and the magnitude of the task of containing the novel coronavirus before a deluge of cases swamps India’s neglected public health system.

The people who attended the meeting were traced after the Ministry of Home Affairs passed on a list of attendees, a Telangana police officer said. Telangana state’s health department confirmed the same.

In each state, the district administration and police were tasked with tracking down those who attended the meetings. The list of names of the attendees along with their phone numbers were handed over by state leaders of the Tablighi Jamaat.

Officers of the health department contacted each attendee. In some cases, house calls were made.

When local intelligence officers contacted Mirza*, a resident of Visakhapatnam, on March 29 he was first asked about his travel history to the Markaz.

“I was first asked whether I had attended the event in Delhi,” Mirza said, and when he confirmed that he had, “I was asked when I returned, who all had accompanied me and if I had any symptoms.”

Mirza, who lives with his wife and aged parents, was then asked to report to a nearby government hospital.

“I could not leave my home because of the lock down, so health officials came to my home on March 30 to check. On the same day I was brought to the quarantine facility,” he said, adding that his family was quarantined at home.

Later that night, at the quarantine facility, Mirz said he spotted officials bringing in some of the people who had travelled on the same train as him.

“People are worried that they will be ostracized and blamed. If I test negative, I will ask the health officials to issue me a certificate which says the same because my neighbours may want some proof,” another man who had been quarantined said.

A medical officer told #KhabarLive they had collected samples from all those who had been quarantined and the results would be available in the next 48 hours.

Police officials said it was proving difficult to track down every contact as many people were afraid of coming forward. While some of the attendees had taken flights to Delhi, most had travelled by train. South Central Railways has handed over the list of trains in which the attendees of the congregation had travelled to the respective state governments, a media release from SCR said.

Meanwhile, those quarantined said that they are having a tough time countering the blame placed on them.

“We are all law abiding citizens. At the time when the meeting was held we were not worried about travel because it was planned months ago and was only to Delhi. Once the lockdown began most of us have been stationed at home,” a person quarantined at a health facility in Visakhapatnam said.

With social media chatter bordering on Islamophobia, with many taking to Twitter to blame an Islamic congregation, those who are currently under quarantine are doubly worried.

“When your friends and neighbours keep asking you if you are ill, even a healthy person may start feeling unwell. The controversy around this meeting could have been avoided,” a person under quarantine said. Around this time, most places of worship too were functioning as usual.

The test results of most people quarantined on March 30 and 31 and are expected to be out by April 2. #KhabarLive