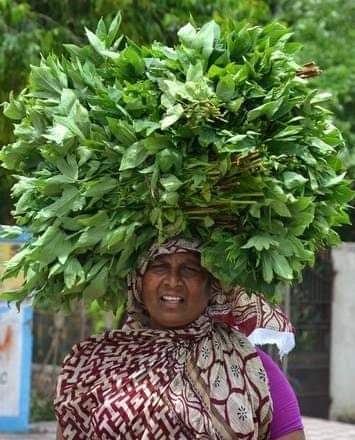 The leafy vegetable of winter season is a favorite in Telangana regular food menu in almost every house. People are crazy to add chutney, sauce, aachar and curry with variety of twists. This is Sorrel Leaves, popularly known as Ambada in Telangana.

Come later monsoon, and most green leafy vegetables are relegated to the back burner for a couple of months. Concerns about contamination soar high. But the only variety of leafy vegetable which is consumed without any inhibition during the monsoons is probably sorrel leaves. Known as Ambada in Hindi, gongura in Telugu, ambadi in Marathi, pulichakeerai in Tamil, tenga mora in Assamese, the plant is called pitwaa in Hindi, khata palanga in Oriya, and mestapat in Bengali. This basically goes to show that sorrel leaves are consumed widely in India.

The reason being: they are a rich source of iron, vitamins, folic acid and anti-oxidants essential for human nutrition. A good bunch of gongura is the only key to make the right dish. When buying gongura, look for leaves that are firm and a vivid green in colour. Any sign of yellow or browning indicates that the leaves are spoilt.

However, they are still fit to be consumed. Leaves that are smaller in size will be more tender and have a milder flavour. The tanginess of the leaves is directly proportional to the temperature of the region it is grown in.

The very mention of gongura pachhadi will have any Telugu drooling. A very popular dish in Andhra and Telangana, gongura is also used to make mutton and chicken dishes, also revered as the show-stopper of a meal in special family get-togethers.

When cooked with toor dal, it adds a certain zing to the dish and is popularly known as gongura pappu. Apart from curries, varieties of pickles are made with gongura. Cooking gongura with colocasia is a popular ethnic dish in Assam. In Tamil Nadu, it is widely used for pulichakeerai masiyal and thokku.

Gongura is an excellent source of folate and a very good source of vitamin B6, both of which are needed to maintain low homocysteine levels. Apart from this, it is a rich source of iron, vitamin C, anti-oxidants, calcium, iron, zinc and vitamin A.

According to studies, the leaves are also a great way to keep your bones strong. This mineral-rich plant has calcium, magnesium and phosphorus in abundance, all of which are important for maintaining strong and healthy bones. A diet rich in these minerals can help in preventing bone loss and conditions such as osteoporosis.

The high content of vitamin C, popularly known as ascorbic acid, plays a major role in boosting the immune system and in increasing the number of white blood cells in the body. This is also one of the reasons gongura is widely consumed even during the monsoons. Also, since it grows a little higher than ground level, risk of contamination is comparatively low. #KhabarLive #hydnews