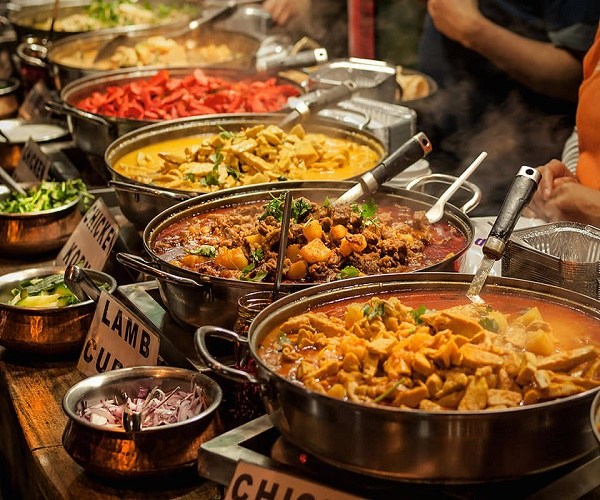 In Hyderabad, we have quite a few good restaurants offering traditional Hyderabadi food. However, food lovers now have many more choices as far as the local cuisine is concerned. A breed of food entrepreneurs known as home chefs is becoming a rage offering a comprehensive range of Hyderabadi delicacies including quite a few uncommon dishes.

On a daily basis for your home or for special occasions and parties, you can now turn to these home chefs to dish out some delectable fare, often incurring a fraction of the cost compared to the restaurants. Most of the home chefs rely on word-of-mouth publicity and social media like Facebook and Whatsapp for promoting their business, and many of them have developed a large fan following over time.

Here are some of the leading ones to whom you can turn to for ordering Hyderabadi food during functions and other special occasions at your home. Naaz Anjum’s “Anjum’s Kitchen” started around four years back when appreciation for the desserts supplied by her during Ramzan, turned into a business opportunity. The quick acceptance saw her move on to biryanis, curries, and other Hyderabadi specials.

Today apart from servicing orders from home, she also undertakes catering for events like marriages and baby showers. Double ka meetha and shaadi ka red chicken are some of the dishes she is known for apart from the Hyderabadi biryani. Naaz acknowledges that the social media food groups as well as word-of-mouth publicity, have come handy in promoting her food. She also organizes sit-down dinners at her home for groups.

One of the oldest in the business, “Mom’s Home Made Food” run by Zarina Sha initially flourished only through word-of-mouth references from customers. Operating for more than ten years, Zarina now runs a large team catering to events, festivals, and office parties. Her popularity went up even more when Hyderabad Literary Festival provided her an opportunity to put up a stall during the event exclusively
offering Hyderabadi food. Some of her popular dishes include paya, marag, kheema biryani, tahari and varieties of kheer and phirni.

ALSO READ:  Why One Nation One Poll Is A Lose-Lose Situation For Indian Voters

The demand for her food has reached such a level now that you need to order them at least a week in advance. Zarina recommends her Hyderabadi chicken 65 which is prepared without any coating. She even sends some of her items abroad using dry ice packaging.

“Nizam’s Flavour”, the brand of home chef Farha Sultana differentiates itself by the special dishes offered. Farha, who picked up cooking from her grandmother during her childhood has worked with a chain of restaurants for a few years. Pasinde ka salan is one dish from her which is not available in commercial establishments. Dum ka kheema and marag are some other favourites of her customers apart from sutriyan, an authentic Hyderabadi wholesome dish which has wheat chapatti pieces and mutton in it.

As per Farha, the business of home chefs in Hyderabad has gone up significantly due to social media marketing, though competition has also increased over time. As a homemaker, Sara Ansari used to post pictures of her cooked food in foodie groups. Soon, she started getting requests for supplying Hyderabadi food, and over a period of time “Ansari’s Kitchen” became a popular choice mainly through social media and word-of-mouth.

Apart from the usual Hyderabadi dishes, she excels in dishes like Nihari and Paya. Her non-vegetarian pickles are also much in demand, with varieties such as mutton, chicken, and beef. One of her specialities is the superfood panjiri prepared with wheat flour, seeds and dry fruits, a dish which keeps you warm during the winter.

However, being a successful home chef is not just a domain of the fairer sex. Noor Sahil serves special dishes such as Nizami and Sofiyani Biryani, as well as desserts such as Badam ki Kund and Lichi Rabri. Noor had been preparing Hyderabadi food from his childhood but had never planned to become a home chef. At a food lovers meet, he tried out pot biryani from a well-known and popular chef and realized that he could serve much better food. His dishes are in demand for parties too. #KhabarLive