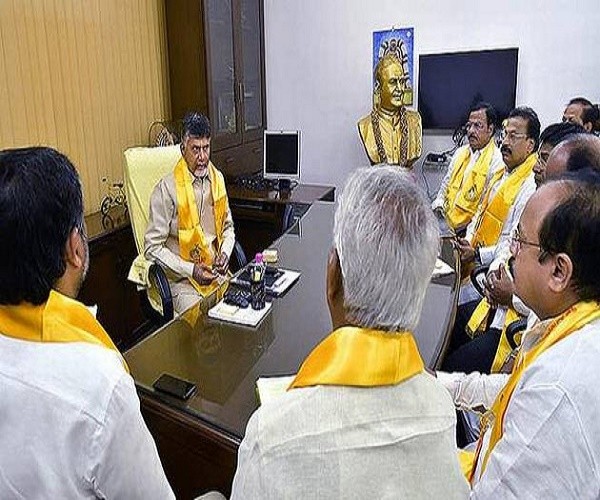 Chandrababu Naidu assured to T-TDP Leaders that he would campaign in Telangana for the upcoming Assembly Polls. He even advised the Party Leaders not to treat the count of seats offered by Congress as a matter of prestige but focus on winning as many as possible from the allotted ones.

Analysts say, Chandrababu Naidu campaigning in Telangana Polls is like making a self goal. Why because, TDP formed an alliance with Congress against the ideology with which it was floated by NTR. Naidu will have to share stage with Congress Leaders at some point and appeal voters to vote for the national party.

On the other hand, TRS Leadership grabs this opportunity to project the Assembly Polls as the battle between Andhra Rulers and Telanganites. TDP won’t be able to win even 4-5 seats if such a situation arises.

Neither TDP nor any other Parties in Mahakutami might get benefitted from Babu’s Poll Campaign. Congress, TJS and CPI fear that canvassing of TDP Supremo could eventually benefit TRS. #KhabarLive