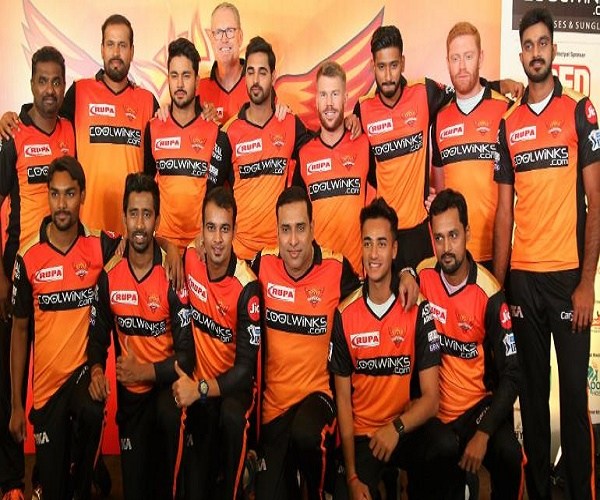 Despite being one of the top teams in IPL in the last three years, Sunrisers enter yet another season of the competition with not many eyeballs tracking their every pre-season move. Even without too many big Indian names, they will still be one of the most complete squads on paper.

Not only do they have players and backups for most positions, and even problem of plenty in some, they have a squad that has proven performers under pressure. Historically, a settled core has proved to be successful in IPL, and Sunrisers will bank on that yet again.

If Sunrisers Hyderabad were slightly trendier than what they are, they would’ve proudly joined the fad and claimed, ‘We don’t believe in labels’.

Call them whatever, they’ll slip into any tag and still be the perfect fit.

One of the biggest advantages for the team will be the return of David Warner. He may not get back the post of a captain, but he will still be a crucial member in the leadership group – Tom Moody and Kane Williamson – that has been key in SRH’s success. Not to forget, he also adds muscle at the top of the batting order, that is now missing Shikhar Dhawan.

ALSO READ:  How Williamson Of SRH Trumped Rahane Of RR In The Battle Of Stand-In Skippers In IPL 2018

Dhawan’s loss, otherwise, isn’t a bad thing for the team, given the kind of barter they have managed to strike. In Vijay Shankar, Abhishek Sharma and Shahbaz Nadeem, they have managed to fill some critical gaps in their team and also beef up their backup. The exchange and the buys of Jonny Bairstow and Martin Guptill, to go with the current assembly, has ensured that there”ll never be an over-reliance on a specific player to dictate the fortunes of the team.

Sunrisers Hyderabad’s strength lies in the fact that they have one of the most complete squads in this year’s campaign with a good enough back-up for almost all the players who are likely to be a part of their starting XI. They can beef up their top order by having Jonny Bairstow and Kane Williamson to partner Warner in the top three or make it all-around heavy by playing both Mohammad Nabi and Shakib Al Hasan, alongside Vijay Shankar. Or they can continue to rely on a strong bowling attack by having Billy Stanlake to form a pace trio with Bhuvneshwar Kumar and Siddarth Kaul. The fact that they can try out all these combinations without affecting the balance of the team is a testimony to the strong back-up options they have assembled.

Sunrisers Hyderabad have the names, but… David Warner is returning to intense-cricket – out of form and in limelight; Kane Williamson, Shakib Al Hasan and Abhishek Sharma are coming with injury concerns; Manish Pandey – despite some iconic performances – has been an under-achiever in IPL; Yusuf Pathan, Deepak Hooda and Wriddhiman Saha are out of form. Jonny Bairstow hasn’t played in the IPL and Martin Guptill can still be hit and miss in the IPL. Question marks remain over how many games Bhuvneshwar Kumar will play with the Indian team management keeping a close eye on his workload before the World Cup.

In all of Sunrisers Hyderabad’s success in the last few years, they have relied heavily on their bowling attack to come good. They have always had some support from the top order – David Warner, Shikhar Dhawan or Kane Williamson, but overall, the batting unit has performed below par.

Manish Pandey, Deepak Hooda and Yusuf Pathan can win them matches single-handedly on their day, but they need to be consistent. With the inclusion of Vijay Shankar in the squad and the presence of foreign all-rounders in Shakib Al Hasan and Mohammad Nabi, the middle order wears a stronger look. This year, they have the opportunity of making Sunrisers look a far threatening side than it was if the middle order fires.

Despite having the right personnel for the right job, Sunrisers have been over-reliant on their bowlers, especially Rashid Khan, who has been a game changer for them. With questions over Bhuvneshwar Kumar’s availability in the campaign due to the world cup, if the Afghanistan leggie is countered safely, the burden on the rest of the side can increase massively. #KhabarLive