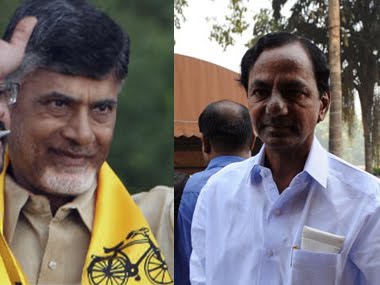 The regional sentiment involving statehood for Telangana and Samaikyandhra (unified state) dominated the scene in the last election in undivided Andhra Pradesh in 2014. Political power was transferred from a national party (Congress) to the regional players in the two states as an offshoot of the regional sentiment that proved to be a windfall for the TRS in Telangana and the TDP in Andhra Pradesh. The bogey of Samaikhyandhra, spearheaded by the TDP in Andhra, has become a non-issue after the partition of the state.

Although pro-Telangana sentiment continues to be alive, the ruling TRS cannot afford to face the next election only with that plank. The TRS emerged on the political scene following the failure of the TDP, a regional party floated with self-pride of the Telugu people as its central philosophy, and the failure of the Congress as well to provide space for accommodating sub-regional aspirations.

Similarly, the regional parties TDP and TRS that came to power in 2014 have empowered only a few dominant upper castes with which they are identified, causing discontent in the other numerically strong communities. The resource-rich Reddys, considered as a political class since Independence, became displaced from power with the bifurcation of the state.

Incidentally, the community, which was at the helm in the Congress, presided over the state division. Making way for caste-based electoral mobilisation, Reddys are getting consolidated from across the spectrum post-bifurcation as a formidable force to regain power in Telangana under the umbrella of Grand Alliance.

In a bid to counter the Grand Alliance, Telangana Chief Minister K Chandrasekhar Rao began wooing the affluent Khamma settler community from Andhra region. In fact, Rao kept the embers of regional sentiment alive during the separate Telangana movement by projecting Khammas as a villain of the piece.

Sensing trouble from the Reddys, KCR, in a clever move, too made a U-urn. He admitted former minister Tummala Nageswara Rao, a vocal Khamma leader in the TDP since its formative days, into the TRS and made him a minister in his government. Besides, he appears to be sending overtures to strike an alliance with the TDP in Telangana .

In Andhra Pradesh, support from Kapus, a dominant community spread over four coastal districts, became crucial to the TDP-BJP ruling alliance to win the election in 2014, besides Samaikyandhra sentiment. Naidu, heading the electioneering from the TDP, promised reservations and a deputy chief minister post for Kapus. Besides, he roped in film star Pawan Kalyan from the Kapu community, brother of Praja Rajyam Party (PRP) founder K Chiranjeevi, into election campaign for the alliance.

Even as former minister Mudragada Padmanabham launched a series of protests seeking to pin down Naidu on his quota promise, the latter’s government passed a bill in the Assembly providing for 5 percent reservations to the community. Kapus constitute 22 per cent of the electorate in Andhra Pradesh and their alignment with Chiranjieevi’s PRP led to the TDP’s debacle in 2009 election.

The Backward Classes status for Kapus angered the communities already listed under the category, while triggering similar demands from the Most Backward Communities within the BCs.

The BCs, who have been subjugated under the dominance of Reddys in Rayalaseema and Kapus in parts of coastal Andhra, continued to be a major vote bank for the TDP since the allotment of 50 per cent quota by its founder NT Rama Rao in the local bodies.

The history of caste politics in undivided Andhra can be categorised into three phases. Reddys, who predominantly live in Rayalaseema and Telangana, held sway in politics during the Congress-led unipolar politics from 1950s to 1980s. Khammas, basically a business community, emerged as a ruling class with the establishment of the TDP in 1982 by NT Rama Rao—himself a member of the community.

ALSO READ:  Why Students Drop Out Of Govt Blind School In Hyderabad?

Bipolar caste politics made way for the multi-party era after film star K Chiranjeevi from Khammas and retired IAS officer N Jayaprakash Narayana in the undivided AP and K Chandrasekhar Rao from Velama community in Telangana shot into politics with their own outfits toward the beginning of 2010.

The Kapu iconic leaders, Mudragada Padmanabham and Pawan Kalyan, are expected to play a key role in caste-based electoral mobilisation in the coming elections. The YSR Congress is finding an ally in Padmanabham even as CM Naidu is at his best taming Pawan, who is keen to emerge as independent entity.

According to Srikrishna Committee report, the population of upper castes dominating the political spectrum is on the decline from 29.9 percent to 21.9 percent in the last seven decades from 1931 to 2001. This phenomenon has forced major political players to woo BCs for survival in the present-day competitive politics. #KhabarLive